Diabetes Could Be Cured Using Healthy People’s Poop, According To New Research

The newfound technique could end the need for painful insulin injections. 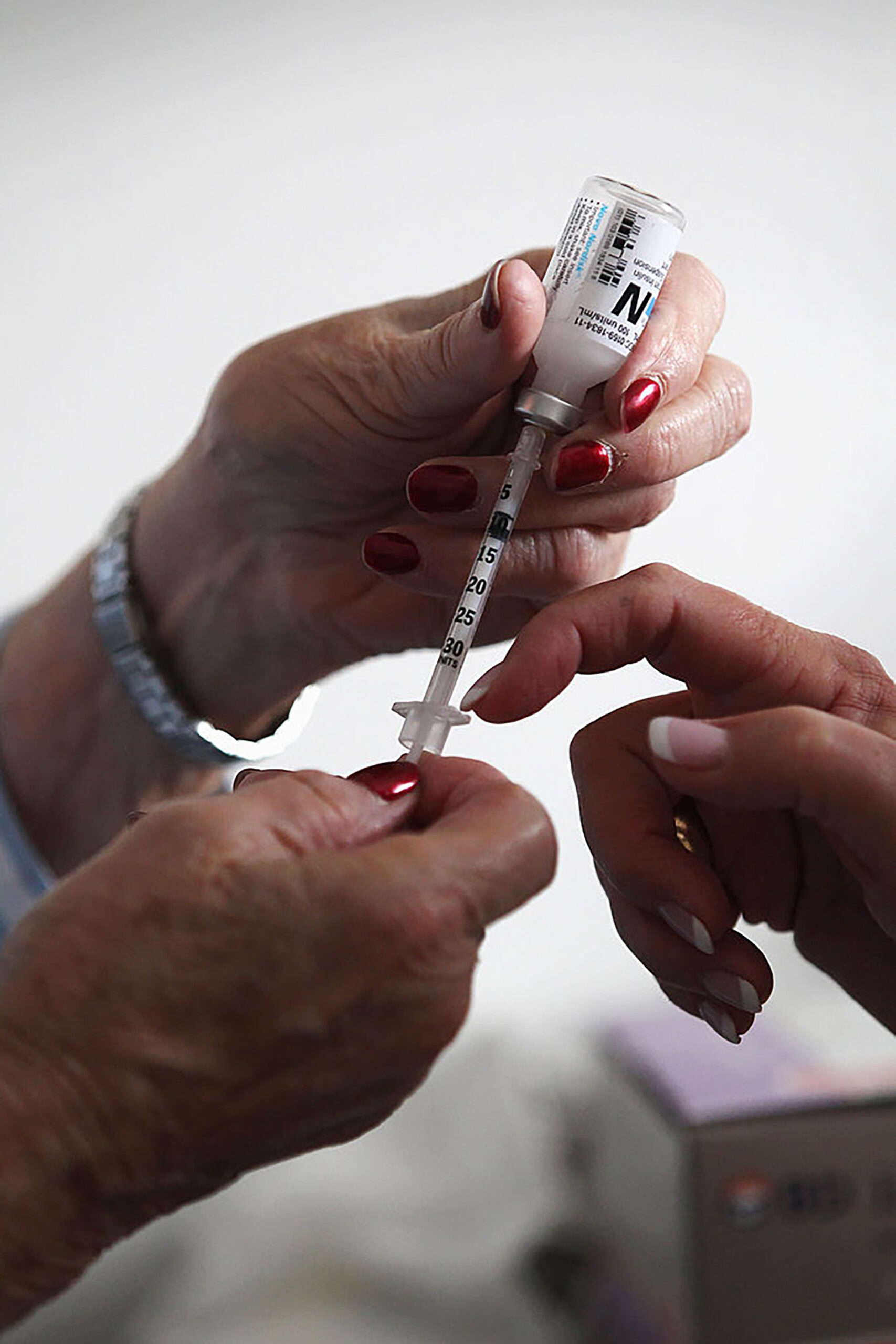 Registered nurse Susan Eager (R) teaches a diabetic patient how to draw her own insulin injections during a house call on March 26, 2012 in Denver, Colorado. (Photo by John Moore/Getty Images)

Diabetes could be cured using healthy people’s poop, according to new research.

Experiments found microscopic organisms transplanted into mice stopped the progression of the disease.

The technique could end the need for painful insulin injections. It involves engineering E.coli bacteria from stool samples.

They also have the potential to treat a range of gut conditions – ranging from obesity to IBS (irritable bowel syndrome).

Senior author Professor Amir Zarrinpar, of the University of California, San Diego, said: “All I can say to the non-native bacteria is good luck.

“The gut microbiome is very dynamic and is constantly changing, making things even harder for the non-native bacteria.”

Scientists have long tried to introduce genetically engineered bacteria into the gut to treat diseases.

In the past, these attempts have focused on engineering common lab strains of E. coli, which cannot compete with the native gut bacteria that are well adapted to their host.

Prof. Zarrinpar said: “It is challenging for bacteria that have never lived inside of a mammal before to now go into the gut microbiome jungle with all of these hostile conditions that are geared towards preventing bacterial invaders from taking hold.”

It made them more robust – extending survival in the hostile gut environment long enough to treat disease.

Prof. Zarrinpar explained: “Bacteria in our body are adapted to each one of us specifically: the kind of foods we eat, the common stresses our body experiences or induces, and our genetic background.

“This constantly fluctuating environment is their normal.” It is a big advantage for native bacteria and makes them ideal candidates for engineering.

Prof. Zarrinpar said: “We have engineered these bacteria to become factories that can live in our microbiome and potentially produce medicines.

“We know E. coli can pick up pathogenic genes and cause disease, and now we are just realizing if we put a beneficial gene in, it can help us to treat chronic diseases, maybe even cure some of them.”

The researchers first collected stool samples from the host and extracted E. coli for further modifications.

Prof. Zarrinpar said: “We say to the bacteria: Hey, we will give you a new superpower, which you may not even benefit from, but we will put you right back into the environment that you thrive in.”

He likened BSH to a ‘superhero’. After a single treatment in mice, the E. coli were found throughout the entire gut, with activity retained for the entire lifetime of the host.

The study in the journal Cell also showed it was able to positively influence diabetes progression in lab rodents.

It is a significant improvement over similar treatments with non-native laboratory strains of engineered bacteria, where more than one treatment is often required.

And they do not stay in the host’s gut for nearly as long as, or as consistently as, the native E. coli method identified by Prof. Zarrinpar and colleagues.

In addition to successfully influencing diabetes in mice, the group was also able to make a similar modification to E. coli extracted from the human gut.

Prof. Zarrinpar described the results as “substantial”- but there is more work to be done. Engineering native bacteria comes with another set of challenges.

He said: “Native bacteria are very resistant to modifications; it is part of their innate defense mechanism.”

The data suggest inserting a gene into a native bacterium has about a 100-fold lower success rate than doing so with lab strains. But the researchers are optimizing the process.

Prof. Zarrinpar said: “There are many new genetic engineering tools available now that will allow us to engineer these bacteria more effectively.”

The group is planning on using this technology to find ways to treat more diseases.

“This technology is something that can potentially open up the application of the microbiome therapy to influence so many different chronic and genetic diseases.”