The ship was en route to Puerto Madryn, Argentina, when the seafarer suffered from a cerebrovascular accident. 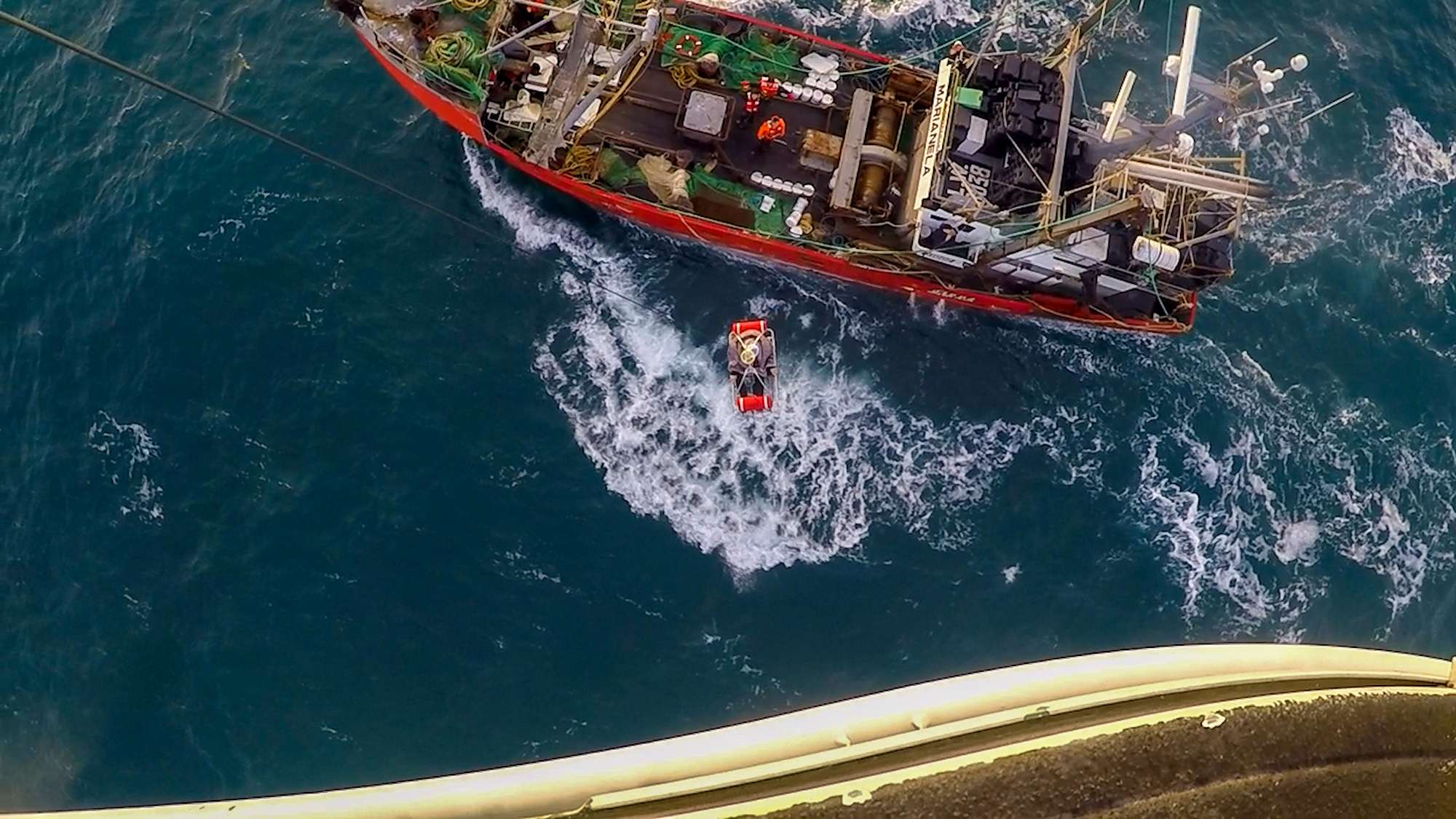 Personnel from the Argentine Naval Prefecture lift a crew member from a fishing vessel to a rescue helicopter, in an undated photo. The man needed urgent medical attention because he was suffering from a stroke. (Prefectura Naval Argentina/Zenger)

This is the moment an ocean rescue helicopter team airlifts a trawler crew member to safety after he suffered a stroke and agonizing chest pains.

The boat – 90 kilometers (56 miles) off the coast of Argentina – called for help when the stricken seaman reported stroke symptoms on Tuesday, August 2, according to a statement Zenger News obtained from the Argentine Naval Prefecture.

The ship was en route to Puerto Madryn when the seafarer suffered from a cerebrovascular accident (CVA), according to the statement.

The statement said: “The emergency began when the captain of the Argentine-flagged fishing vessel Marianela made radio contact with the Prefecture of Mar del Plata reporting that one of its crew members had difficulty breathing, chest pain, numbness in his arms and high blood pressure while sailing to Puerto Madryn.”

After being contacted by radio, the rescue team proceeded with an emergency evacuation of the man at sea.

Once they reached the ship, the team lowered a metal container for the crew member, who was lifted up to the helicopter, where he received medical attention while the team coordinated the arrival of an ambulance at an airport in the city of Trelew, still according to the statement.

Video footage of the rescue, filmed from the rescue helicopter, shows the crewman of the Marianela fishing vessel being winched up to the helicopter as he sits in a metal rescue chair.

A medical rescue team – from the Argentine Naval Prefecture in Chubut Province – gave the crewman, who has not been named, emergency treatment as they flew back to the mainland.

Once they had safely landed, the seaman was transferred to the ambulance, as can also be seen in the footage, before being taken to the hospital. There have been no updates on his condition.

According to experts, every second counts when it comes to treating a stroke.

The U.S. Center for Disease Control and Prevention (CDC) has laid out the following plan to act F.A.S.T. to identify the signs of a stroke:

Further symptoms of a stroke include confusion, difficulty speaking and trouble understanding others, as well as difficulty walking, dizziness, a sudden headache, trouble seeing and a loss of balance.