It would have been one of the most ornamented heavy swords of the period.
By Martin M Barillas August 4, 2022
Facebook
Twitter
Linkedin
Email 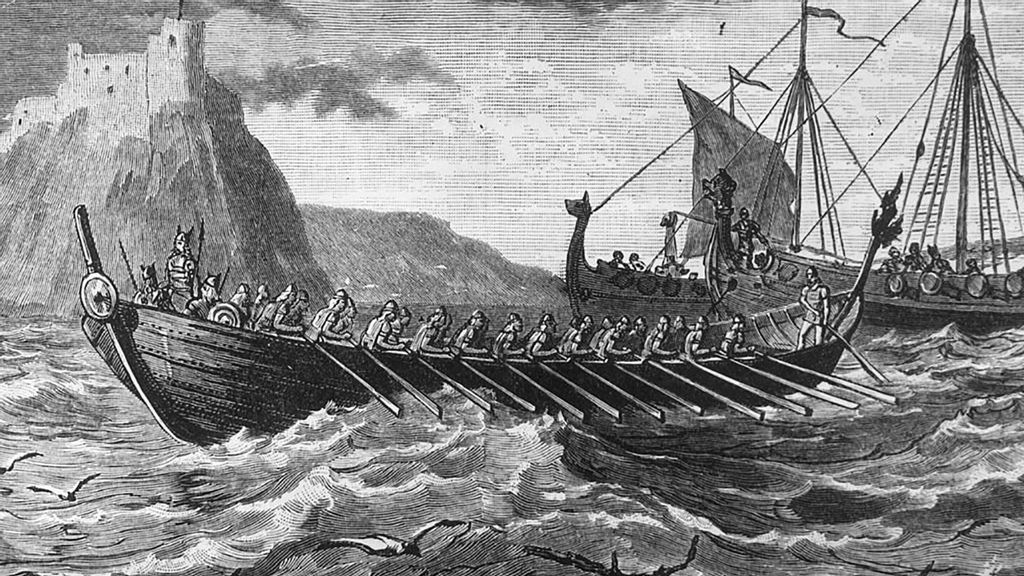 Amateur detectives have uncovered remnants of a Viking-era sword that shows intricate and spectacular workmanship of a millennium ago.

Two enthusiasts found, independently of each other, a sword broken into three pieces in the Jåttå/Gausel area in Stavanger, a city in southwestern Norway that was founded in 1125.

They found the relics near the grave of the so-called “Gausel queen,” which was discovered in 1883 and is still considered one of the richest women’s graves from the Viking Age of 793 to 1066. Rich artifacts looted from the British Isles were found in the grave.

Only 20 similar swords of this type have been found in Norway, out of approximately 3,000 total Viking swords found. The blade is missing, but the hilt has unique and exquisite detailing not previously witnessed.

It would have been one of the most ornamented heavy swords of the period, while the remaining hilt is decorated with gold and silver.

Conservator Cora Oschmann of the University of Stavanger said of the work of restoring the find: “It is very exciting to work on a find like this. It is challenging work, but we uncover new details daily.”

The sword’s décor includes gilded elements of the typical Iron Age and Viking Age animal styles found between 550 and 1050.

The hilt is also decorated with geometrical patterns in silver, made with the so-called niello technique.

Niello is a black mixture of sulfur, copper, silver, and lead that is used to inlay engraved or etched metal, especially silver and gold. Added as a powder, when fired it melts and then flows or is pushed into the engraving on the metal. The surface of the metal is then polished to emphasize the contrast with the black niello.

The crossguard of the newly discovered hilt are shaped like animal heads. “The technique is of a very high quality, and both the lavish and complicated decor and the special formation of the crossguard make this a truly unique find,” said archaeologist Zanette Glørstad of the university’s Museum of Archaeology.

According to the museum, this sword type was probably imported to Norway and has been found in both Eastern and Western Europe. “But it is possible to imagine that copies of these types of swords were made by very competent sword smiths in Norway,” Glørstad said.

“The décor suggests that the sword was made in France or England, and that it can be dated to the early 800s, like the sword found on the island Eigg”, Glørstad said.

The Jåttå/Gausel-area in southwestern Norway is believed to have been the starting point for extensive alliances and looting. “Viking” is the term used to describe seafaring Norse people irrespective of nationality in the Middle Ages.

For the Anglo-Saxons of England of the time, the word came to mean pirate or raider. The first known attack by Viking raiders occurred in 793 at the island monastery Lindisfarne in northern England near the Scottish borderlands.

“The location of the find, close to the Gausel queen, means that we have to take a new look at the entire Jåttå/Gausel area,” said Håkon Reiersen of the Stavanger museum.

The metal detector enthusiasts who found the artifacts immediately turned them over to the government, as required by law. Once conservation is completed, the sword will be exhibited at the Museum of Archaeology at the University of Stavanger.