The footage was obtained from the 28th Mechanized Brigade of the Ukrainian Ground Forces. 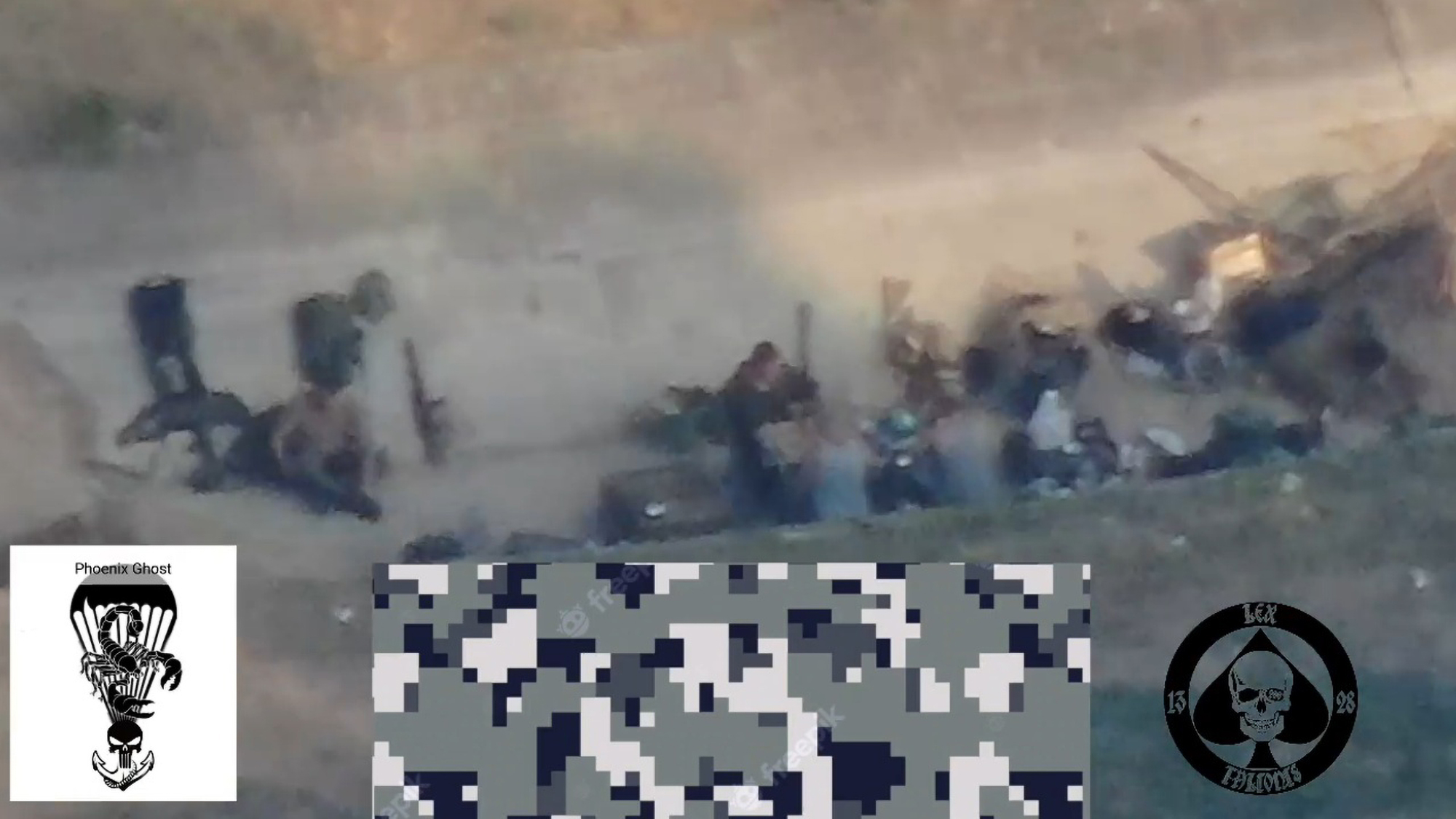 The picture shows Russian soldiers in a trench in Ukraine in undated footage. According to Ukrainian military authorities, Russian servicemen were killed as a result of drone and mortar assaults.  (@28brigade/Zenger)

This footage shows a U.S.-made Phoenix Ghost kamikaze drone blowing up Russian troops in a trench on the front lines in Ukraine.

The footage first shows Russian troops in what appears to be a trench. Some appear to be resting, while one soldier appears to be playing a board game with another soldier.

The images then show the drone flying high in the sky before it suddenly dives almost vertically toward its target. It explodes on impact. Other explosions can then be seen hitting the area before the footage ends.

The footage was obtained from the 28th Mechanized Brigade of the Ukrainian Ground Forces – also known as the 28th Separate Mechanized Brigade named after the Knights of the Winter Campaign – on Monday, August 1, along with a statement saying that it had used a kamikaze drone to take out Russian forces before pounding the remainder of their forces with a mortar.

The Center for Strategic Communications and Information Security said in a statement obtained on Tuesday, August 2 that the images show “the Phoenix Ghost kamikaze drone works on enemy positions”.

It added that it was a “joint reconnaissance operation of the 28th Separate Mechanized Brigade named after the Knights of the Winter Campaign, the SSO [the Special Operations Forces] and the drone in the elimination of the occupiers”.

It also said: “The defenders managed to eliminate two servicemen of the Russian army and wounded three more. After the kamikaze drone attack, the positions of the Russian occupiers were covered by the soldiers of the Armed Forces of Ukraine with shots from an 82 mm mortar.”

The Phoenix Ghost is a small explosive drone built by American company Aevex Aerospace. The United States has provided hundreds of these drones to Ukraine since the beginning of the Russian invasion.

Zenger News contacted the 28th Mechanized Brigade for further comment, as well as the Russian Ministry of Defense, but had not received a reply at the time of writing.