The images were obtained from the Command of the Ukrainian Air Assault Forces on Tuesday.
By Joseph Golder August 4, 2022
Facebook
Twitter
Linkedin
Email 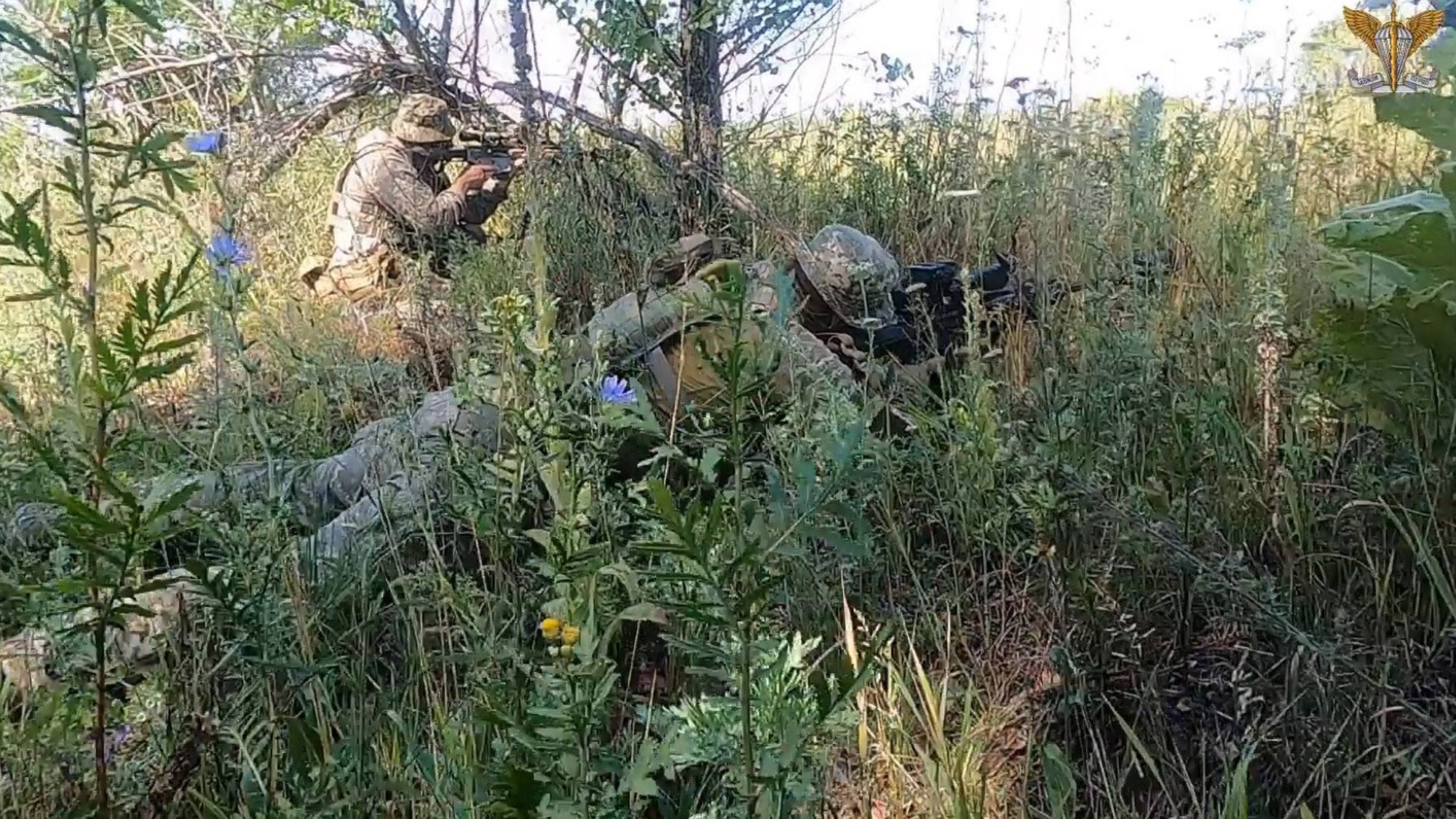 Snipers of the 79th separate amphibious assault brigade of Mykolaiv aim their guns in forest area in Donetsk region, in Ukraine in an undated photo. Together with other units, snipers of the Ukrainian Air assault troops took an active part in destroying Russian enemy's manpower. (@www.dshv.mil.gov.ua/Zenger)

The footage shows what a Ukrainian sniper sees through his sights, showing Russian soldiers being killed during the ongoing war in Ukraine.

It said that the “snipers of the 79th Brigade of the Special Forces spoke about the peculiarities of their profession and combat service.”

One sniper reportedly said that the hardest challenge is fighting in forested areas, where the distance between the shooter and the enemy is typically much shorter.

“Together with other units, snipers of the military unit take an active part in destroying the enemy’s manpower.

Zenger News contacted the 35th Separate Marine Brigade for further comment, as well as the Russian Ministry of Defense, but had not received a reply at the time of writing.