Experts had judged it was impossible to simply lead the cow to safety.
By William McGee August 4, 2022
Facebook
Twitter
Linkedin
Email 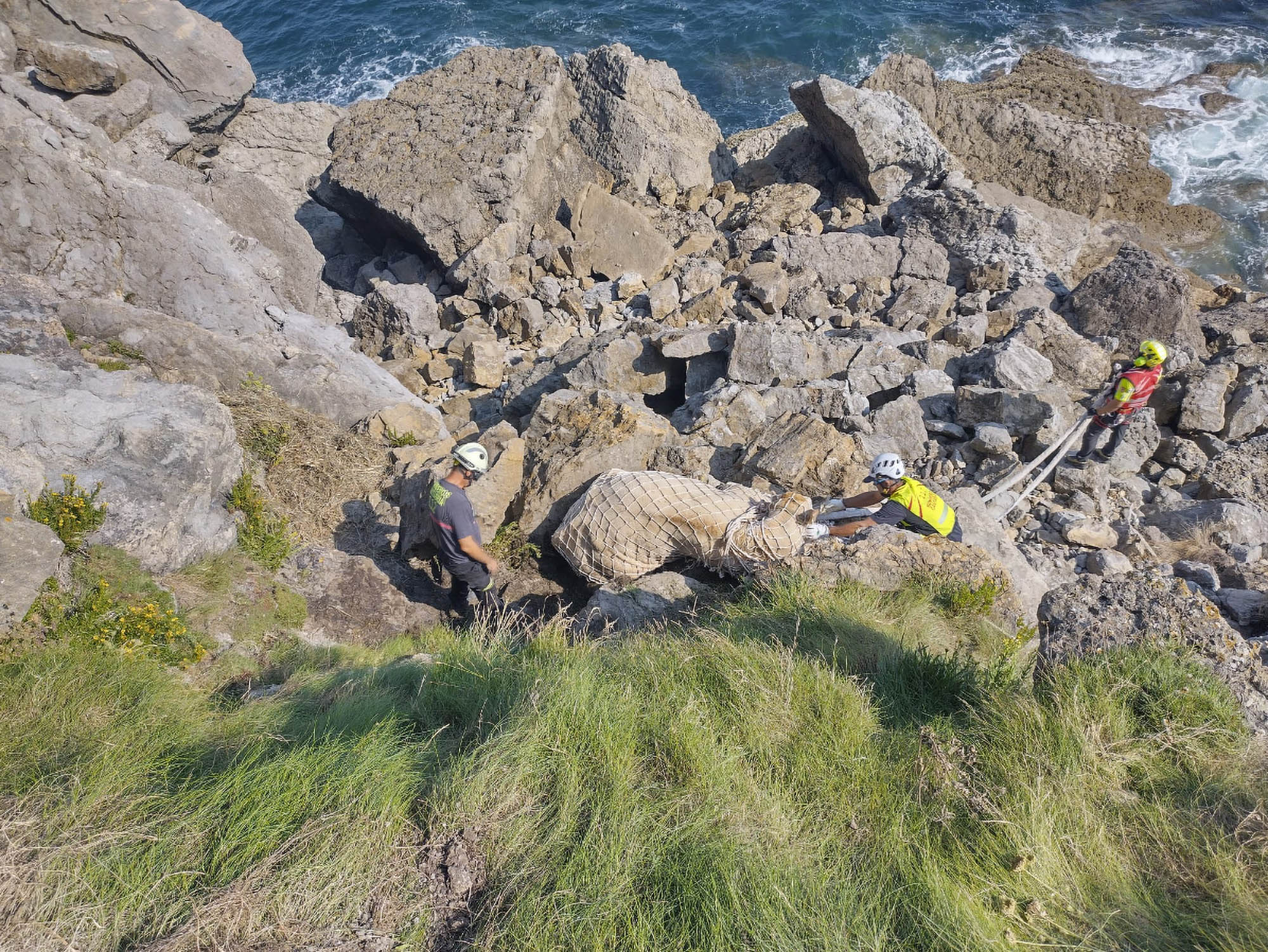 Emergency service workers with the cow that fell off a cliff in Ruiloba, northern Spain, in an undated picture. The cow was rescued using a helicopter.  (@112Cantabria/Zenger)

This is the moment a cow weighing over a thousand pounds is rescued from the bottom of a sea cliff after slipping off while grazing.

But the scene, which unfolded in northern Spain, was more like a special-forces operation than an animal rescue.

Experts had judged it was impossible to simply lead the cow to safety.

Facing two options: euthanizing the cow on the spot or removing it, the rescue team opted for the latter rather than the health risk that a decomposing would pose.

So firefighters and a veterinarian had to get down to the bottom of the drop, where they sedated the cow and wrapped it in a sling net.

Then a medevac helicopter was dispatched to winch up the stricken beast to safety.

Amazingly, the cow had suffered only minor injuries in the fall in Ruiloba, in the Cantabria region, on August 1.

It was part of a herd belonging to Adrian Toyo of Casasola, which is a town on the shore of the Bay of Biscay.

The emergency services in Cantabria said in a statement on Tuesday, July 2: “A helicopter and firefighters rescue a cow that fell off a cliff in Ruiloba.

“We received the notice last night and mobilized the fire department to assess the situation.

“The owner was informed that the rescue was not possible at this time and would be attempted during daylight.

“In the early morning, we returned to the site to evaluate the area and the technical requirements.

“Due to the impossibility of evacuating her by any other means, it was decided to evacuate her by air, the only way to take her to a safe area and save her life.

“Rescue technicians and firefighters prepared the area for the helicopter, and access to a veterinarian was facilitated to proceed with the sedation of the animal.

“With the aircraft in place, the animal was secured in the net and the evacuation operation began.

“Workers on the ground guided the hoisting so the animal would not hit the rocks.

“The cow was left by the helicopter team in a safe area and has only minor injuries.

“If the evacuation were not carried out, the animal would not be able to leave the place or survive in the narrow point where it was found, also giving rise to a health problem.”