Russia Shows Off Its Mi-28 Helicopters Attacking Targets In Ukraine

The footage was obtained from the Russian Ministry of Defense on Wednesday, August 3. 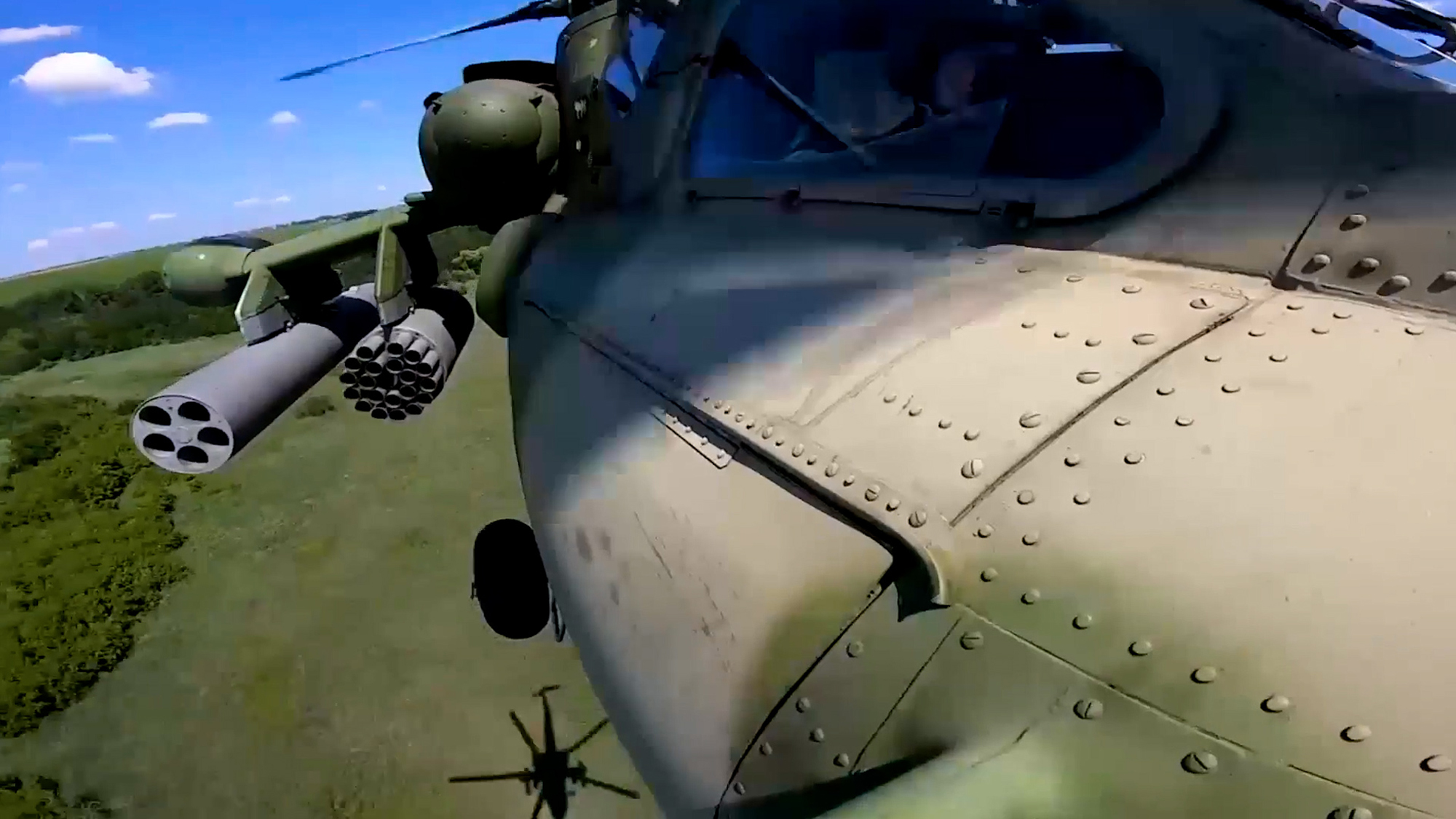 Russian Mi-28 multi-purpose attack helicopter flies on a combat mission in Ukraine in undated footage. Russian Ministry of Defence reports that as a result of regular combat missions, command posts and armored vehicles of the Armed Forces of Ukraine units were destroyed. (Ministry of Defense of Russia/Zenger).

The images show what appears to be a Russian attack helicopter flying low over a river before it then passes over open countryside. It can then be seen apparently firing its weapons at unseen targets.

At one point it appears to deploy flares, possibly in a bid to evade incoming fire. The footage then shows the attack helicopter flying over water again before it can be seen apparently returning to base and landing.

The helicopter can be seen sporting the now infamous ‘Z’ symbol on its tail.

The ‘Z’ and the letters ‘V’ and ‘O’ are among the symbols that can be seen painted on Russian military vehicles taking part in the invasion of Ukraine.

The footage was obtained from the Russian Ministry of Defense on Wednesday, August 3, along with a statement in Russian claiming: “During the special military operation, the helicopter crews of the army aviation of the Western Military District continue to carry out the tasks of destroying armored vehicles and military infrastructure of the Armed Forces of Ukraine, escorting military columns, delivering troops, military cargo, air support for units. All flights take place at extremely low altitude.

“As a result of regular combat missions, command posts and armored vehicles of the Armed Forces of Ukraine units were destroyed.

“Mi-28 multi-purpose strikers are loaded not before take-off, but immediately after landing. As soon as the propellers of the machine stop spinning, the technicians replenish their ammunition.”

“While some army aviation crews of the Western Military District are just returning from a combat mission, others are already preparing to take off. In the take-off and landing mode, the airfield operates non-stop. Each combat mission is preceded by scrupulous pre-flight preparation.”