Vets diagnosed the dog as blind in one eye and had lens issues in the other that would deteriorate.
By Simona Kitanovska August 4, 2022
Facebook
Twitter
Linkedin
Email 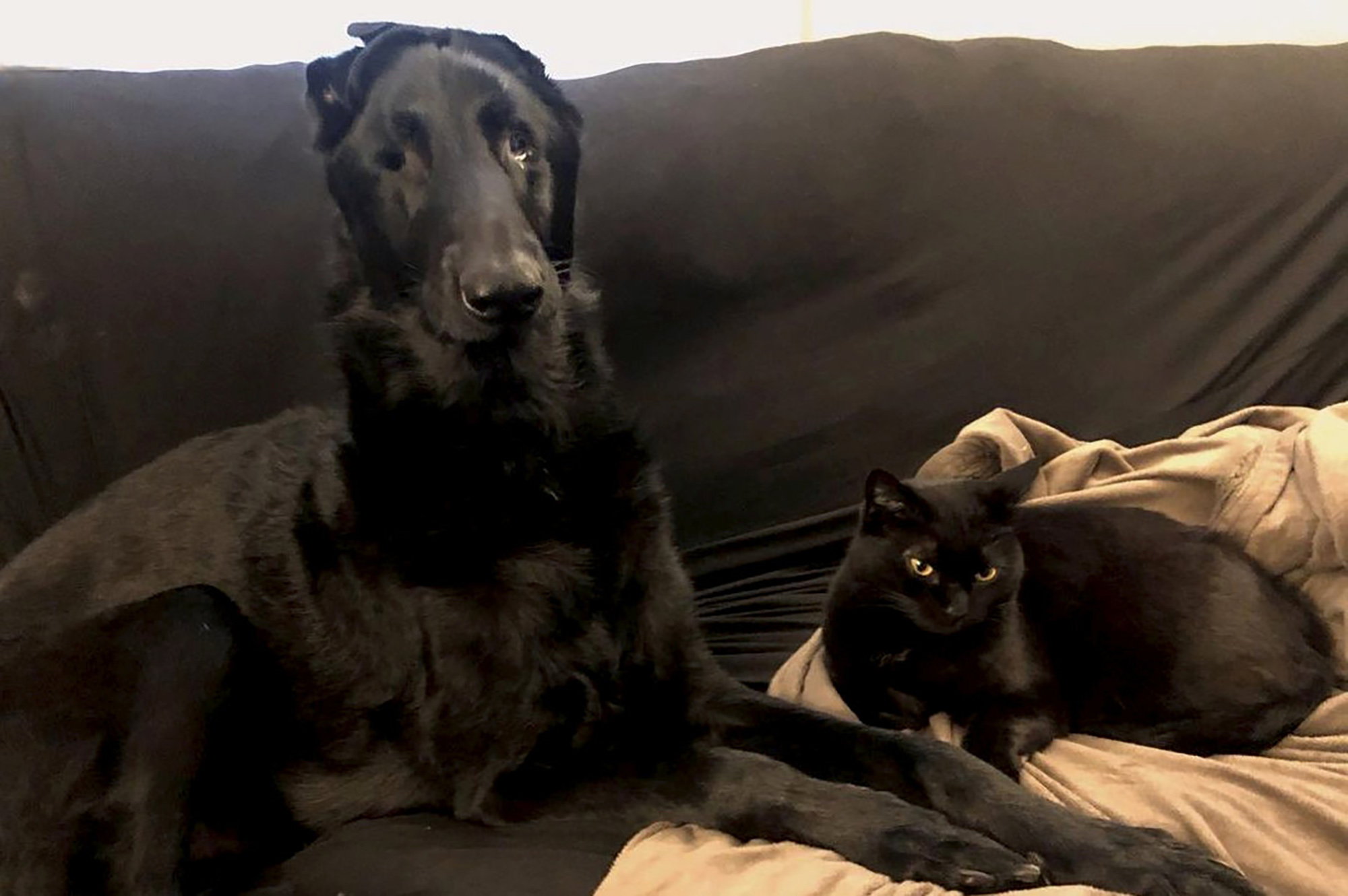 Meet Blaze, the blind dog who has his own guide …. cat!

Blaze went blind in 2020, but thankfully his cat sister Satin has learned to ‘talk’ to him and guides him to get around and helped adjust to his blindness.

Vets diagnosed Blaze as blind in one eye and had lens issues in the other that would deteriorate.

But guide cat Satin took it all in her stride and, after getting used to being stood on by her leggy new flatmate, the pair became inseparable.

Wagner, a preschool teacher from Burlington, Vermont, said: “A new creature was all up in her space and even when he could see ran into her a lot.”

The vets recommended surgery in order to preserve what remained of Blaze’s sight and prevent glaucoma, but to no avail.

Blaze went fully blind in October 2020, and in December that year, had his eye right eye removed to stop infection.

“We had to do a lot of work with trainers to help him gain his confidence back.”

By this point, both pets were fast friends, but the blindness created more issues between them.

Wagner said: “Satin enjoys rubbing herself against his long legs, much like a cat does against a table or chair. Once Blaze totally lost vision though, she was getting stepped on a lot.”

But then Wagner noticed something incredible.

She added: “We noticed a beautiful new change.

“Both the cat and the dog like to hang out in our bed with us. When Blaze would jump up, Satin would go barreling out of the room before he stomped on her.

“But over time, we noticed Satin staying in her spot and giving Blaze a nice loud meow. He’d stop himself, and walk around her.”

The effort the little black cat made paid off, and she began to use it when they were getting around the house as well.

The little cat had learned to use her meows and chirps like a sonar, helping avoid collisions with the 80-pound dog.

Wagner said: “Every time he’d be walking towards her, she would meow. She would meow and he would stop and redirect himself.”

And it seems like having this friend through such a difficult time was important to Blaze. It appeared to help him feel less isolated.

“Before going blind they were more like ships passing in the night. Now, they take opportunities to acknowledge each other.

“While she isn’t the most affectionate and cuddliest of cats with us, she for sure tells Blaze she loves him, and it’s the most beautiful thing to see.”