Octogenarian Who Once Performed With The Beatles Stuns With Impromptu Singing

Staff at Park View Nursing Home had organized a picnic party with games and refreshments for their residents, family and friends.
By Simona Kitanovska August 4, 2022
Facebook
Twitter
Linkedin
Email 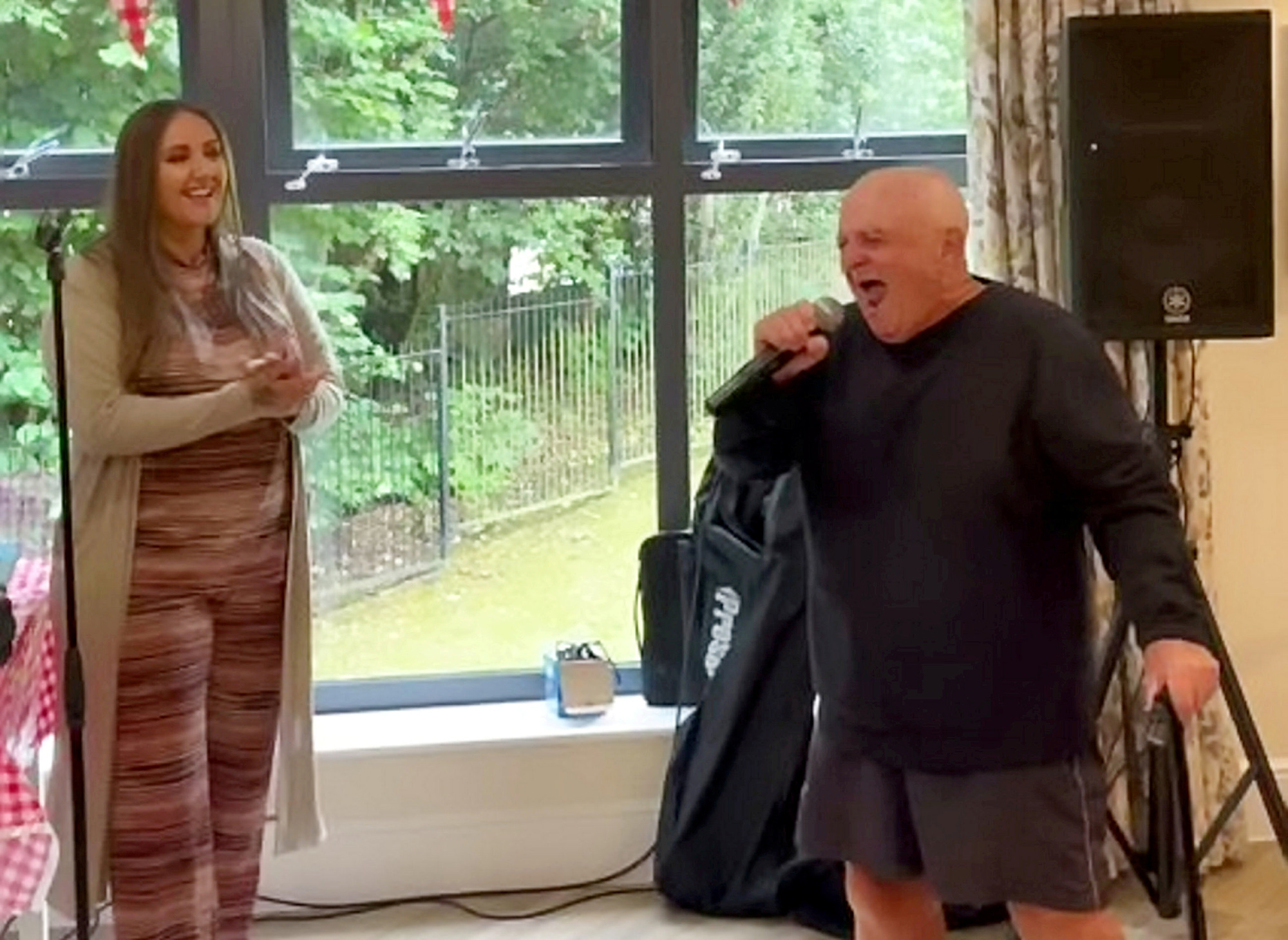 Dave Williams stunned everyone with his note perfect rendition of 'Unchained Melody', by The Righteous Brothers in Liverpool, in the United Kingdom, on July 23, 2022. (Jodie Solaiman,SWNS/Zenger)

Dave Williams stunned everyone with his note-perfect rendition of ‘Unchained Melody’, by The Righteous Brothers.

But the virtuoso performance would have come as no shock to those who knew Williams as he had previously sang with The Beatles – three times.

Staff at Park View Nursing Home in Liverpool, in the United Kingdom, had organized a picnic party with games and refreshments for their residents, family and friends.

Guests had enjoyed a performance from local vocalist Toni Nesbitt, when Williams asked if he could sing a song himself.

Williams, the father of Park View’s chef Debbie Williams, stood up and blew the entire room away.

He said: “When I got up my daughter was begging me to sit back down, but I’m glad I didn’t!

“One of the audience was a patient with dementia – after my performance I saw her singing the song to herself, which was brilliant.

“I owe my life and my happiness to the National Health Service.

“I know it’s going through a bad patch but it really is an excellent service with excellent people who give 100 percent.”

Wellbeing Coordinator Jodie Solaiman spoke to Williams after his stellar performance and discovered that he had also sung with The Beatles – on three occasions.

Williams started working at Sefton General Hospital, when he was just 15, and spent his free time practicing with his band called The Dices.

His band appeared alongside The Beatles drummer Ringo Starr at the Morgue Skiffle Cellar in Broadgreen, Liverpool in 1958 – although 18-year-old Ringo was not yet then a worldwide superstar.

Williams decided to go solo when he was 17 and secured a gig singing on Friday, Saturday and Sunday nights for about 3 British pounds ($4.25) a night at a small club in Brighton.

He sang with The Beatles at Knotty Ash Village Hall in Liverpool in 1961 – after his friend asked the band if he could get up and join them.

Williams also performed in front of hundreds of people, including Mel C of the Spice Girls, at Paul McCartney’s 58th Birthday on June 17, 2000 at the Linda McCartney Center at the Royal Liverpool University Hospital.

He said: “It was all surreal and something I will never ever forget. The gig at Knotty Ash was a bit awkward – I may have been a bit out of key but I got a good clap!

“At Paul’s birthday, people from around the world came to be there. I’ve been lucky to have these experiences!”

Williams has also worked for Britain’s National Health Service for nearly 50 years, working in operating rooms in the Liverpool metropolitan area while sharing his love for music.

She said: “Words can’t explain how we all felt after his performance. Dave has lived an incredible life, to say the least. He has said he would love to perform for us again!”

Jodie shared the video of Williams to Park View’s TikTok profile, where it has now amassed over 500,000 views.

The video has gained comments from viewers across the world, praising Williams for singing his heart out and inspiring people to enjoy themselves.

The incredible online reaction has been astounding for Williams, who doesn’t use social media, and had not even heard about the social media app before his viral stunt.

Williams was dumbfounded when he went into his local betting shop the following day and the whole shop was clapping and cheering for him.

«Previous Post
Americans Feel Most At Home In Their Kitchens, Where They Spend 400 Hours A Year»Next Post
Special-Forces-Style Rescue For Cow Trapped On Cliff