The mom said: “It’s a miracle I survived, but to then go through the same experience again with my own family is crazy.” 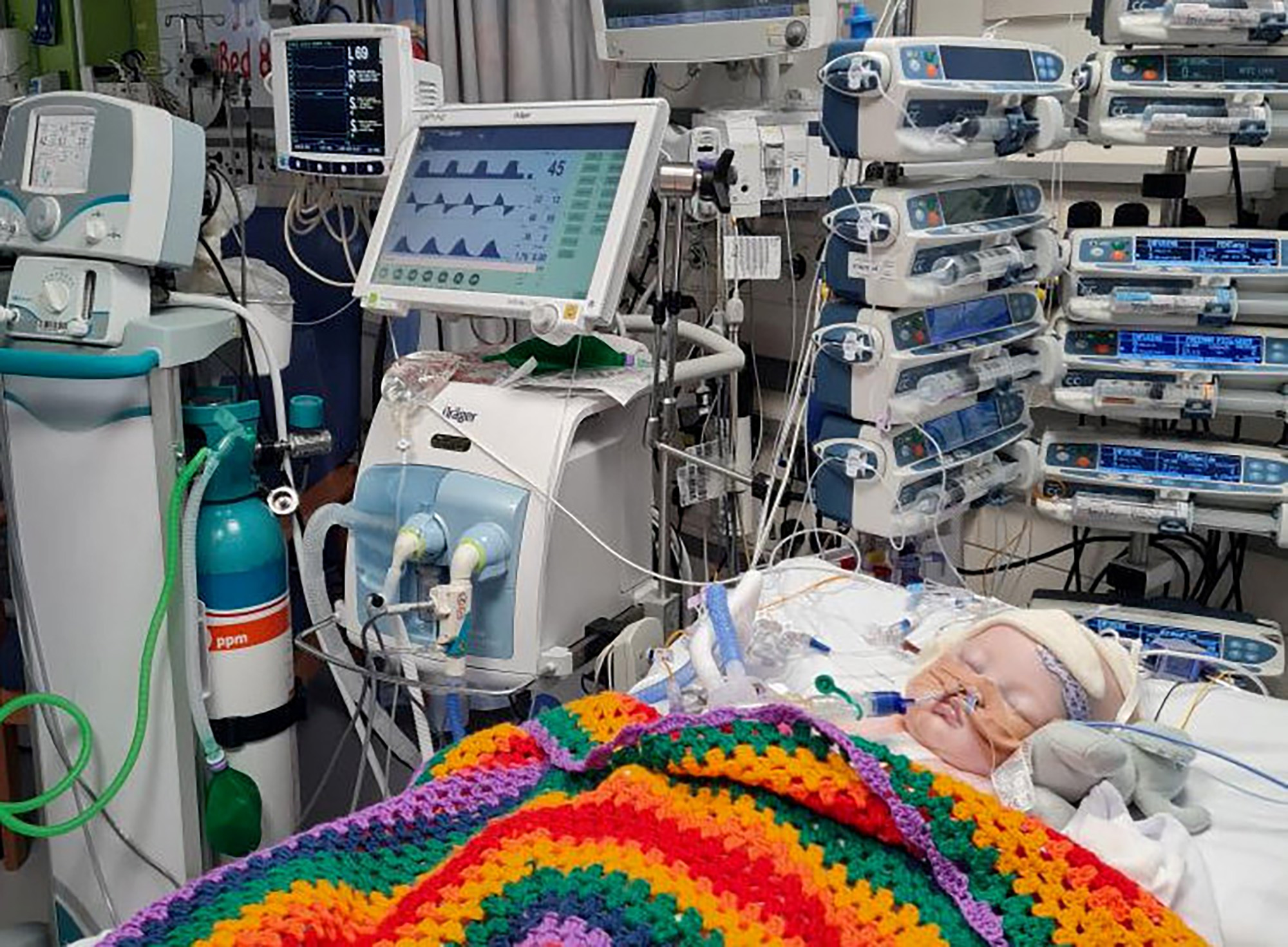 A mother and baby both had surgery in the same hospital ward 23 years apart – after the newborn was diagnosed with a terrifying heart condition.

Megan Ramsey, 29, says her mother’s intuition proved correct when her daughter became ill with the condition called Tetralogy of Fallot.

Tetralogy of Fallot is a congenital condition involving four heart defects, one of which allows blood to flow from one ventricle of the heart to the other.

And she is not the only one in the family to have had an experience there.

Ramsey was just six when she too saw her life saved by the cardiothoracic team at the Freeman Hospital – and even stayed in the exact same ward.

Ramsey, from North Shields, a coastal resort town near Newcastle, in the U.K., said: “It’s a miracle I survived, but to then go through the same experience again with my own family is crazy.

“In a way I felt I was the best person to deal with it because I knew exactly how it felt to be in her shoes.”

Over the first few months of Aurelia’s life, Ramsey and partner David Robinson, 34, couldn’t help but compare her development to twin sister Beatrix.

The couple found that Aurelia was more sickly, not growing as quickly and seemed generally unwell a lot of the time.

During Aurelia’s eight-week check-up at the Royal Victoria Infirmary, doctors found a heart murmur and sent her for a referral.

But Ramsey didn’t hear back for months, in which time her daughter was becoming sicker and sicker.

Aurelia was booked in for an outpatient appointment on July 8, but Ramsey decided she couldn’t wait and took her to the emergency room three days earlier.

Upon her arrival, doctors were immediately concerned about Aurelia’s condition and she was taken into a side room where she was put on high-flow oxygen.

They did scans and blood tests – and that’s when Ramsey first heard the news she’d been expecting.

Ramsey, a mom-of-three, said: “She was supposed to have her outpatient appointment” while adding that they went to the hospital emergency room two days before.

“She was having these grizzly spells and her hands and feet were going blue – she just looked awful.

“She was so lethargic and couldn’t keep her head up, and that’s when I decided to rush her to hospital – I couldn’t wait any longer,” the mom said.

Once she and the baby was examined, she said, “They knew something was wrong – we couldn’t even sit down.

“We were taken into a room and there must have been about 15 doctors from different departments around her bed which was terrifying to see.

“They sat me down and said she had Tetralogy of Fallot which was difficult to hear, but it wasn’t that much of a shock to me.

“I used to be a healthcare assistant on a maternity ward so I’d heard of her condition before.

“A part of me knew all along that this what was making her so sick.”

Ramsey and Aurelia were rushed to the Freeman Hospital that same evening of July 5, where Aurelia later underwent emergency open heart surgery.

After more than a week in intensive care and a number of scary moments, Aurelia was transferred to ward 23 at the hospital.

And, remarkably, some of the staff there were also around more than two decades ago when Ramsey herself was a patient.

Ramsey was diagnosed with tuberculosis when she was aged just six, leaving her in need of a life-saving thoracotomy.

A thoracotomy is a surgical procedure in which a cut is made between the ribs to see and reach the lungs or other organs in the chest or thorax.

Now, the thankful family is planning to fundraise to support the Children’s Heart Unit Fund and staff at the Freeman, who have supported them through this horrendous time.

“I was six and somehow I picked up TB,” Ramsey said. “I spent three weeks on ward 23 just like Aurelia which is just crazy to think.

“Going back there supporting my daughter was so surreal as it’s a miracle I even survived back then.

“Because of my experience I was as best qualified as I could be to support her through this whole ordeal.

“We know she has Tetralogy of Fallot which is a lifelong condition and her life will be slightly different – but she’s doing extremely well.”