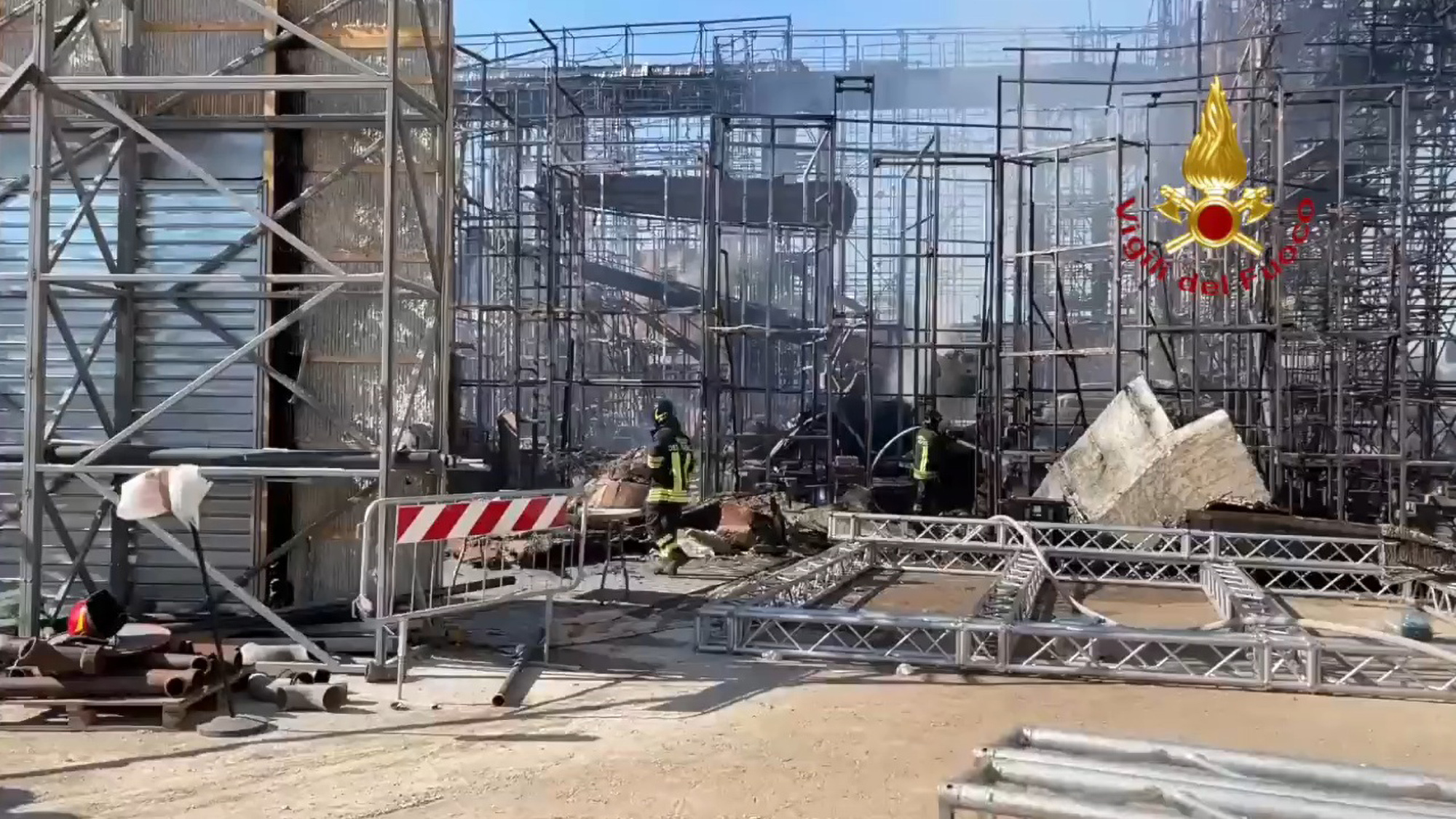 Freighters with the debris after the fire was extinguished at Cinecitta Studios, in Rome, Italy, on Monday, August 1, 2022. There were no reported injuries.  (@vigilidelfuoco/Zenger)

Part of the legendary movie studios where sand-and-sandals film classics like ‘Ben-Hur’ were filmed has gone up in flames after an inferno destroyed a giant movie set.

At least two days of filming of the Netflix production were lost.

The fire was so massive that a column of black smoke could clearly be seen from miles away, and some nearby roads had to be closed to traffic.

Three firefighter teams battled the flames to prevent them from spreading to neighboring sets.

The blaze was 90 percent extinguished by 5:30 p.m. on the day of the fire and was completely extinguished shortly afterward.

No one was reported to have been injured.

There were fears that the set of the Italian Big Brother house might have been destroyed in the blaze, but it was quickly found to be intact.

Studios spokesman Marlon Pellegrini said in a statement that there had been “no serious material damage” at the Big Brother house set.

“The fire has been extinguished. There are no injuries, no poisoning, no serious material damage,” said Pellegrini in a statement.

The cause of the fire is now being investigated.

It is not yet known what sparked the blaze, but the working hypothesis is that it was an accident.

Cinecitta Studios – originally built to film propaganda movies for Fascist leader Benito Mussolini in 1937 – is considered the hub of Italian cinema and has been dubbed ‘Hollywood on the Tiber.’

More than 3,000 films have been made there, including Federico Fellini’s ‘La Dolce Vita’. and Paul Sorrentino’s ‘Young Pope.’

Tax incentives provided by Italy encouraged new productions at the facility, which has experienced its own renaissance.

The threat of fires has been acute in much of Europe this summer, which has seen record-breaking temperatures. The thermometer is expected to reach 104 Fahrenheit in Rome this week.

«Previous Post
How A Pair Of Puma Brand Slides Saved A Woman’s Life»Next Post
Americans Feel Most At Home In Their Kitchens, Where They Spend 400 Hours A Year