Fans have viewed the footage more than an amazing 13 million times. 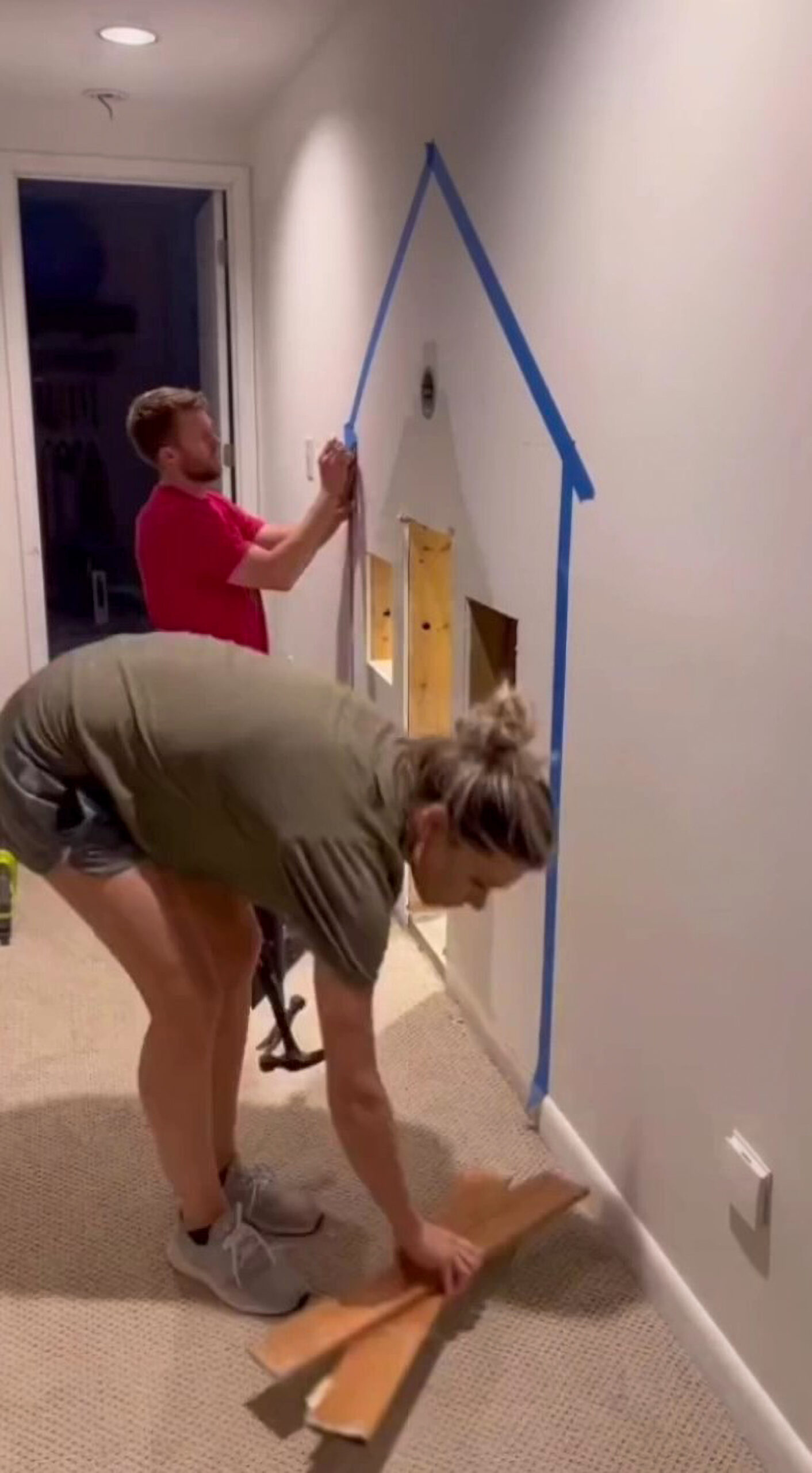 Couple creates a playhouse for their daughter in Cincinnati, Ohio, United States in undated footage. Construction took about 10 days.  (@thegibbyhome/Zenger)

This is the viral moment an Ohio couple uses a blank wall and the space under the stairs to create an incredible playhouse for their young daughter.

Noah and Kelsey Gibby – from Cincinnati — shared footage of their project on their TikTok channel ‘The Gibby Home.’

Fans have viewed the footage more than an amazing 13 million times.

Gibby, 30, said she and her husband Noah, 33, did not have a special place in their home for their daughter Reese to play so they decided to build one.

The couple say they used mostly material they found around the house to build the playhouse for their daughter, who will be two next month, in September.

The proud mom said it took 10 days to complete the playhouse, with its own daybed, cooker, fitted carpet, and window box.

Gibby told Zenger News: “The space under our stairs was wasted space so we figured we could use it.

“Construction took about 10 days. We had a lot of leftover material that we found under our stairs, roofing and carpet.

“After buying paint, drywall, and wood, the whole thing cost about $500.”

She added: “We didn’t expect the video to become so popular.

“The biggest question we got was ‘what are we going to use it for after she grows out of it’.

“Who knows, maybe a dog house or make some adjustments and make it a wine cellar.

“Reese loves it she was so surprised and didn’t know what to make of it when she saw it! It’s now her favorite place to play in the house.”

Gibby told Zenger News: “My husband and I both love renovating and remodeling.

“It all started with me moving into his house six years ago when we renovated it together.

She added: “Then from there we just kept going. We flipped a few houses as well as fixed a few homes up and turned them into rental properties.”

In a video she posted on Facebook and TikTok, she wrote: “This project was hands down my favorite DIY project thus far. It was such a fun and heartwarming surprise for Reese and we Cannot wait to watch her enjoy it for years to come.

“We used up so many extra materials we had laying around it was honestly one of the cheapest projects we’ve ever done as well. Another benefit? We can finally park our cars in the garage!”