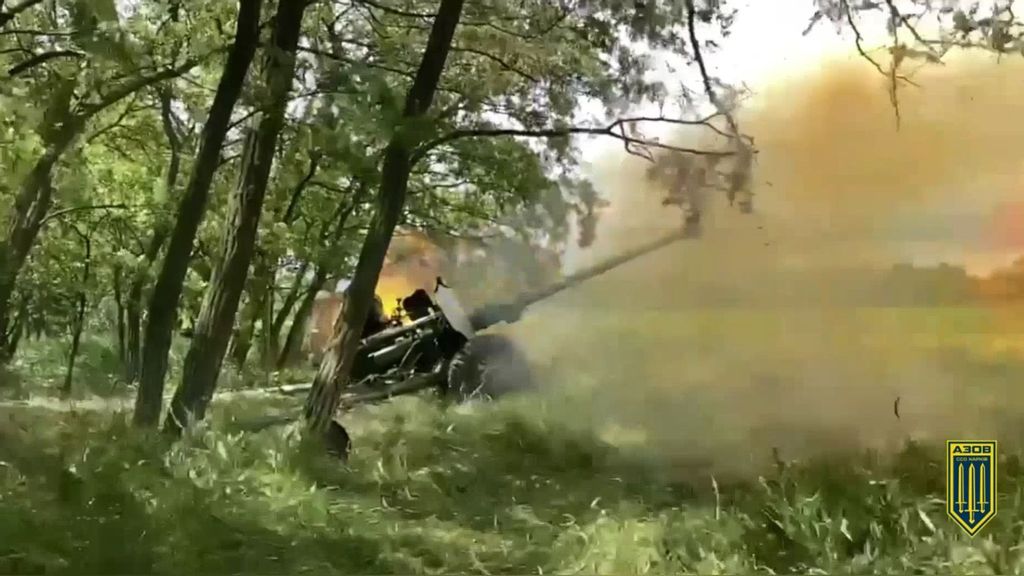 Howitzer of the Special Operations Detachment Azov Kharkiv shoots behind enemy lines near the Russian borders, Ukraine in an undated photo. As a result of the combat operation, 7 trucks with ammunition and 2 security vehicles of Russian occupiers were destroyed.  (@sso_azov_kharkiv/Zenger)

The footage was obtained from the Azov Special Operations Forces for the Kharkiv region, which said in a statement on Tuesday, August 2: “Another special operation was carried out by the soldiers of the Kharkiv SSO AZOV behind enemy lines near the Russian border. As a result of the operation, 7 ammo trucks and 2 security vehicles were destroyed.”

The images and statement were also relayed by the Center for Strategic Communications and Information Security, which operates under the umbrella of the Ukrainian Ministry of Culture and Information.

Zenger News contacted the Azov Special Operations Forces for further comment, as well as the Russian Ministry of Defense, but had not received a reply at the time of writing.