The game was known as Pitz or Pok-a-Tok and was played by players hitting the ball with their elbows, knees or hips.
By Alice Amelia Thomas August 4, 2022
Facebook
Twitter
Linkedin
Email 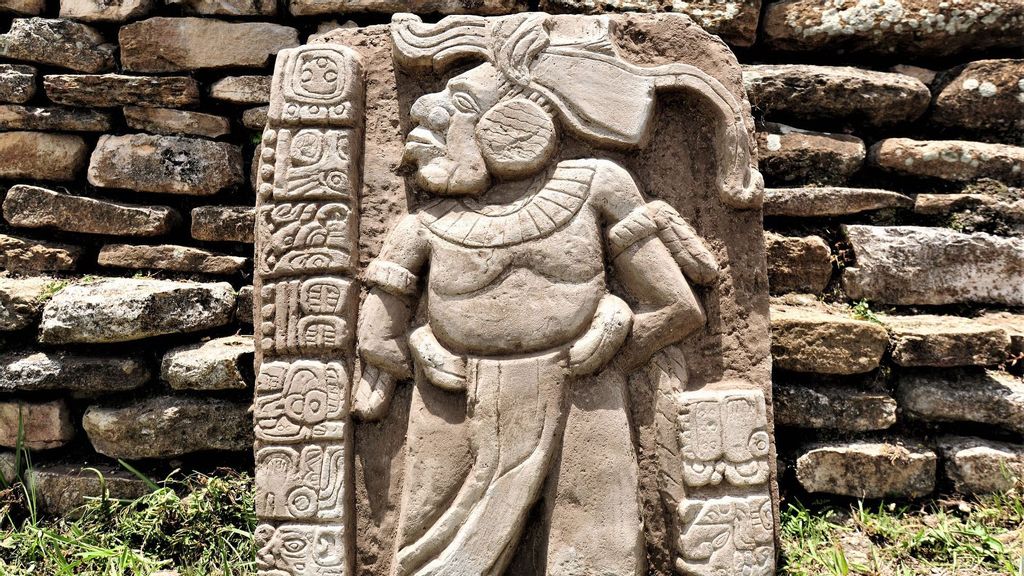 Stone cover seizing 90 per 60 cm with the representation of a tied up prisoner in an undated photo. Researchers found a crypt where the bodies of the governors were cremated. (Mauricio Marat-INAH/Zenger)

Archeologists have revealed how the elite from the ancient Mayan civilizations became rubber balls to be used in their games.

Studies of grease markings in the walls of a centuries-old tomb show the bodies of high officials were cremated and their ashes used to harden the balls.

The game – known as Pitz or Pok-a-Tok – was like an early form of squash with players hitting the ball with their elbows, knees or hips.

Anthropology expert Juan Yadeun Angulo – an investigator at the National Institute of Anthropology and History of Mexico – discovered the tomb in 2020 in the Temple of the Sun, a pyramidal structure at the archeological site of Tonina in Chiapas state, Mexico.

The entrance to the tomb leads to a series of small vaults that end in an antechamber with a crypt located eight meters or approximately 26 feet inside the pyramid.

The crypt and the antechamber were constructed in the 7th or 8th century A.D. and predate the exterior structure of the Temple of the Sun.

Investigators found vessels that contained human ashes within these reduced spaces along with an oiliness on the walls that appears to have been there for more than thirteen centuries.

A microscopic analysis of organic materials found within the vessels indicates that priests or other specialized members of the community burnt the dead bodies of high-ranking officials during religious ceremonies.

Sulfur extracted from their remains was then used to harden rubber to create balls for Pok-ta-Pok or Pitz.

According to Maya archeologist Diane Davies of University College London, “The Maya ballgame was only one type of several played throughout Mesoamerica, from the Preclassic period to the Spanish conquest.

“The Maya ballgame and its associated ballcourts have been symbolically linked to the movement of celestial bodies, especially the sun and moon, which are related to seasonal agricultural fertility.”

Players were not allowed to touch the balls with their hands, feet or heads and the game was often used to solve tribal disputes.

The game was sometimes played by rivals in place of open warfare. The losers of a Pok-ta-Pok match in that instance were killed.

The Maya ruins at Iximche in Guatemala has one of the best-preserved Pok-ta-Pok courts in existence.