The footage was obtained from the ‘Kakhovka’ Operational Group of Troops of the Armed Forces of Ukraine on Monday. 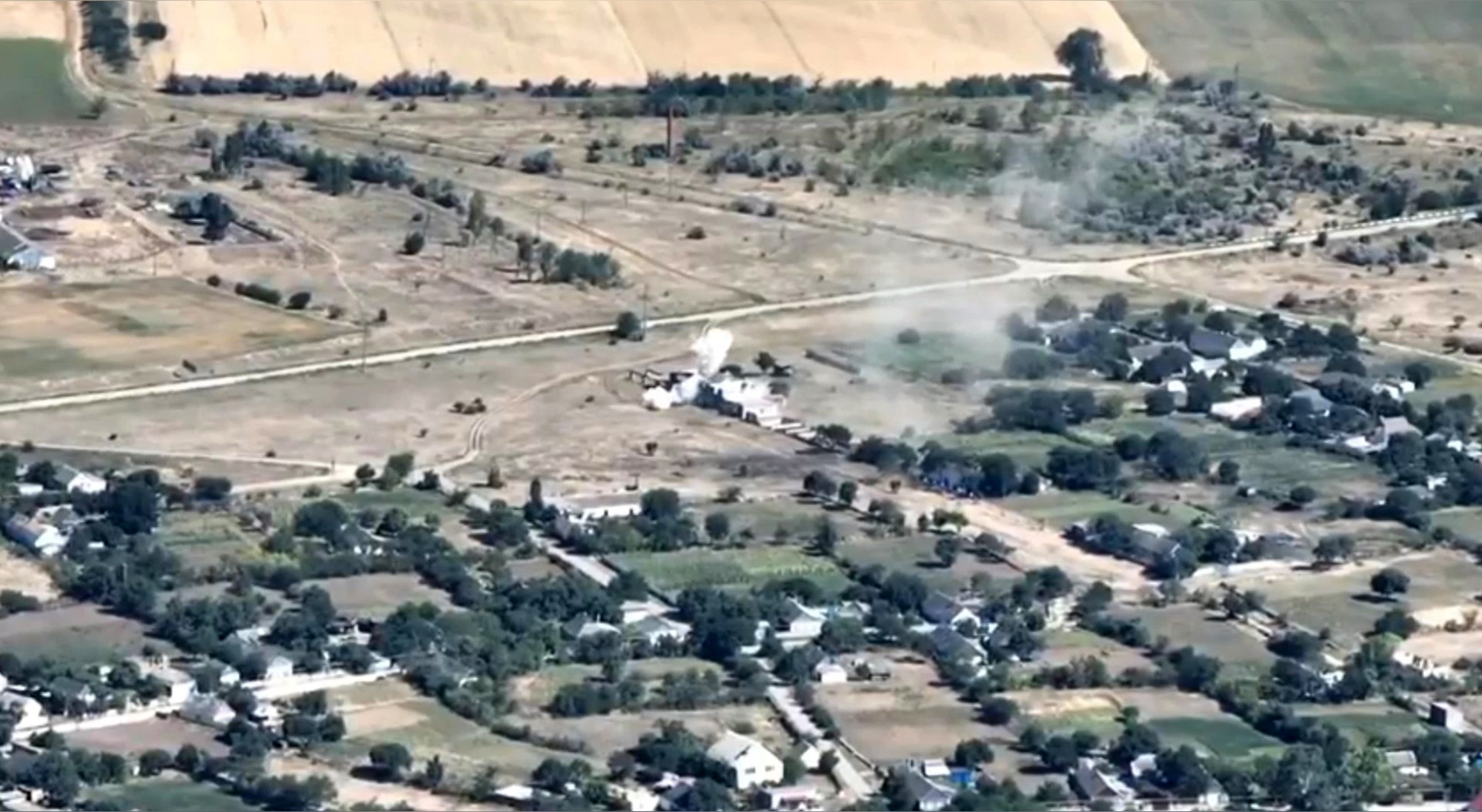 The tank units of the operational group of troops Kahovka destroys Russian military positions in the southern direction of Ukraine in undated footage. According to the Ukrainian military authorities', Russian BMP-2 and BMD-3 were destroyed during the attack. (@ouvKakhovka/Zenger)

The footage was obtained from the ‘Kakhovka’ Operational Group of Troops of the Armed Forces of Ukraine on Monday, August 1, along with a statement saying: “Tank units of the Kakhovka operational group struck the enemy in the southern direction.

“According to preliminary data, it is known that as a result of the strike, an enemy BMP-2 and a BMD-3 were neutralized.

“Every day we are getting closer to the long-awaited and desired Victory. We believe in the Armed Forces of Ukraine! Let’s stay in line. Together to victory.”

The information and footage were also relayed by the Chernihiv Regional Territorial Center of Recruitment and Social Support.

Zenger News contacted the ‘Kakhovka’ Operational Group for further comment, as well as the Russian Ministry of Defense, but had not received a reply at the time of writing.