The researchers hope one day the disease will be stopped while patients still have no symptoms.
By Simona Kitanovska August 3, 2022
Facebook
Twitter
Linkedin
Email 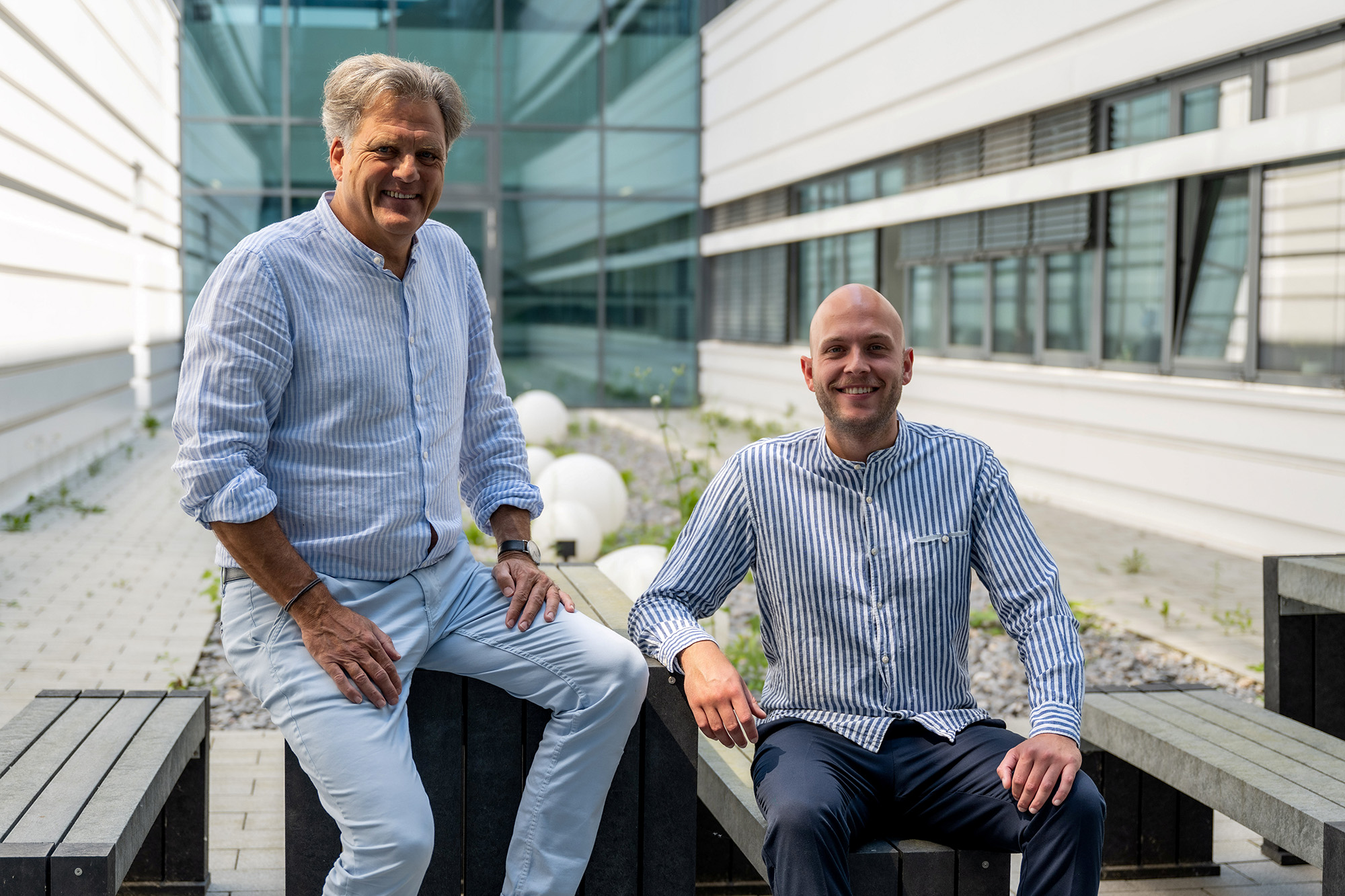 Part of the Bochum research team: Klaus Gerwert (L) and Léon Beyer in undated photograph. A simple blood test can spot signs of Alzheimer’s 17 years before symptoms appear, according to new research.(RUB, Marquard,SWNS/Zenger)

A simple blood test can spot signs of Alzheimer’s 17 years before symptoms appear, according to new research.

Scientists have created a sensor that can detect signs of the condition years before they first manifest themselves.

It should mean older people can be screened easily for the disease.

If they are showing signs of it, they can be given drugs at an early stage when they will work better.

The researchers hope one day the disease will be stopped while patients still have no symptoms and before any irreversible damage occurs.

The gadget works by sniffing out where the protein amyloid-beta, which can help identify the disease, has folded and lost its original shape.

Misfolded proteins also play a role in the development of other diseases such as Parkinson’s and Huntingdon’s disease.

As the disease progresses, this misfolding can cause plaques in the brain.

Clinical trials for Alzheimer’s drugs have been failing by the dozen because plaque tests used in them do not flag up the disease in time.

Once plaques appear they seem to do irreversible damage to the brain.

In existing tests, the plaques are either detected in the brain via an expensive PET scan or detected indirectly.

The new sensor flags up the misfolding proteins, which cause the plaques to appear, meaning the disease can be caught earlier.

For the study, the team analyzed the blood plasma of Germans to look for signs of the condition.

The blood samples had been taken between 2000 and 2002 before being frozen.

Back then, participants were between 50 and 75 years old and had not yet been diagnosed with Alzheimer’s disease.

The sensor was able to identify the 68 people who later developed Alzheimer’s with a high degree of accuracy.

They then tried other gadgets, including the P-tau181 which is seen as promising, but found they could not detect the disease 17 years early.

The team found analyzing the concentration of glial fiber protein can also indicate the disease up to 17 years before symptoms appear even though it does so much less precisely than the sensor.

Analyzing both the folding protein and glial fiber protein concentration could further increase the accuracy of the test.

Lead study author Professor Klaus Gerwert, of Ruhr University Bochum, Germany, said: “Our goal is to determine the risk of developing Alzheimer’s dementia at a later stage with a simple blood test even before the toxic plaques can form in the brain, in order to ensure that a therapy can be initiated in time.”

The team have founded start-up BetaSENSE, patented the drug and hope to bring it to market soon.

Professor Gerwert added: “The vision is that the disease can be stopped in a symptom-free stage before irreversible damage occurs.”

The study’s first author Léon Beyer, who is a Ph.D. student at the same university said: “The exact timing of therapeutic intervention will become even more important in the future.

“The success of future drug trials will depend on the study participants being correctly characterized and not yet showing irreversible damage at study entry.”

The findings were published in the journal Alzheimer’s & Dementia.