A Soyuz rocket blasted off from the Plesetsk State Test Cosmodrome in the Arkhangelsk region in northern Russia, on Monday.
By Joseph Golder August 3, 2022
Facebook
Twitter
Linkedin
Email 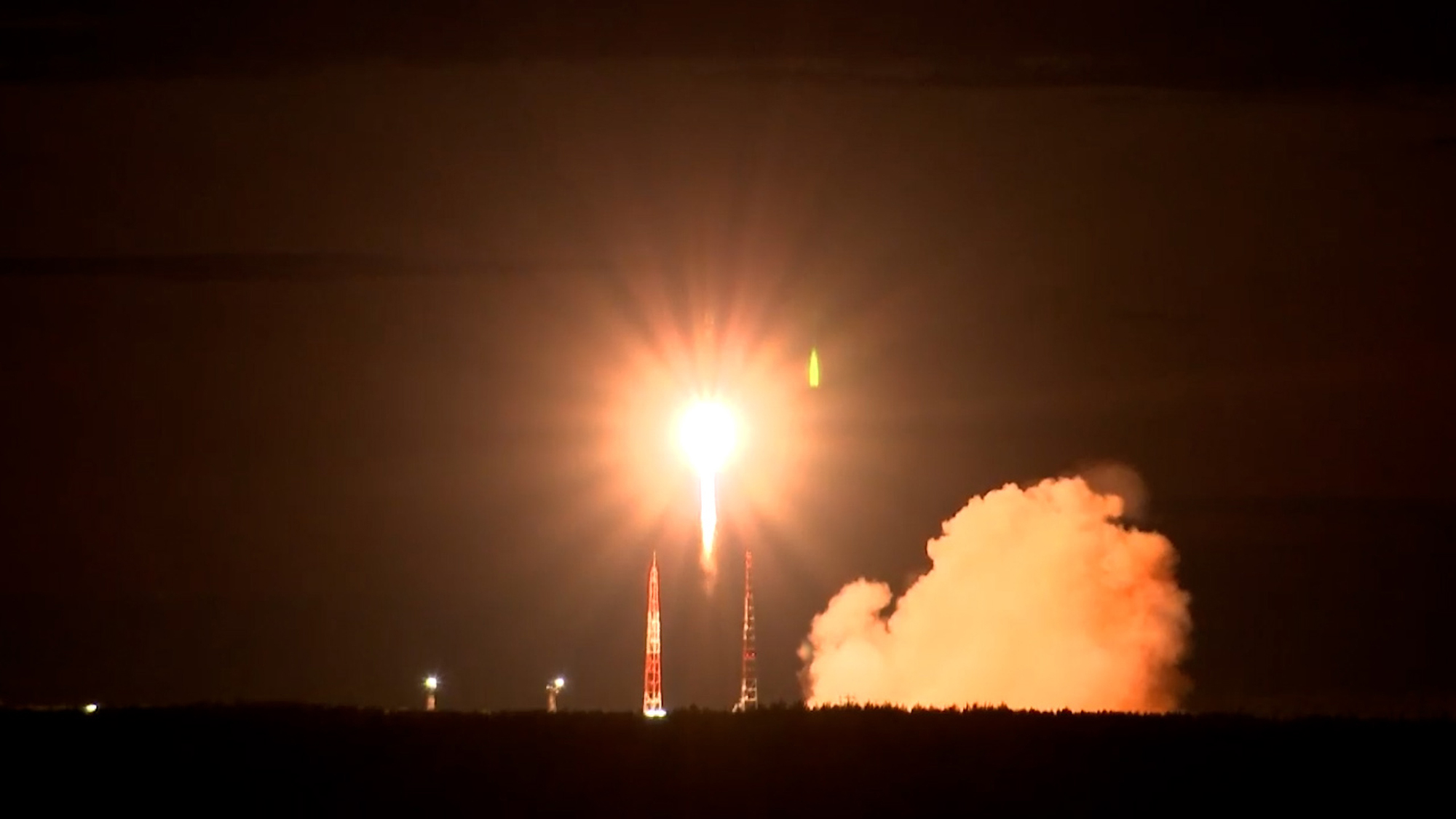 Ministry of Defense of the Russian Federation launches the Soyuz-2.1 rocket with a military satellite in the Arkhangelsk region in Russia on Monday, Aug. 1, 2022. The spacecraft was launched into the target orbit by the Volga launch unit and accepted for control of the ground facilities of the Space Forces of the Aerospace Forces. (Ministry of Defense of Russia/Zenger)

Russia claims it has launched a military satellite into orbit, as this footage allegedly shows.

The footage allegedly shows a Soyuz rocket blasting off from the Plesetsk State Test Cosmodrome in the Arkhangelsk region in northern Russia, on Monday, August 1, at 11.25 p.m.

The Russian authorities stated that it was carrying a military satellite named ‘Cosmos-2558′.

“The launch of the launch vehicle and insertion of the spacecraft into the target orbit went smoothly. Three minutes after liftoff, the Soyuz-2.1v launch vehicle was escorted by the facilities of the ground automated control system of the German Titov Main Test Space Center.

“At the estimated time, the spacecraft was injected into its target orbit by the Volga launch vehicle and taken over by the ground control facilities of the Space Forces of the Aerospace Forces.

“A stable telemetry link was established and maintained with the spacecraft. The onboard systems of the spacecraft are operating normally.”

We have not been able to independently verify the claims or the footage. The purpose of the satellite is currently unclear.