The family say the incident happened at Sesame Street Land at SeaWorld in Orlando, Florida in March. 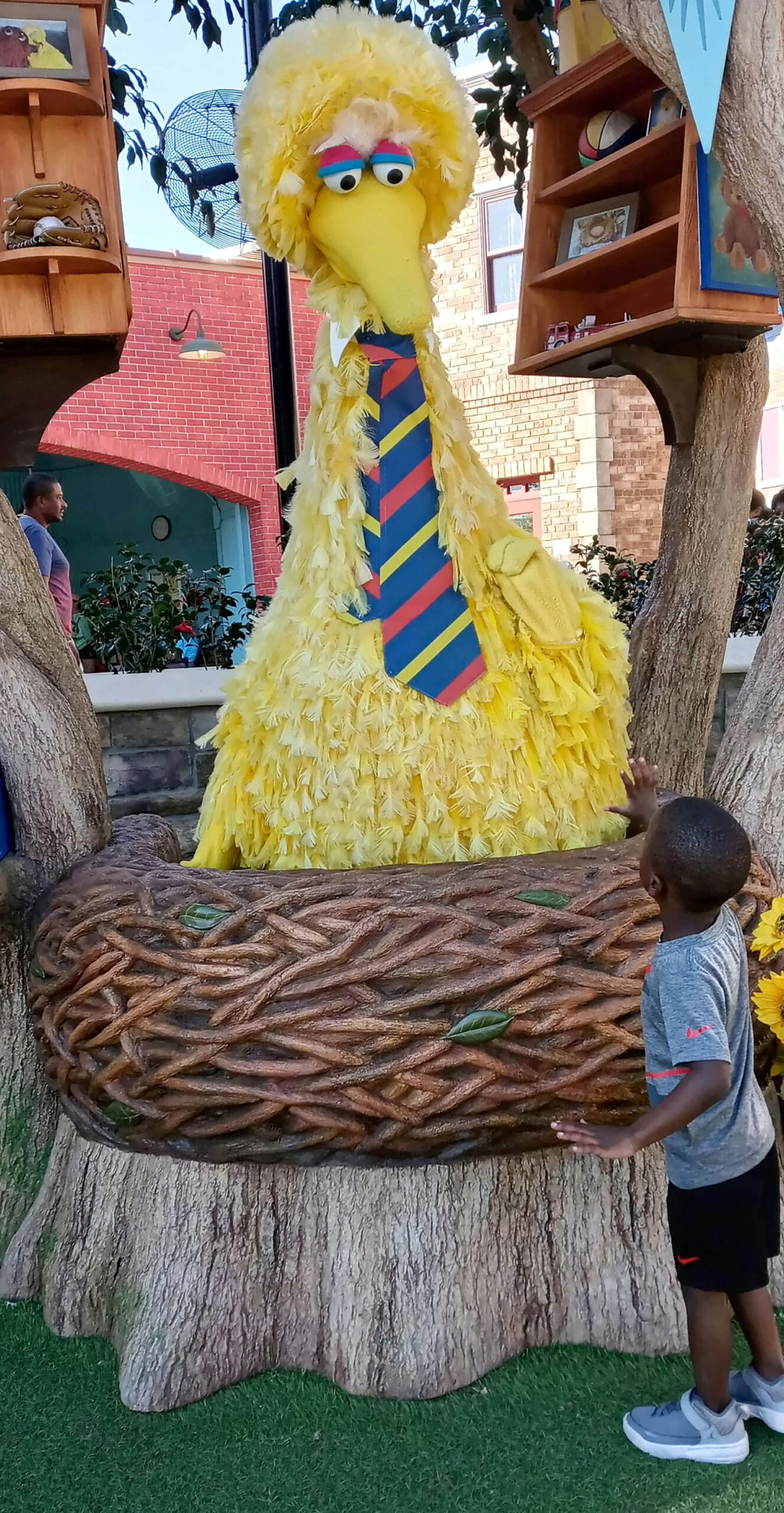 Parents say their four-year-old son was rejected by a character at Sesame Street Land - days after viral video of girls being waved away saw the park sued for $25 million over racism allegations. Undated photograph. (Kimberly Morris,SWNS/Zenger)

Parents claim their black son was ignored in favor of white children by Big Bird at a Sesame Street theme park – the latest family to accuse the brand of racism.

Kimberly and Jaren Morris, both 32, allege that their son Jaheim, five, was rejected by the character.

The family say the incident happened at Sesame Street Land at SeaWorld in Orlando, Florida in March.

Kimberly and Jaren’s claims come in the wake of a $25-million lawsuit filed by a family following a viral video.

That legal action alleges that multiple characters ignored a young black girl during a ‘meet and greet’ at Sesame Place in Philadelphia.

This has sparked widespread debate in the U.S., with famed civil rights campaigner the Reverend Jesse Jackson involved.

Ms. Morris said she took Jaheim, then four, to the popular theme park on March 4 of this year.

The mom, from Little Rock, Arkansas, said: “We went to watch ‘story time’ with Big Bird, and afterward Jaheim went to go and meet Big Bird.

“With other kids, who were mostly white, he was taking pictures and giving out hugs and high fives.

“Jaheim just wanted a high five but Big Bird was totally different with him. The bird looked directly at him and refused to put his hand out.

“Jaheim was so sad afterwards, it was heartbreaking to see.”

Dad Jaren added: “I thought it was just us, but now I’m seeing other people have gone through the same thing and we needed to share our story.”

Jaheim and his mom flew all the way from their home in Orlando so that the youngster could go to the theme park to see his favorite Sesame Street characters.

She and her husband said their son was bursting with excitement before they went but, when they got there, things started to take a sad turn.

Ms. Morris claimed that what happened to Jaheim was similar to a video which recently went viral, which appears two little black girls snubbed by the character Rosita at Sesame Place.

She alleged: “I saw him run back saying sadly ‘Mommy, the bird didn’t high five me’.

“He was not active with my child despite interacting with all the others. I remember noticing and thinking ‘oh wow’.

“It was heartbreaking to see. I wanted to cry when he was reaching his hand out and the bird wouldn’t touch him.”

The parents said since then, Jaheim has grown less and less fond of Sesame Street – having been a huge fan before they went to the theme park.

They say they are “worried” to hear it wasn’t a one-off and has also been seen in other states too.

Ms. Morris said: “We won’t go back there ever again. They need to do better.”

Sesame Workshop, the non-profit group behind Sesame Street, were approached for comment.

It shared a previous comment made about the original viral incident, refusing to offer anything more specific to Jaheim’s experience.

It said: “Sesame Workshop is aware of the recent incident at Sesame Place Philadelphia, which we take very seriously. What these children experienced is unacceptable.

“We have been in contact with Sesame Place, our licensed park partner, and they have assured us that they will conduct bias training and a thorough review of the ways in which they engage with families and guests.

“As a global nonprofit educational organization with a mission to help children grow smarter, stronger and kinder, Sesame Workshop has always stood for respect, inclusion and belonging and is committed to providing the highest quality engaging experiences for all children and families.

“We hold our partners to the same high standards.

“We will continue working with our long-term partner Sesame Place to ensure that appropriate actions are taken and that incidents like this do not happen in the future.”

A SeaWorld employee offered a comment, which they asked to be attributed to Sesame Street Land.

It said: “We want every child who comes to our park to feel included, seen and inspired and we are disappointed to learn that this child came away from his experience in our park feeling disappointed.

“This is the first time we have been made aware of this incident and are reaching out to the family to speak with them about it.”