"HIMARS have the capability to fire at a target up to 300 Kilometers [186 miles] away with up to 1 Meter [3 feet] accuracy.”
By Joseph Golder August 2, 2022
Facebook
Twitter
Linkedin
Email 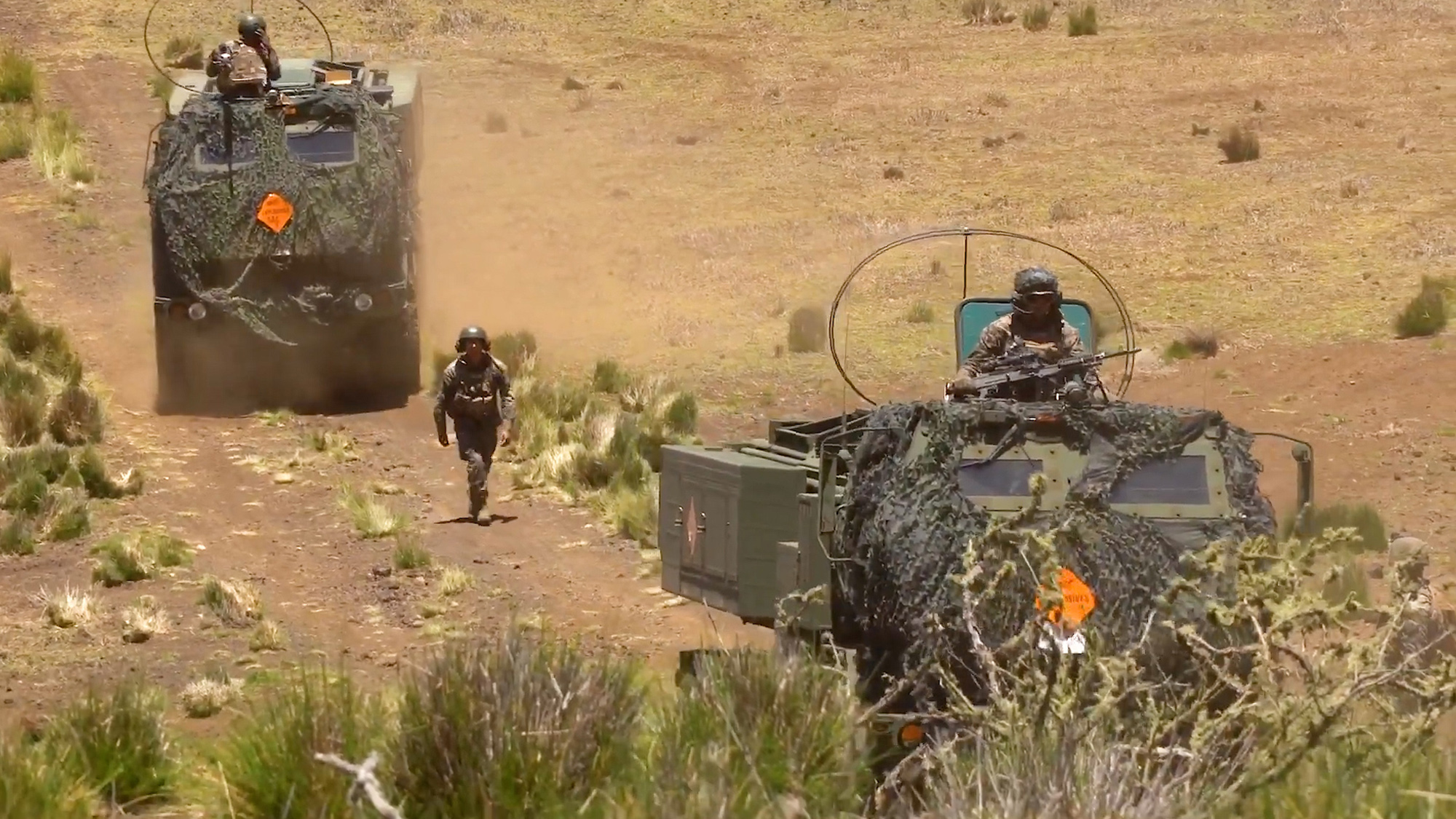 The High Mobility Artillery Rocket System – or HIMARS – can be seen being operated by the American marines.

It can be seen being loaded with ordnance before maneuvering to a different location along with other HIMARS vehicles.

It can then be seen deploying its weaponry and repeatedly firing at unseen, mock targets, with the missiles letting off a plume of smoke as they are fired high into the sky.

The footage was obtained from the U.S. Navy on Saturday, July 30, along with a statement saying that the footage was filmed at the Pohakiloa Training Area in Hawaii, in the U.S., on July 18.

“HIMARS have the capability to fire at a target up to 300 Kilometers [186 miles] away with up to 1 Meter [3 feet] accuracy and presents itself as a strategic fires asset to Marine artillery. Twenty-six nations, 38 ships, three submarines, more than 170 aircraft and 25,000 personnel are participating in RIMPAC from June 29 to Aug. 4 in and around the Hawaiian Islands and Southern California.

“The world’s largest international maritime exercise, RIMPAC provides a unique training opportunity while fostering and sustaining cooperative relationships among participants critical to ensuring the safety of sea lanes and security on the world’s oceans. RIMPAC 2022 is the 28th exercise in the series that began in 1971.”

The first RIMPAC took place in 1971 and involved military forces from Australia, Canada, New Zealand, the U.K., and the U.S.

In the National Defense Authorization Act for Fiscal Year 2022, which passed the House on September 23, 2021, and was signed into law by U.S. President Joe Biden on December 27, 2021, both houses of the U.S. had called for Taiwan to participate in RIMPAC 2022 in the face of “increasingly coercive and aggressive behavior” from China.