Emergency services rushed to Fountain Lane in Boston, in the U.K. on Thursday, July 28 to find the injured girl with a stab wound.
By Simona Kitanovska August 2, 2022
Facebook
Twitter
Linkedin
Email 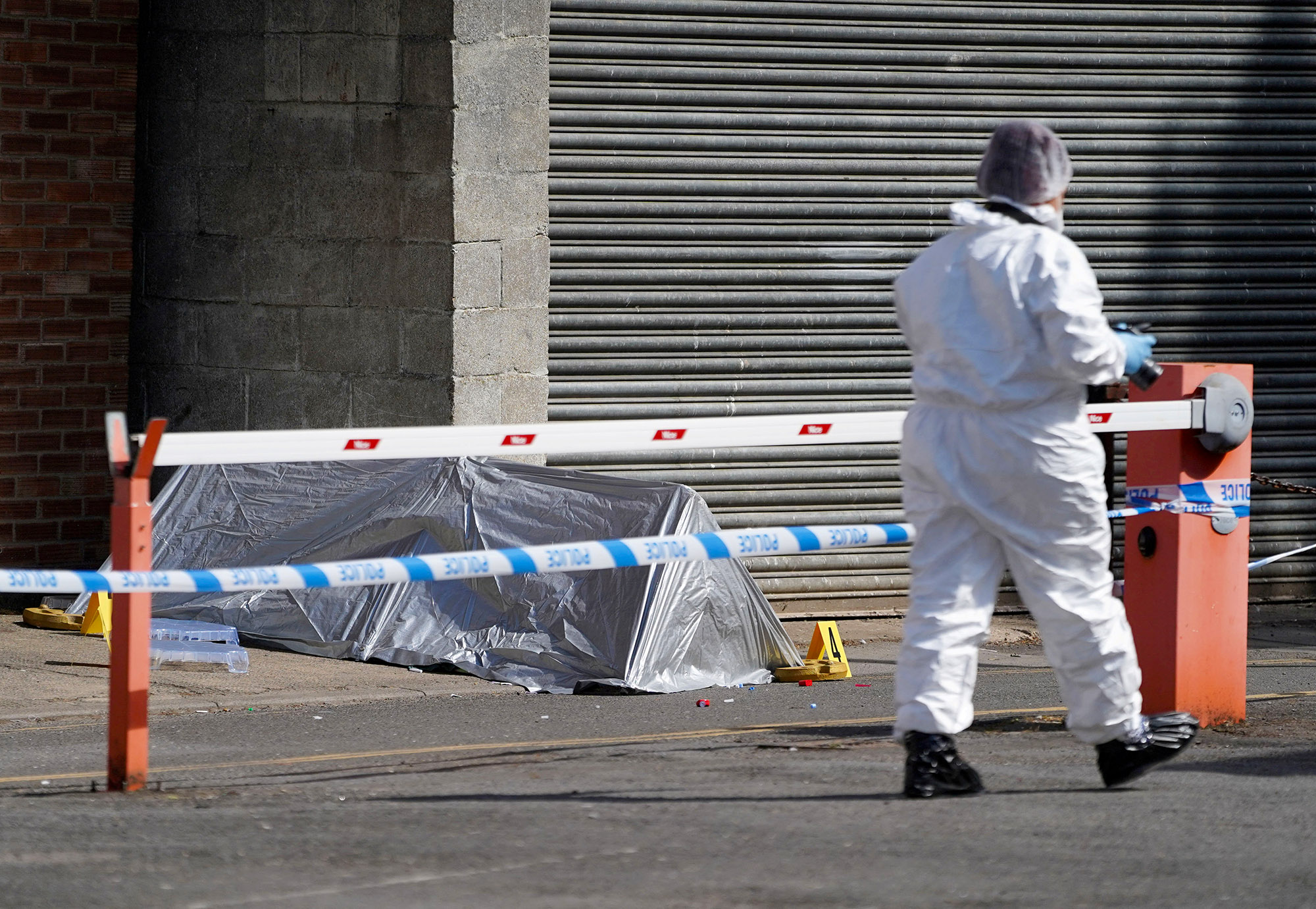 Police forensic officers at the scene in Boston, Lincs after a 9-year-old girl was stabbed to death on July 28, 2022. (SWNS/Zenger News)

Two people have been arrested in connection with the horrific murder of a nine-year-old girl who was stabbed to death in a market town.

Emergency services rushed to Fountain Lane in Boston, Lincolnshire, in the United Kingdom, at 6.20 p.m. on Thursday, July 28 to find the injured youngster with a stab wound in the street.

Tragically, she could not be saved and Lincolnshire Police launched a murder probe which has left the local community “rocked to the core”.

The force revealed two people had been arrested in connection with the stabbing which they believe to be an “isolated incident.”

Speaking at the scene the following day, Chief Superintendent Kate Anderson said: “Officers were called to the scene on Fountain Lane at around 6.20 p.m. yesterday.

“A nine-year-old girl has died of what we believe to be the result of a stab wound. We’ve arrested two people in connection with the incident.

“We believe this to be an isolated incident and we are pursuing extensive lines of inquiry and have committed a number of resources to this investigation.

“You will see more officers patrolling the area and we have a high number of specialist detectives who have been brought in to assist the investigation.

“As I’ve said, we do believe this to be an isolated incident and we’re not yet in a position to name the victim.

“Their welfare and the welfare of those who she knew are a priority for us.

“We would ask the media to respect the family’s right to privacy at this difficult time.

“We would also ask people to refrain from speculating on social media in what is a desperately sad situation and a live investigation.

“Both the public, the police and her family will want to hold those responsible to account.

“If people have any information then I would appeal for witnesses, or people who may have been in the area at the time, or those with dash-cam footage, to contact the police on 101 quoting incident 419 of July 28.

“Any information no matter how small could be key to ensuring justice for this child.

“While we have officers out to reassure the community if you have any issues or concerns please approach your local neighborhood policing teams.

“The area has currently been cordoned off and will remain cordoned off while our scenes of crimes officers gather all of the necessary evidence.

“This incident has shocked our community of Boston and I would like to reassure the community we are doing absolutely everything we can to progress the investigation and support the family.”

The little girl’s body was found outside MS Agricultural Services along a quiet lane next to quaint cobbled streets lined with cafes and coffee shops.

A man who answered the number of the business slammed the phone down.

Taxi driver Jonathan Newton, 55, said: “We are a close-knit community here and the town is rocked to the core by this tragedy.

“She was just a little girl, how could anyone do this to a nine-year-old? It’s the most shocking tragedy to ever befall our little town. I’m just speechless.”

Another local resident, who did not want to be named, added: “We’re not sure what happened but it’s a quiet lane so I can’t imagine too many people saw it.

“There are businesses though with CCTV cameras so I just pray whoever did this is caught fast. My heart is breaking for that girl’s parents.

“I’ve seen people who don’t even know the family in floods of tears today.”

A forensic tent could also be seen erected in the street while officers combed for clues at the scene which is also in the shadow of historic St Botolph’s Church.

A Lincolnshire Police spokesperson said previously: “We have launched a murder investigation.

“The area has been cordoned off and we will be at the scene for the foreseeable future.

“The young girl’s parents have been informed and our thoughts are with them at this incredibly difficult time.

“Her family will be supported by specialist trained officers.”