Story Of A War Hero Discovered Through 1940 Yearbook

“Not only did he survive the battle of Normandy but he went on to fight in the Vietnam war.” 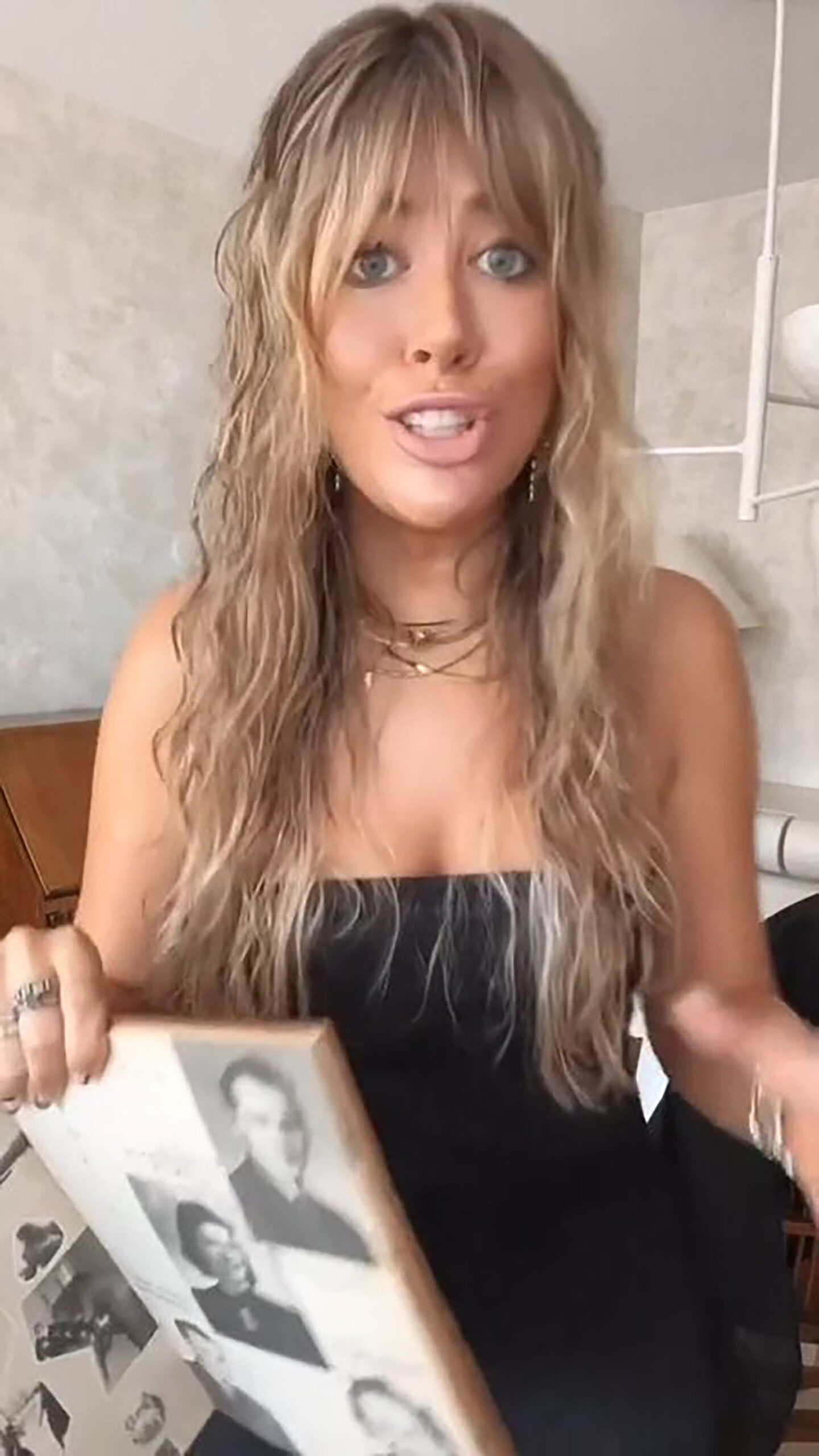 Chelsey Brown, 29, from New York City, explains what she had found in a yearbook from 1940. She was able to find the descendant and war records using MyHeritage.com. (@chelseyibrown/Zenger)

This is the moment ‘Heirloom Hunter’ Chelsea Brown reveals the secret behind a war hero’s 1940 yearbook.

Chelsea – a 29-year-old interior decorator – researches genealogy as a hobby, finding lost heirlooms at flea markets and antique shops and then returning them to family members.

The New Yorker uploads videos revealing the histories behind the objects onto her TikTok account (@chelseyibrown) which has almost 150 000 followers.

In one of her latest clips, “WWII and war stories will always be my favorite to research”, Chelsea does a little dance with her dog before showing off a black and white picture of a young man in a yearbook.

She asks viewers: “So first off, how handsome is he?”

Chelsea goes on to explain the man was class favorite in 1940 and that the book is filled with drawings and well wishes from his friends, describing him as: “The best dog that ever howled.”

One of his teachers wrote:“I sincerely hope you make the most out of your abilities.”

According to the Heirloom Hunter, in 1942 the young man then joined the Army Air Corps and in 1943 wed his high school sweetheart.

She said: “Now this is where it gets interesting.”

In 1944 he flew in the D-Day Normandy landings.

She added: “Fun fact, he was a lieutenant colonel which ranks just above a major and just below a colonel.

“Not only did he survive the battle of Normandy but he went on to fight in the Vietnam war as well and yes, he was in open combat, and yes, he survived.

“And best of all, his daughter is alive and I found her.

“I messaged her and I’m just waiting for her response.”

One excited user responded: “This is so cool! My dream job.”

In an interview with Zenger News, Chelsea confirmed that she had made contact with the war hero’s daughter after finding her through MyHeritage.com.

She said: “At first, they thought I was a scam (which is very common) but after I persuaded her I wasn’t, it was very emotional. She’s really excited and was very grateful!

“The only theory right now is that it got lost in a move around the 1950s.

“Many items actually were lost in moves after WWII, and it’s a main reason many of these artifacts end up in my hands.”

Chelsea also said: “I paid $40 for it (flea markets in NYC are more expensive than other places!) But the second I saw a name in it, and saw the beautiful contents of the yearbook, I knew I needed to purchase it.

“Many people think these items end up at flea markets because the families just ‘give it away’.

“This is a total myth and one I hope to extinguish. I’ve never had a family refuse or not want an item I’ve contacted them about, and I’ve returned hundreds of artifacts/heirlooms to families. That says a great deal about these items and how important they are to families!”