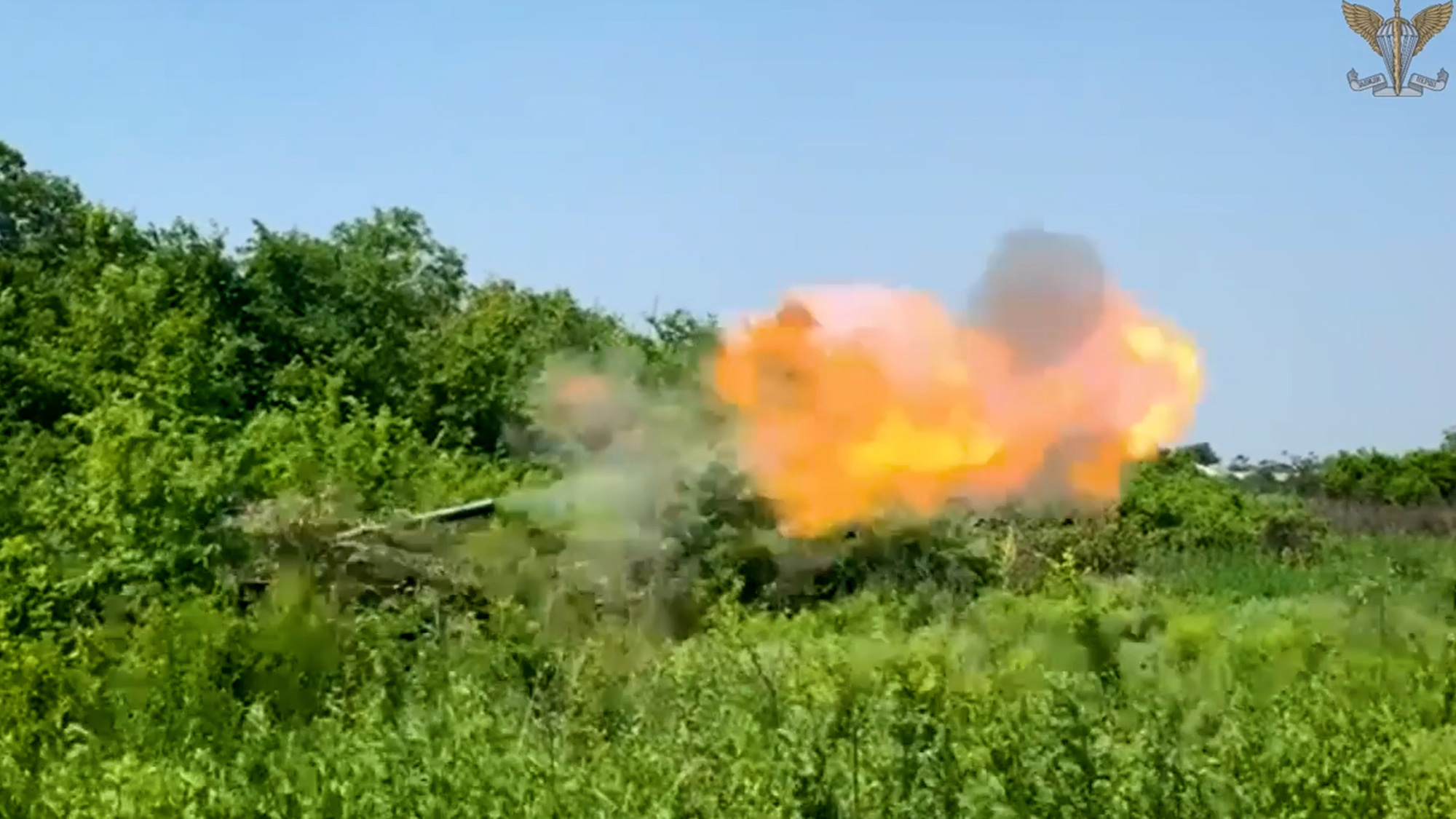 Mykolaiv paratroopers fire from the 2S9 Nona trophy gun on the Russian military positions in Ukraine in undated footage. The 2S9 NONA is a self-propelled and air-droppable 120 mm mortar designed in the Soviet Union. (@dshv.mil.gov.ua/Zenger)

These images show how Mykolaiv paratroopers have turned a captured Russian self-propelled mortar gun against the invaders.

It can then be seen maneuvering to a new location while being piloted by Ukrainian troops before it again opens fire on Russian positions, as the footage ends.

The images were obtained from the Command of the Ukrainian Air Assault Forces on Sunday, July 31, along with a statement saying: “Mykolaiv paratroopers tell how they destroy the invaders with a trophy self-propelled artillery gun.

“Soldiers of the artillery unit of the 79th Separate Amphibious Assault Brigade of the Armed Forces of Ukraine [have revealed] the peculiarities of firing missions from the 2S9 Nona self-propelled artillery gun – captured in battle as trophy equipment.

“For a long time, the artillery system has faithfully served the Armed Forces of Ukraine, successfully destroying its former masters.

“Death to the Russian invaders! Glory to DShV [the Ukrainian Air Assault Forces]! Glory to Ukraine!”