It is the first ship carrying grain to leave the Ukrainian port of Odesa as part of a landmark deal between Ukraine and Russia. 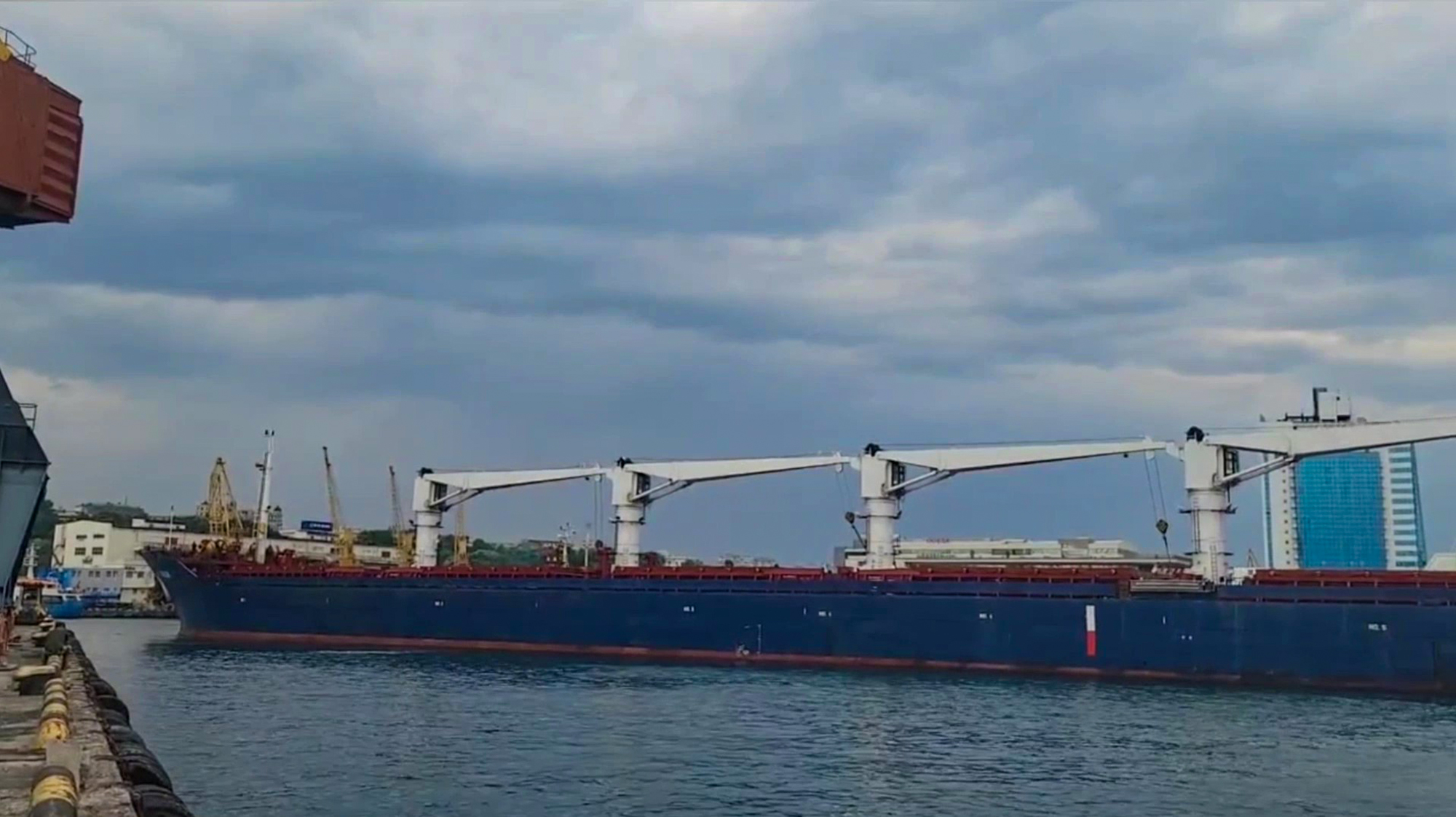 The first ship with Ukrainian sails from the port of Odesa in Ukraine on Monday, Aug. 1, 2022 The Razoni vessel is headed to the port of Tripoli in Lebanon under the flag of Sierra Leone.  (@MinInfra.UA/Zenger)

A loud horn can be heard being sounded in the footage as the vessel makes its way out of the port.

It is reportedly the first ship carrying grain to leave the Ukrainian port of Odesa as part of a landmark deal between Ukraine and Russia. The deal was overseen by Turkey and the United Nations.

The Joint Coordination Center (JCC) in Istanbul, which was established as part of the deal, said the ship was carrying approximately 26,000 tons of corn and is expected to arrive in Turkish waters on Tuesday, August 2, for inspection.

The footage was obtained from the Minister of Infrastructure of Ukraine, Oleksandr Kubrakov, 39, on the morning of Monday, August 1, along with a statement (in English) saying: “The first ship with Ukrainian food came out of Odessa port.

“Today at 09.15 for the first time since February 24, we expect the departure of the ship from Odessa port, which is loaded with Ukrainian food. This is the RAZONI ship, which is under the Sierra Leone flag heading to the port of Tripoli in Lebanon.

“It will move [in] the corridor, the security of which has been confirmed by our guarantor partners – the UN and Turkey.”

Kubrakov confirmed that it was carrying 26,000 tons of cargo. He added: “Ukraine is the 4th-largest corn exporter in the world, so the possibility of exporting it via ports is a colossal success in ensuring global food security.

“Today Ukraine, together with partners, takes another step to prevent world hunger. Unlocking ports will provide at least $1 billion in foreign exchange revenue to the economy and an opportunity for the agricultural sector to plan for next year.

“We are grateful to the partners who, despite the difficulties, did not stop the export preparation work. Together with the representatives of the United Nations and Turkey, the internal operational regulations have already been worked [out].”

He also praised the “support from American and European partners on the way to unblocking Ukrainian seaports”.

Kubrakov added that “16 more ships are waiting for their turn in the ports of Great Odessa. These are the ships that have been blocked since the beginning of Russia’s full-scale invasion. In parallel, we will receive applications for the arrival of new vessels to load agricultural products.

“In the coming weeks, with the support of our partners, we plan to reach full capacity of agricultural products transfer.”

Zenger News contacted the Minister of Infrastructure of Ukraine for further comment, as well as the Russian Ministry of Defense, but had not received a reply at the time of writing.