After thieves swiped the nearly 100-year-old timepiece, it turned up at a rummage sale.
By Simona Kitanovska August 2, 2022
Facebook
Twitter
Linkedin
Email 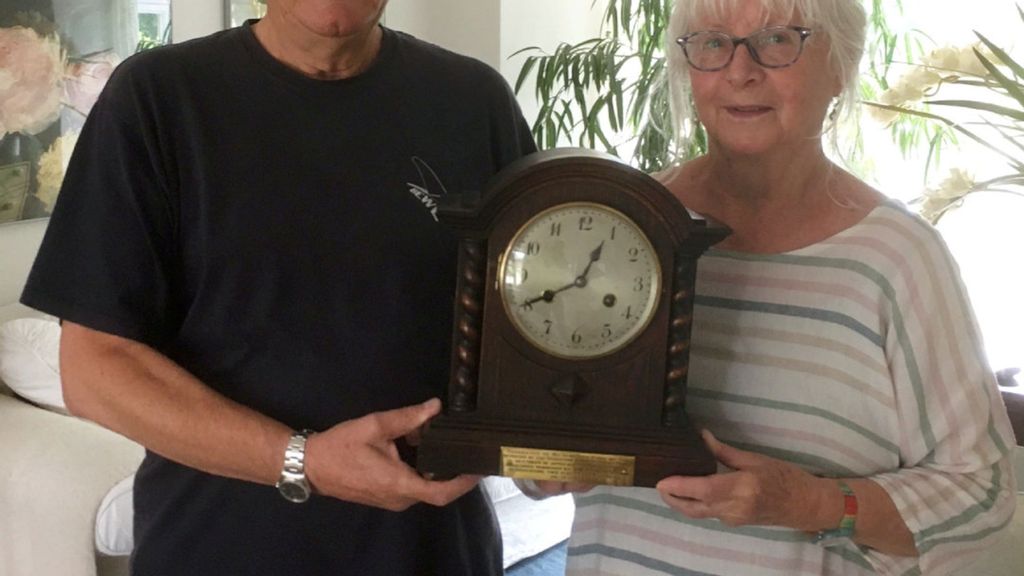 A clock with huge sentimental value that was stolen in a house burglary has finally been reunited with its rightful owners after being missing for seven years.

After thieves swiped the nearly 100-year-old timepiece, it turned up at a rummage sale and was then spotted by an eagle-eye eBay sleuth who tracked down the original owners.

Paul Janes’s late grandfather was given the clock for helping police in Maidstone, Kent, in the United Kingdom, with an arrest on the day after Christmas in 1925.

But 90 years later, heartless crooks broke into his home in Netherfield, England, in the U.K., and ransacked several rooms in the property.

Janes and his wife Annette came home from a night away on January 15, 2015, to find burglars forced their way in through the front door and stole the priceless chiming clock, as well as some other items.

After an investigation, police said the case was filed due to no viable lines of inquiry.

Then a few years later, the clock turned up at a rummage sale in Ford, West Sussex, in southern England, where it was bought by a stall customer.

It then changed hands again, after being listed on eBay, where its journey home began.

The eBay purchaser, who wished to remain anonymous, spotted the listing and began researching the clock after reading its personalized plaque.

He became worried that such a personal possession would not have been sold legally.

So he researched the victim’s grandfather and found an article in a local newspaper about the burglary.

The amateur investigator then contacted a local radio station to put out an appeal in case the owner was listening, but after being unsuccessful in tracking him down, contacted Sussex Police.

Detectives from the Hastings’ police criminal investigations unit then told Paul and Annette the clock had been found and they were reunited with it this week.

Janes said: “I never expected to see it again. I was absolutely astounded and delighted.

“I am so grateful to the finder, who would only let me cover his purchase fee on the understanding that he could donate it to a firefighters’ benevolent fund.

“He was an ex-Metropolitan firefighter who retired some years ago.”

Leonard King, Janes’ grandfather, was presented with the clock as a thank you gift after helping a police officer from Maidstone Borough Police Force arrest two violent escaped prisoners.

The clock has a rounded top and a large clock face on the front with a diamond shape engraving below and twisted spindles either side, with a brass plaque on the front.

The family initially offered a reward of 100 British pounds ($120) for information that could help convict the offender.

Detective Sergeant Chris Milner, of Sussex Police, said: “We were delighted to be able to reunite this item with the owner, and it also shows the vital importance of police actions such as listing items on property databases and publicizing such crimes in media releases in the hope that one day they will be identified and returned.”