A Car Crashed Into A Ditch As It Overtook A Truck

The trucker was found guilty of careless driving by prosecutors at Oxford Magistrates’ Court. 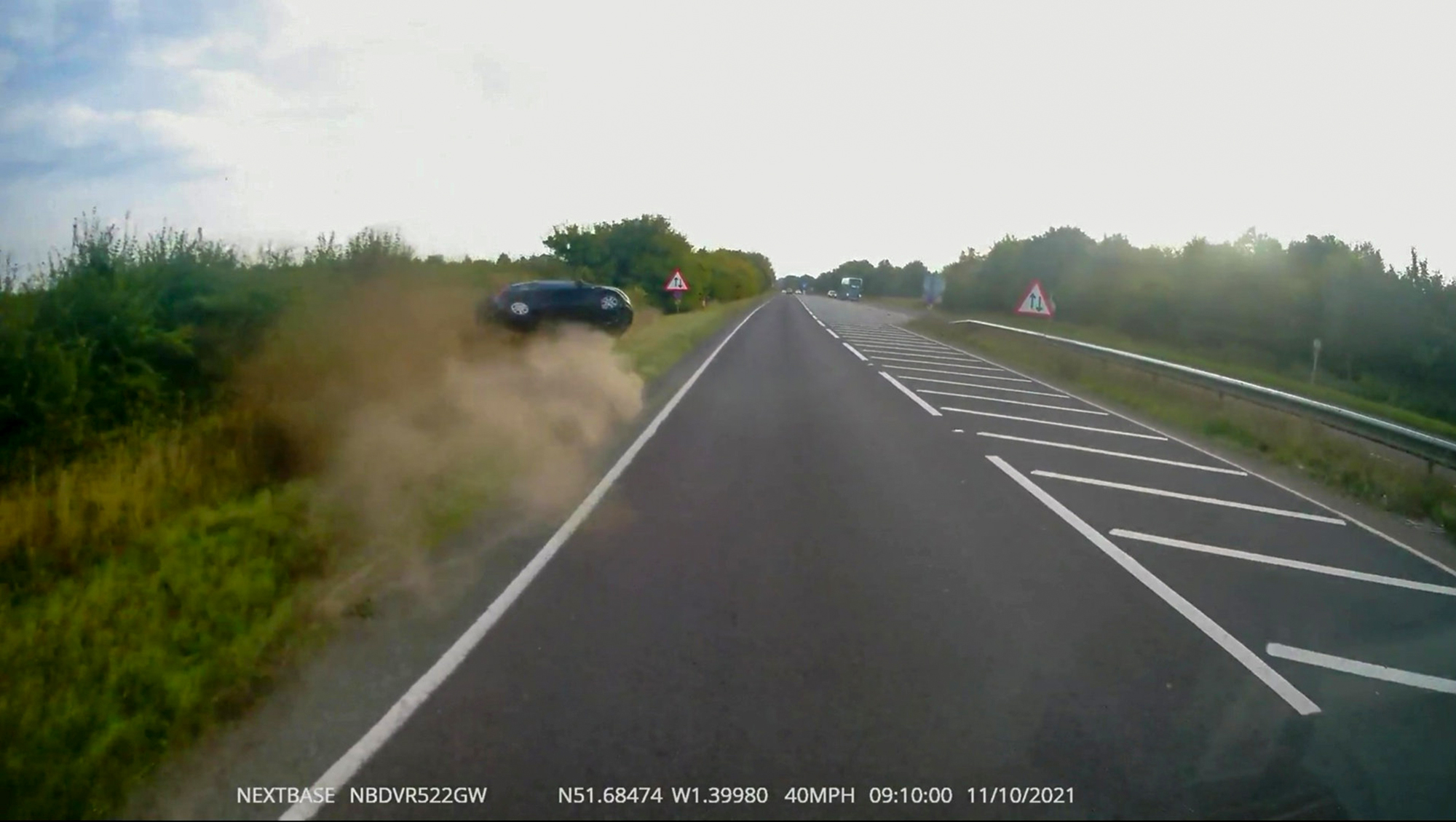 Picture shows a car crashing into a ditch as it overtakes a truck, on the A420, a road between Bristol and Oxford in England, on November 10, 2021. The trucker subsequently ended up in court. (CPS, SWNS/Zenger)

This video shows a car crashing into a ditch as it overtakes a truck- as the trucker was found guilty of careless driving.

The car is seen spinning and skidding off the road as it overtook Paul Horsfall’s tanker on the A420, a road between Bristol and Oxford in England, in the United Kingdom.

Prosecutors at Oxford Magistrates’ Court claimed he had deliberately squeezed out the overtaking driver’s Vauxhall Corsa.

They said he moved to the offside of the road as it went from two lanes to one near Kingston Bagpuize in Oxfordshire, in the U.K.

Giving evidence in his own defense Horsfall told the court that he thought he had seen a brick in the road and moved to the right to try and avoid it.

The maneuver had appeared slow in the video as there was a risk when moving liquid in a tanker that sudden ‘swerving’ movements could tip the truck over.

Looking at the footage played to the court – captured on the dashboard camera in his own truck- he accepted that there was no obstacle in the road.

He told his advocate: “I did check my mirrors [before moving to the right], but I couldn’t see anything down the side of me.”

Horsfall was asked whether he had deliberately swerved to the right in order to block the hatchback’s path.

“I never in my dreams would I do that. It’s dangerous driving and a lorry [truck] could be a lethal weapon,” he said.

He was asked: “After all this happened, how did you feel?”

“[I was] shocked, shaking, worried for the other driver,” he replied.

Horsfall maintained his account under cross-examination from the prosecutor.

Mr. Ryman put to him: “What you did was try to stop this overtaking of a vehicle you had seen behind you conducting other overtakes.

”You closed off its space to the extent it ended up in the gravel.”

The defendant replied: “No, I would never do anything like that.”

Magistrates were told that Horsfall had started his career as a bus driver and had been driving trucks for ‘about 20 years’. He had no previous convictions.

The justices acquitted Horsfall, of Odiham, in the U.K., of dangerous driving but found him guilty of an alternative charge of careless driving.

The truck driver had offered to plead guilty to careless driving at an earlier point in the proceedings.