"We make sure from our own experience that the Stugna is one of the most effective anti-tank missile systems in this war!"
By Joseph Golder August 1, 2022
Facebook
Twitter
Linkedin
Email 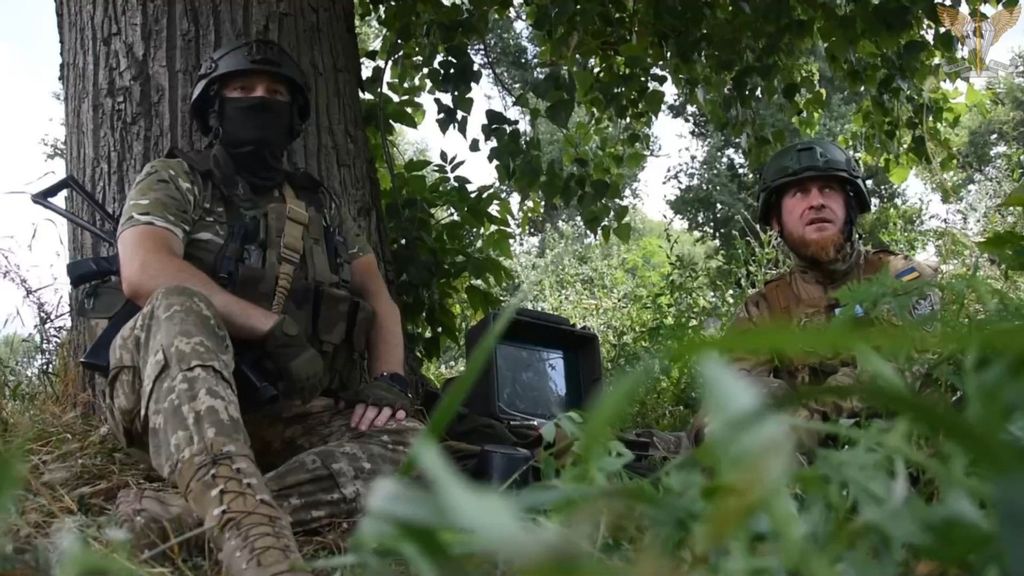 Two soldiers stand near a screen for remote control of a missile from a distance, part of a Stugna-P anti-tank guided missile system, in Ukraine in an undated photo. Soldiers of the anti-tank unit of the 80th Airborne Assault Brigade of the Ukrainian Armed Forces used the Stugna-P against Russian troops in Ukraine. (@www.dshv.mil.gov.ua/Zenger)

Ukrainian troops have revealed some of their secrets regarding how to successfully operate a Stugna-P anti-tank guided missile system – including hitting a target that was over three miles away.

A second soldier then explains: “It should be noted that working with the Stugna is a team effort. It involves interaction between all participants in the calculations, and reloading the Stugna must be quick.

“Stugna operators do not work like artillery, far behind.”

A third soldier then says: “There was a shot at 5,300 meters [3.3 miles]. It was when we did not know the range of the target, but we nevertheless fired a rocket, as we clearly saw the tank. The missile flew, hit the tank, the tank burned down, but the SRG [Sabotage and Reconnaissance Group] found us, the battle distance was 10 to 15 meters [32 to 50 feet]. We clearly saw their faces.

“I can give everyone advice, if you see the enemy at this distance, don’t wait, shoot immediately. We fired, wounded several Russians, and they retreated.

“We make sure from our own experience that the Stugna is one of the most effective anti-tank missile systems in this war!”

It is unclear where exactly in Ukraine the images were filmed but the footage was obtained from the Command of the Ukrainian Air Assault Forces on Thursday, July 28, along with a short statement saying (in Ukrainian) that the images showed “soldiers of the anti-tank unit of the 80th Separate Air Assault Brigade of the Armed Forces of Ukraine talking about the conduct of hostilities with the Russian invaders, destroying enemy equipment, their achievements, close combat with saboteurs, and what skills are required to operate the Stugna-P ATGM.”

They also said that firing a rocket at a distance of 5,300 meters (3.3 miles) “significantly exceeds the effective maximum firing range of the ATGM.” The maximum effective range of the system is considered to be approximately 5,000 meters (3.1 miles).

They signed off with: “Death to the Russian invaders! The Air Assault Forces always come first! Glory to Ukraine!”