The footage was obtained from the 93rd Mechanized Brigade of the Ukrainian Ground Forces on Thursday, July 28.
By Joseph Golder August 1, 2022
Facebook
Twitter
Linkedin
Email 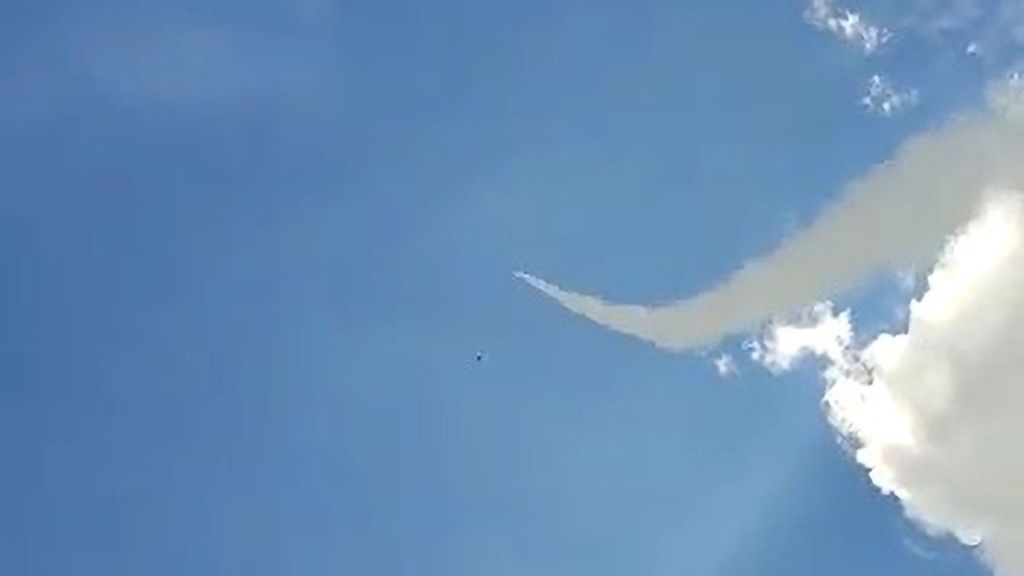 The troops of the 93rd separate mechanized brigade Kholodny Yar shoot at a Russian Orlan-10 drone in Izium in the Kharkiv region in Ukraine in an undated video. According to the brigade, the drone was shot by a portable American complex Stinger. (@93OMBr/Zenger)

These images show Ukrainian soldiers shooting a Russian drone out of the sky using an American-made Stinger missile.

The footage begins with the missile being shot into the sky before it apparently hits the Russian drone, causing the Ukrainian soldiers to enthusiastically shout “yes!”

The footage then cuts and shows what appears to be the remains of the Russian drone being recovered by Ukrainian soldiers.

“Today, in the Izyum district, the troops of the 93rd Brigade of Kholodnyi Yar shot down an enemy ‘Orlan-10’. Fighters of the anti-aircraft missile and artillery division destroyed the enemy UAV from a distance of three kilometers[1.8 miles]. They fired using an American portable ‘Stinger’ system.

“We destroy the enemy on the ground and in the air! We are clearing the Ukrainian land of the occupiers.”

The Orlan-10 is a Russian military drone used for reconnaissance. The Stinger missile system is an American man-portable air-defense system (MANPADS). The United States has provided hundreds of Stinger missiles to Ukraine to help the country defend itself against the Russian invaders.

The footage and the statement were also relayed by the Armed Forces of Ukraine.

Zenger News contacted the 93rd Mechanized Brigade for further comment, as well as the Russian Ministry of Defense, but had not received a reply at the time of writing.