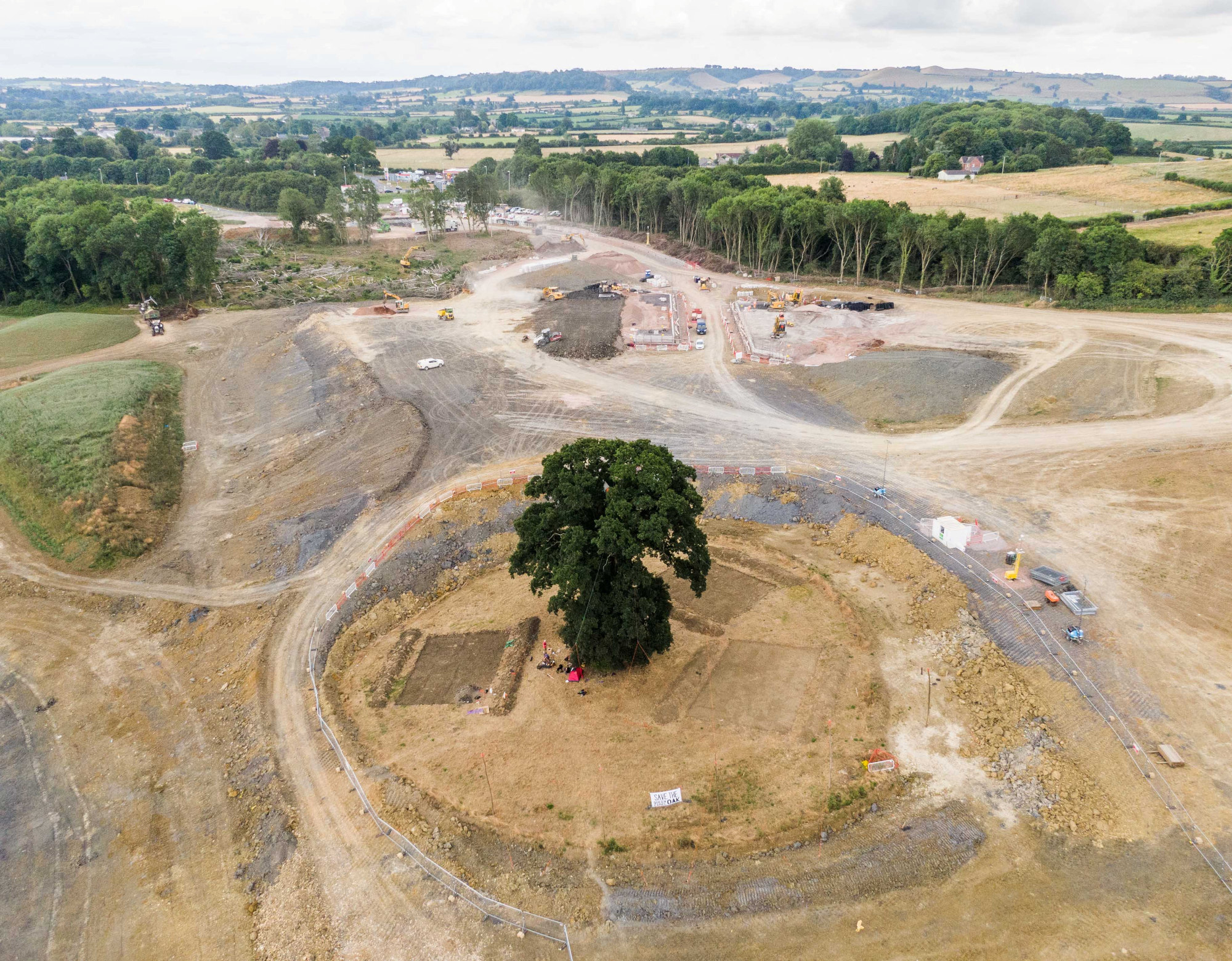 The ancient Oak near Queen Camel in Somerset, England, is being guarded by protesters. Undated photograph. (SWNS/Zenger)

Protesters are occupying a 600-year-old oak tree to prevent it from being cut down – to build a $304 million road.

The group have surrounded and scaled the tree – which now stands alone surrounded by flattened building works.

The work started in September 2021 on a 250 million British pounds ($304 million) scheme to dual the A303 between the Podimore and Sparkford roundabouts in Somerset, located in southwestern England, in the United Kingdom.

As part of the approved scheme put forward by National Highways an elderly oak tree near the Sparkford roundabout will be cut down.

It will make room for a new slip road connecting the new dual carriageway to the nearby Hazlegrove Prep School.

But protesters now in its branches want National Highways to move the slip road.

One of the main protesters has posted numerous updates to his Twitter feed since the protest began.

He said: ”This tree’s stood watch over this land for 600 years.

”National Highways has deliberately misrepresented its age and size in order to avoid its legal obligations.

“Those here are all willing to get arrested by resisting non-violently.”

The protest has attracted the support of Extinction Rebellion and presenter Chris Packham.

“It needs to be cherished. Please National Highways, rethink this. It will never be replaced.”

The protesters made an appeal to the High Court to secure the tree’s future but it has proved unsuccessful.

One had to be taken to hospital by paramedics after suffering a wasp sting and going into anaphylactic shock.

National Highways stated that their own assessment of the oak had estimated it to be “around 400-450 years old”, and that it was not subject to any form of protection order.

Moving the slip road was considered during the planning process, but officers this would have resulted in the scheme being “severely delayed” and attempts to move the tree were not viable.

The agency – formerly known as Highways England – said it was committed to planting new trees to prevent biodiversity being lost from the A303 scheme, and that removing the tree was always “a last resort”.

A spokesman said: “We respect the right to protest and will work with police and all relevant authorities, and those protesting, to ensure everyone is safe.

“We take our environmental responsibilities very seriously and are one of the largest tree planting organizations in the U.K., with plans to plant an extra 3 million trees by 2030.

”We only cut back or fell trees where it is essential to keep people safe, protect the environment or where it is necessary to allow us to improve journeys.”