The images were obtained from the Russian Ministry of Defense on Friday, July 29.
By Joseph Golder August 1, 2022
Facebook
Twitter
Linkedin
Email 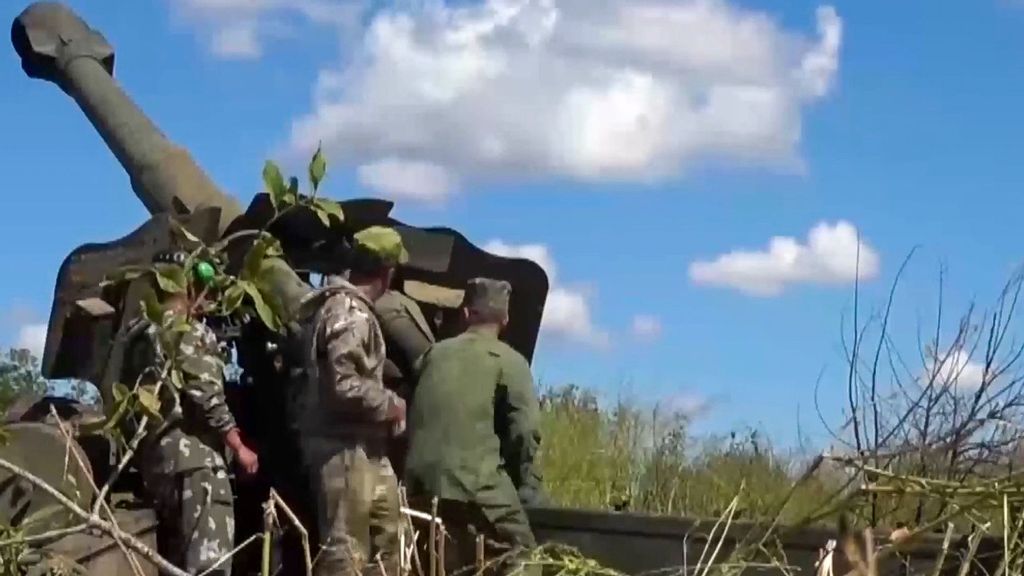 This footage purports to show artillerymen of the so-called People’s Militia of the Donetsk People’s Republic firing at unseen Ukrainian positions.

Some of the artillery pieces can be seen sporting the now infamous ‘Z’ symbol. The ‘Z’, as well as the letters ‘V’ and ‘O’, is one of the symbols that can be seen painted on Russian military vehicles taking part in the invasion of Ukraine.

The images were obtained from the Russian Ministry of Defense on Friday, July 29, along with a statement claiming (in English): “Russian Defense Ministry publishes footage of artillery units from 1st Army Corps of DPR People’s Militia in combat action within a special military operation.

“Servicemen of an artillery regiment from the Artillery Corps destroy the fortifications and the strongpoints of the Armed Forces of Ukraine (AFU) using D-20 and 2A-36 155-mm guns.

Martin Griffiths, the UN aid chief, is hopeful that the first grain shipment from a Ukrainian Black Sea port could occur as early as Friday, July 29.