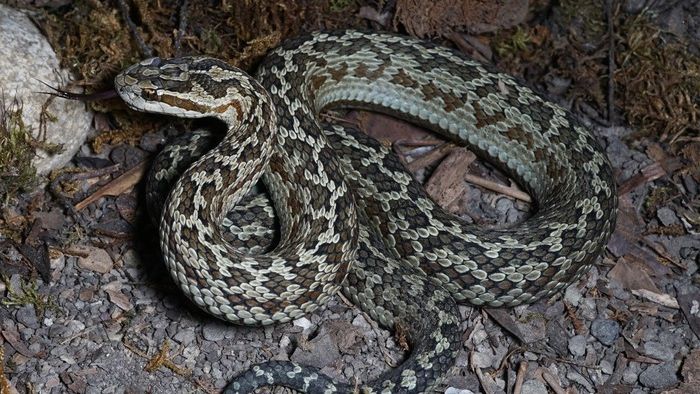 Chinese researchers have discovered a species of pit viper previously unknown to science that lives in a harsh alpine environment known to be inhospitable to reptiles.

The World Heritage Site known as Jiuzhaigou National Nature Reserve is along the eastern edge of the Qinghai-Tibet Plateau to the Sichuan Basin in central China and occupies approximately 160,000 acres.

After running morphological and phylogenetic analyses of snakes they collected there, scientists determined that the specimens belong to species of the Gloydius genus that had not been described previously.

“The new species is morphologically similar, and phylogenetically closely related to G. swild, another recently described species from Heishui, Aba, Sichuan, but differs from it by having larger eyes (related to the head) and a continuous regular brown stripe on each dorsolateral side of the body,” explained Jingsong Shi, a herpetologist and co-author of a new study about the find.

The study is titled “Exploring cryptic biodiversity in a world heritage site: a new pitviper (Squamata, Viperidae, Crotalinae) from Jiuzhaigou, Aba, Sichuan, China,” and was published recently in the journal Zookeys.

Gloydius is a genus of venomous pit vipers found in Asia, especially in China’s Zharu Valley.

Shi referred to the newly discovered member of that genus and its distinct coloration, saying: “Thus, we named it after its unique color pattern: Gloydius lateralis.”

According to Shi, the snake dines on mice and other small mammals, being “active on sunny days by the roadside in a hot, dry valley.”
The picturesque Jiuzhaigou National Nature Reserve features well-preserved original forests, alpine lakes, where rare animals, such as the Giant Panda (Ailuropoda melanoleuca) and Golden Snub-nosed Monkey (Rhinopithecus roxellana) can be found.

Due to the harsh alpine environment there, the diversity of reptiles such as snakes is lower than among mammals.

“The discovery of G. lateralis provides new insights into the diversity and the distribution patterns of Asian pit vipers,” noted the study, which suggests that Qinghai-Tibet Plateau might be one of the key factors in the geographical isolation of the alpine pit vipers in southwest China.

Jiuzhaigou National Nature Reserve, where Gloydius lateralis and other snakes are found, is a well-known tourist destination. “The only known habitat of the new species is Zharu Valley, and it is now under touristic development,” the authors of the study noted.

“Thus, warning signs are still needed to remind visitors to watch out for the venomous pit viper, since this and another pit viper species, Protobothrops jerdo­nii, are often found in grass or bushes on both sides of roads.”

Also, because they are cold-blooded, snakes head to road surfaces to warm themselves and thus make them prone to being crushed by passing vehicles. The researchers called on drivers to slow down in order to avoid road killings.