Stem cells – responsible for healing the body – are also found in hair follicles. 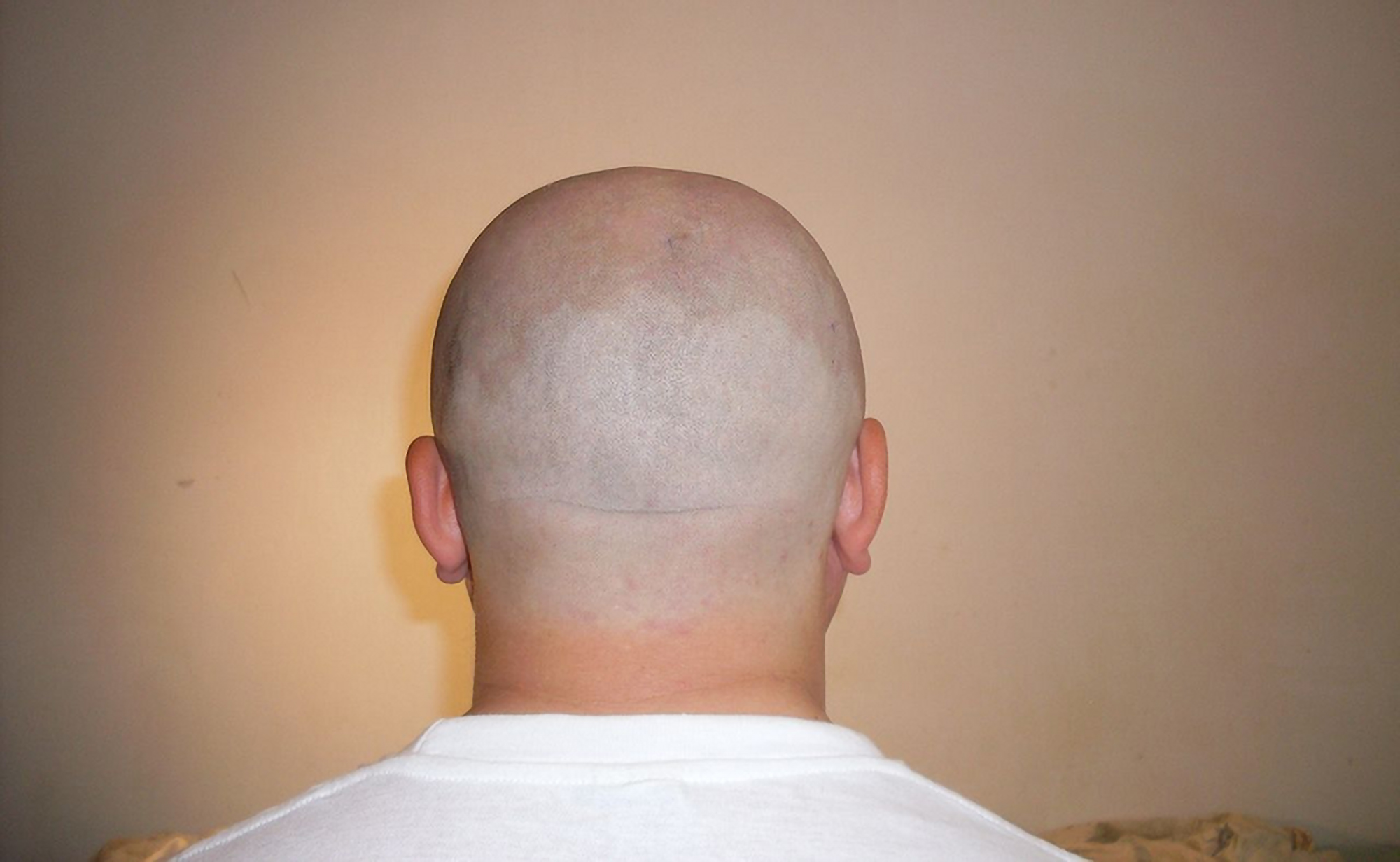 The back of the head of a male with no hair, in an undated photo. New research into factors that control the life and death of hair follicle cells could help people with baldness, as well as wound healing, according to researchers from the University of California, Riverside in CA, USA. (Helpaeatcontu/Zenger)

Scientists may have rooted out a discovery that could put an end to baldness.

This is according to a study – published in Biophysical Journal – that has revealed that a single protein, responsible for helping hair follicles create new life, also determines when they die.

Stem cells – responsible for healing the body – are also found in hair follicles.

Now the study has discovered that a protein known as TGF-beta can turn on or off hair stem cells, making them grow or die.

Study co-author and mathematical biologist at the University of California, Qixuan Wang, explained: “In science fiction when characters heal quickly from injuries, the idea is that stem cells allowed it.

“In real life, our new research gets us closer to understanding stem cell behavior, so that we can control it and promote wound healing.”

Other human organs, such as the stomach and liver, only regenerate when wounded.

But hair follicles continuously regenerate themselves, which proved of great interest to researchers who investigated the impact of TGF-beta.

The chemical controls how stem cells in hair follicles divide and form new cells or cause the death of the entire hair follicle, or apoptosis.

Wang stated: “TGF-beta has two opposite roles. It helps activate some hair follicle cells to produce new life, and later, it helps orchestrate apoptosis, the process of cell death.”

If a cell produces too much of the chemical, it dies off.

But if the right amount is produced, new cells are formed.

Wang said: “Even when a hair follicle kills itself, it never kills its stem cell reservoir.

“When the surviving stem cells receive the signal to regenerate, they divide, make new cells and develop into a new follicle.”

Stimulating hair growth by activating follicle stem cells may be possible through further study of the relationship between TGF-beta protein and cell differentiation.

Ideal wound healing would include the regeneration of hair follicles, as human skin is covered in hair, while the ability to control levels of TGF-beta could lead to a cure for baldness.

Wang stated: “Potentially our work could offer something to help people suffering from a variety of problems.”

This is not the first example of science fiction showing the way to baldly go.

Mobile phones appeared in a 1966 episode of ‘Star Trek’ and needle-less hypo-sprays seen in the show developed into widely-used real-life jet injectors.

«Previous Post
Pensioner Who Collapsed While Hiking Was Rescued Thanks To An Emergency App»Next Post
Mother And Newborn Die Within Minutes Due To Inappropriate Care, Coroner Charges