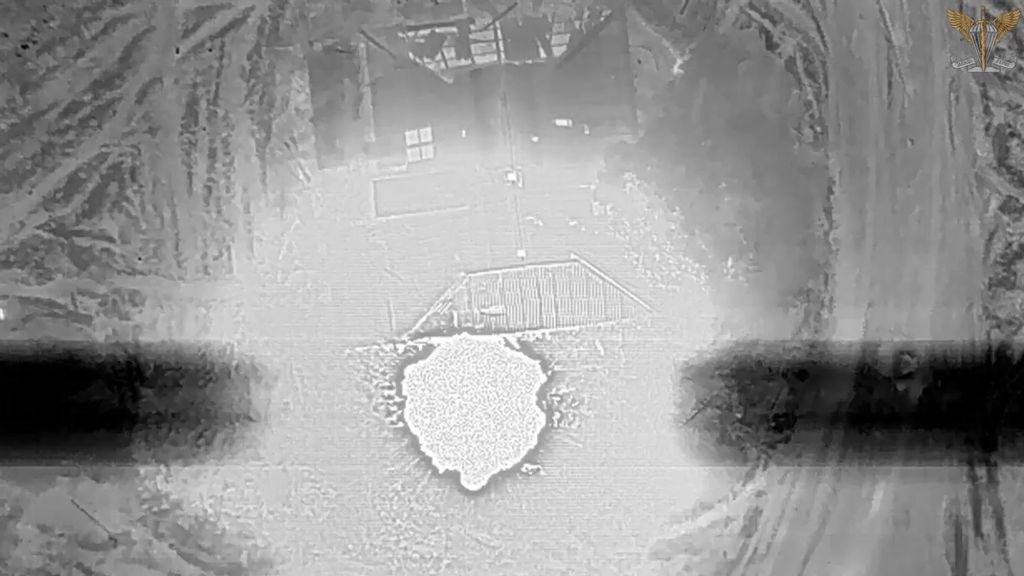 Ukraine's separate intelligence unit destroys a Russian BTR-82 with the help of a drone in Ukraine in an undated video. A number of Russian tanks and ammunition warehouses have been destroyed by Ukrainian forces using armed drones. (@dshv.mil.gov.ua/Zenger)

This footage shows a Ukrainian drone dropping a bomb on a Russian BTR-82 armored personnel carrier and causing a large explosion.

“The video captures the meticulous work of soldiers of a separate reconnaissance unit of the Air Assault Forces of the Armed Forces of Ukraine to destroy a Russian BTR-82 armored personnel carrier.

“We will continue to carry out combat missions and destroy the enemies of Ukraine. Death to the Russian invaders! The Air Assault Forces always come first! Glory to Ukraine!”

Zenger News contacted the Ukrainian Air Assault Forces for further comment, as well as the Russian Ministry of Defense, but had not received a reply at the time of writing.