Expectant Moms May Soon See Babies In The Womb Via Smartphone

Postage stamp-sized adhesive patches can be connected to your smartphone device – producing clear and continuous pictures. 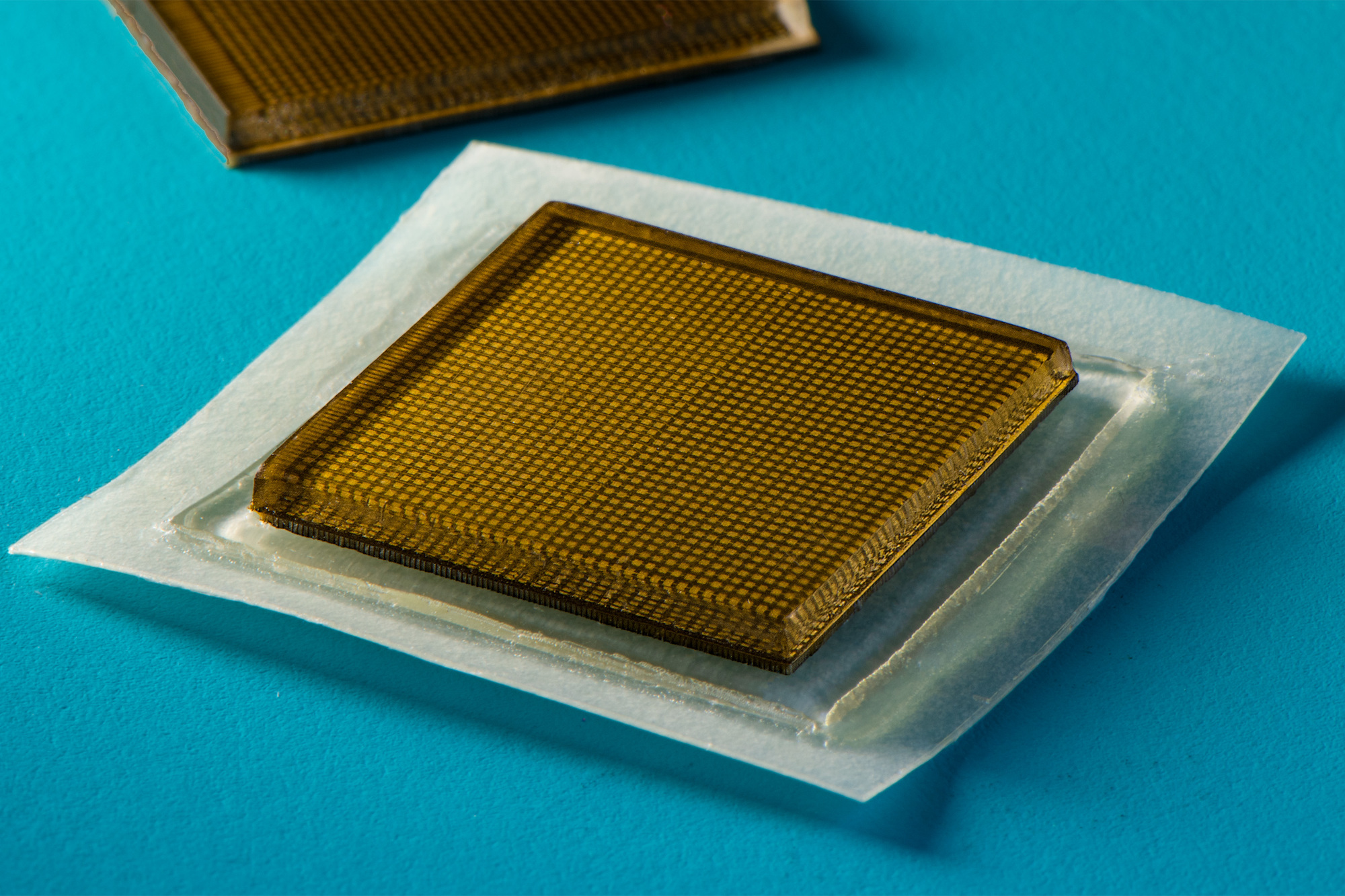 Scientists at Massachusetts Institute of Technology have created postage stamp-sized adhesive patches that provide imaging of the heart, lungs, and other organs. Undated photograph. (Jon Mills,SWNS/Zenger)

Moms-to-be could soon be watching babies grow in the womb on a smartphone.

Postage stamp-sized adhesive patches have been developed that provide imaging of the heart, lungs, and other organs.

They will be connected to your smartphone device – producing clear and continuous pictures for 48 hours.

While women could see their own fetuses, it would also improve the monitoring of cancer patients’ tumors.

They have a host of potential applications to speed up disease diagnosis and treatment.

Senior author Professor Xuanhe Zhao, a mechanical engineer at Massachusetts Institute of Technology, said: “We envision a few patches adhered to different locations on the body, and the patches would communicate with your cellphone, where AI algorithms would analyze the images on demand.

“We believe we have opened a new era of wearable imaging. With a few patches on your body, you could see your internal organs.”

The team at the Boston-based institution ran a battery of tests with healthy volunteers, who wore the stickers on various parts of their bodies, including the neck, chest, abdomen, and arms.

They stayed attached to their skin and took detailed snaps of underlying structures for up to two days.

During this time, participants performed a variety of activities in the lab ranging from sitting and standing to jogging, biking and lifting weights.

The images revealed the changing diameter of major blood vessels when seated versus standing.

They also captured details of deeper organs, such as how the heart changes shape as it exerts during exercise.

The researchers were also able to watch the stomach distend, then shrink back as volunteers drank then later passed juice out of their system.

And as some lifted weights, Zhao and colleagues could detect bright patterns in underlying muscles, signaling temporary microdamage.

Lead author Xiaoyu Chen said: “With imaging, we might be able to capture the moment in a workout before overuse, and stop before muscles become sore.

“We do not know when that moment might be yet, but now we can provide imaging data that experts can interpret.”

Ultrasound is a safe and non-invasive window into the body’s workings, providing clinicians with live images of a patient’s organs.

Trained technicians manipulate wands and probes to direct sound waves into the body. They reflect back out to produce high-resolution images.

Currently, the technique requires bulky and specialized equipment available only in hospitals and doctor’s offices.

The new design could revolutionize medicine by making the system as wearable and accessible as buying Band-Aids at the pharmacy.

Currently, it requires connecting the stickers to instruments that translate the reflected sound waves into images.

Even in this form, they have potential immediate applications for hospital patients – similar to heart-monitoring electro-cardio gram stickers.

They could also continuously image internal organs without requiring a technician to hold a probe in place for long periods of time.

If the devices can be made to operate wirelessly – a goal the team is currently working toward – they could be made into wearable imaging products that patients could take home from a doctor’s office or even buy at the chemist’s.

To image with ultrasound, a technician first applies a liquid gel to a patient’s skin, which acts to transmit ultrasound waves.

A probe, or transducer, is then pressed against the gel, sending sound waves into the body that echo off internal structures and back to the probe, where the echoed signals are translated into visual images.

For patients who require long periods of imaging, some hospitals offer probes affixed to robotic arms that can hold a transducer in place without tiring, but the liquid ultrasound gel flows away and dries out over time, interrupting long-term imaging.

In recent years, researchers have explored designs for stretchable ultrasound probes that would provide portable, low-profile imaging of internal organs.

These designs gave a flexible array of tiny ultrasound transducers, the idea being that such a device would stretch and conform to a patient’s body.

But these experimental designs have produced low-resolution images, in part due to their stretch.

In moving with the body, transducers shift location relative to each other, distorting the resulting image.

“However, the resolution and imaging duration of existing ultrasound patches is relatively low, and they cannot image deep organs.”

The ultrasound sticker produces higher-resolution images over a longer duration by pairing a stretchy adhesive layer with a rigid array of transducers.

Wang said: “This combination enables the device to conform to the skin while maintaining the relative location of transducers to generate clearer and more precise images.”

The adhesive surface is made from two thin layers of elastomer that encapsulate a middle layer of solid hydrogel, a mostly water-based material that easily transmits sound waves. Unlike traditional ultrasound gels, it is elastic and stretchy.

Chen said: “The elastomer prevents dehydration of hydrogel. Only when the hydrogel is highly hydrated can acoustic waves penetrate effectively and give high-resolution imaging of internal organs.”

The bottom elastomer layer is designed to stick to the skin, while the top layer adheres to a rigid array of transducers that the team also designed and fabricated.

The team is also developing software algorithms based on artificial intelligence that can better interpret and diagnose the stickers’ images.

Zhao said ultrasound stickers could be packaged and purchased by patients and consumers.

They could be used not only to monitor various internal organs but also the progression of tumors – as well as the development of fetuses in the womb.

Zhao added: “We imagine we could have a box of stickers, each designed to image a different location of the body. We believe this represents a breakthrough in wearable devices and medical imaging.”