A Can Of Beer Could Solve The Murder Of A Man

A man and a woman were arrested at the scene and remain in custody. 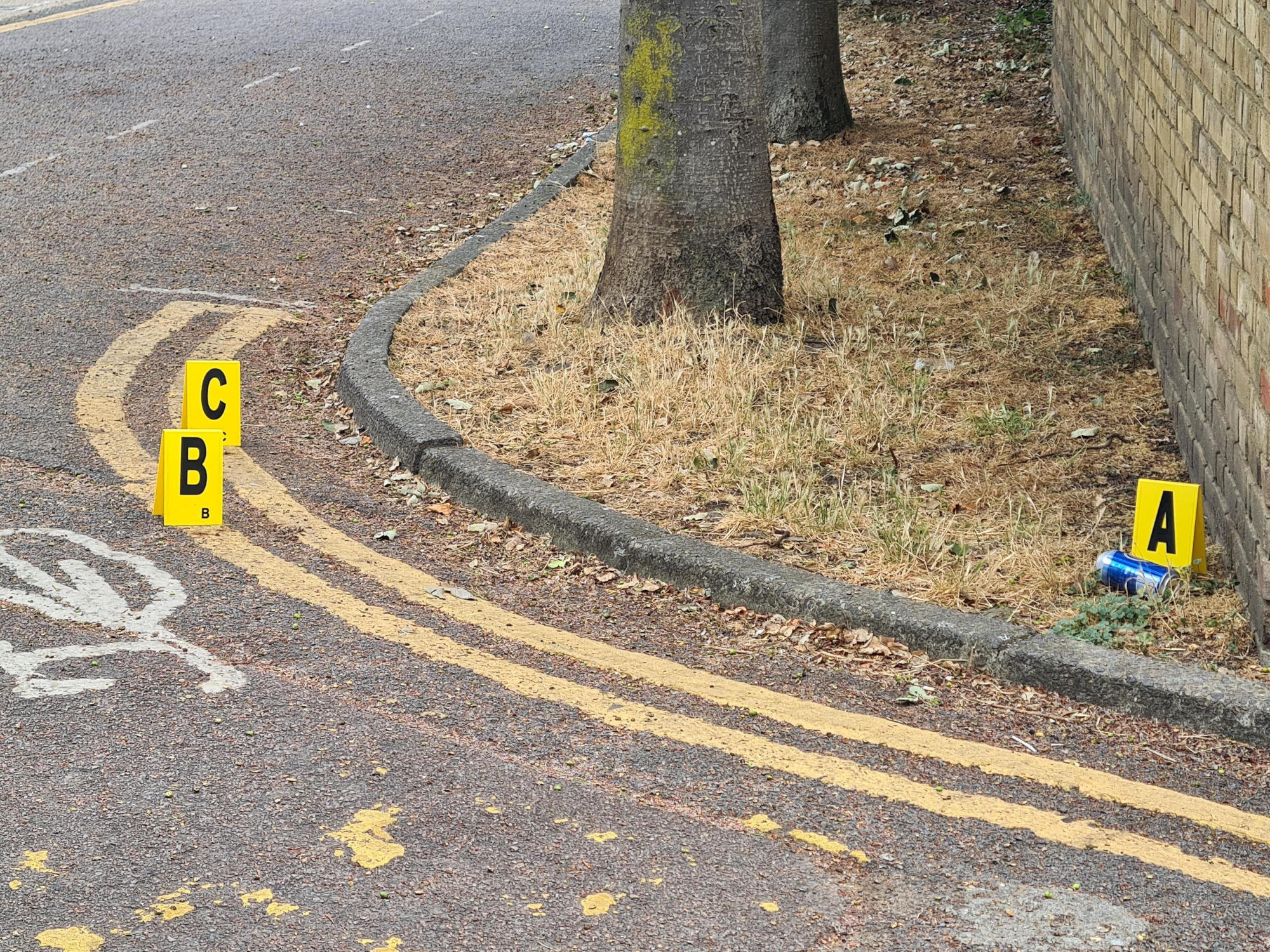 Police and forensics officers on the scene where a man in his 40s was killed in Tooting, south London, in the U.K., in the early hours of Wednesday July 27, 2022. (SWNS/Zenger)

A can of beer could hold vital clues to the murder of a man in his 40s stabbed to death near an apartment building.

A tin of Foster’s lager was seen surrounded by police tape just yards from where the victim was attacked in Tooting, south London, in the United Kingdom, earlier on Wednesday, July 27.

The can was marked as evidence in a cordoned-off alleyway across the street from where the man was knifed to death.

Forensic investigators photographed the alleyway and the red building where the man was attacked.

A man and a woman were arrested at the scene and remain in custody.

Emergency services, including the air ambulance, were called just after 1 a.m., but the man was pronounced dead at the scene by paramedics.

Neighbors living near where the man was stabbed to death said the area is quiet and well-off so would not expect such shocking violence.

Andy, 27, a Royal Mail postman, said he delivers on this street regularly but was not working yesterday.

He said of the red house: “There are four flats there, I don’t know which one it is.

“I deliver there all the time, I’ve never had any issues personally.

“I don’t know but if I had to guess, the trouble would have come from down that alleyway from the Flowersmead estate.

“There’s a dodgy, unsafe atmosphere there, but this street is not like that.

“It’s quite well-off, wealthy, the people are really nice. It’s quiet. I’ve never heard of anything like this happening on this road.”

Another woman walking down the street who asked not to be named, added: “I don’t live here, I live more towards Tooting Broadway.

“It’s quiet down here but it gets rougher towards that way. Recently a new pizza shop opened and I heard someone got stabbed in there.”

Many neighbors near the red apartment building did not know of the crime and were unaware of what took place.

One woman, who was caring for an elderly man two doors down and asked not to be named, said: “It’s scary isn’t it?”

She pointed to the house where her client lives and added: “That’s why I always tell him to keep the door shut.

“I hope they don’t give him bail but knowing this country they probably will.”

A staff worker who answered the door at a nearby nunnery said: “I wasn’t here last night but the ladies told me they didn’t hear anything.

“I have seen people going in and out but I don’t know them. It’s a rental place so there are lots of people coming and going.

“The nuns don’t know anyone here either, they don’t really interact with anyone.”

One man who has lived across the street with his wife for two-and-a-half years said he did not know of any previous disturbances at the block.

He added: “At no point have we ever thought, ‘oh, we live across from a dodgy house’.

“I assumed it was a block of flats because people come and go but they looked normal.

“I was up until 3 a.m. last night and I didn’t hear anything, I heard the old bill but no shouting.

“I grew up in a rough area so I know what a row sounds like.”

Police are appealing for any witnesses to come forward.

A Met Police spokesman said: “Police were called at around 1.15 a.m. on Wednesday by the London Ambulance Service to reports of a man, believed aged in his 40s, suffering serious injuries at an address on Trinity Crescent, Tooting.

“Officers and London’s Air Ambulance attended but despite the efforts of the emergency services he was pronounced dead at the scene. Work is ongoing to inform all next of kin.

“A man and a woman – no further details – were arrested at the scene on suspicion of murder and both remain in custody.

“A crime scene remains in place. Homicide detectives from Specialist Crime are investigating.”

Anyone with information that could help the investigation can call police on 101 or the independent charity Crimestoppers anonymously on 0800 555 111.