Sarah Becker took on responsibility for her son's children three-and-a-half years ago after they were removed from their mother.
By Simona Kitanovska July 29, 2022
Facebook
Twitter
Linkedin
Email 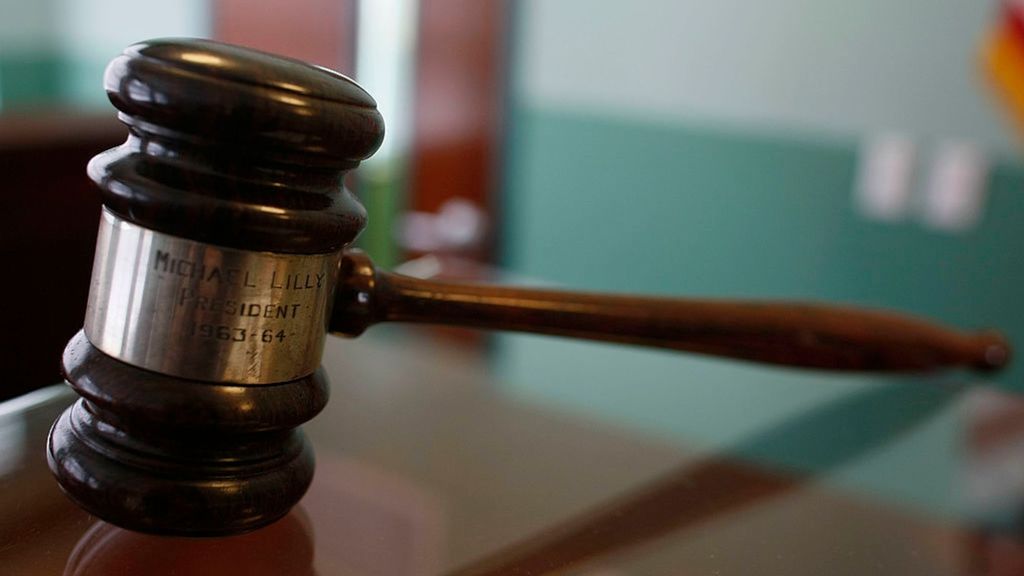 A judges gavel rests on top of a desk on February 3, 2009 in Miami, Florida. (Photo by Joe Raedle/Getty Images)

A woman raising her grandchildren to stop them from going into foster care has won a landmark legal case for ‘special guardians’ – after a council repeatedly reduced her payments and even stopped them completely.

Sarah Becker, 56, took on responsibility for her son’s children three-and-a-half years ago after they were removed from their mother due to neglect.

She was told she had to either take in the children – then six and five – or they would be adopted.

She was already a single parent to two children, one with special needs, and she says she was assured she would receive financial help.

But just three months after she had taken the children in she says Plymouth Council stopped her special guardian payments entirely.

A judge quashed the model it used to calculate the money it pays and will now have to recalculate and back pay the allowances to Becker.

But it will also have to make repayments to other special guardians in the local authority area who took in young relatives when they were already responsible for their own dependent children.

The ruling has national implications which means all local councils must review their financial allowances if they don’t follow the official government guidance.

Becker said: “I’m a strong person and what I’ve had to go through has absolutely drained me, everyone should be working together for the best for these children.

“Before I took the children the council told me I would never suffer financially or be worse off than I was.

“I had two formal complaints go through which I won and it still went back to the way it was – after they were told they had unlawfully not paid me, they paid me and then stopped it again the next day.”

When Becker took on responsibility for her grandchildren she was already a single parent to her two own children – including her son who has special needs and receives DLA.

While she was responsible for the two children, their half-sister was placed into foster care and received much of the support Becker felt was lacking for her own grandchildren.

She was placed under such financial strain that she was forced to use some of her son’s DLA to pay the additional costs, which meant her son went without the support that he required.

She said: “I feel elated that justice has been done and they have to do what they said they were going to do but I also feel that it never should have come to this and it should have been solved through talking.

“When I took the children on they knew the financial situation and that I was my son’s carer and they told me I would get help and support with finances and then they just cut it all and never gave a reason why.

“I’ve had four years of fighting a fight I never should have had to and I’ve done it for them, not me.

“It’s hard but if you feel that you’re right then fight for it – at the end of the day you’re fighting for the children, they’ve suffered enough and they deserve the help.

“I hope it’s going to help other people across the country who are in the same situation and struggling and people can spend their time supporting their children and not fighting a battle like I have been.”

Rebecca Chapman, an expert public law and human rights lawyer at Irwin Mitchell representing Becker said: “Sarah would rather not have been in this position but feels she had no option but to bring this legal challenge because of the local authority’s irrational stance.

“Never has the squeeze on family finances been as hard felt as it is at present and it’s not only surprising but deeply worrying that the council adopted the position it did, particularly departing from government guidance to calculate payments.

“We’re pleased to have secured this victory for Sarah and urge the council to work with her to ensure she receives the level of support she’s entitled to help care for her family.

“However, this judgment has wider implications for other special guardians as it means all local authorities will have to their review their allowances if they’ve departed from official government guidance.”

A Plymouth City Council spokesperson said: “We offer a wide variety of support to special guardians who are valued by Plymouth as a vital source of care and support for some children in our city.

“All special guardians are entitled to apply for a Special Guardianship Allowance.

“This is assessed by taking into account the individual financial circumstances of each household and their income.

“We cannot comment on an individual case but can confirm that we accept the court’s decision relating to how part of this assessment is carried out and will take all necessary action.”

«Previous Post
Coaches, Wrestlers Grapple With Life After Parkland Massacre»Next Post
A Car Crashed Into A Ditch As It Overtook A Truck