The images were obtained from the Command of the Ukrainian Air Assault Forces on Wednesday, July 27. 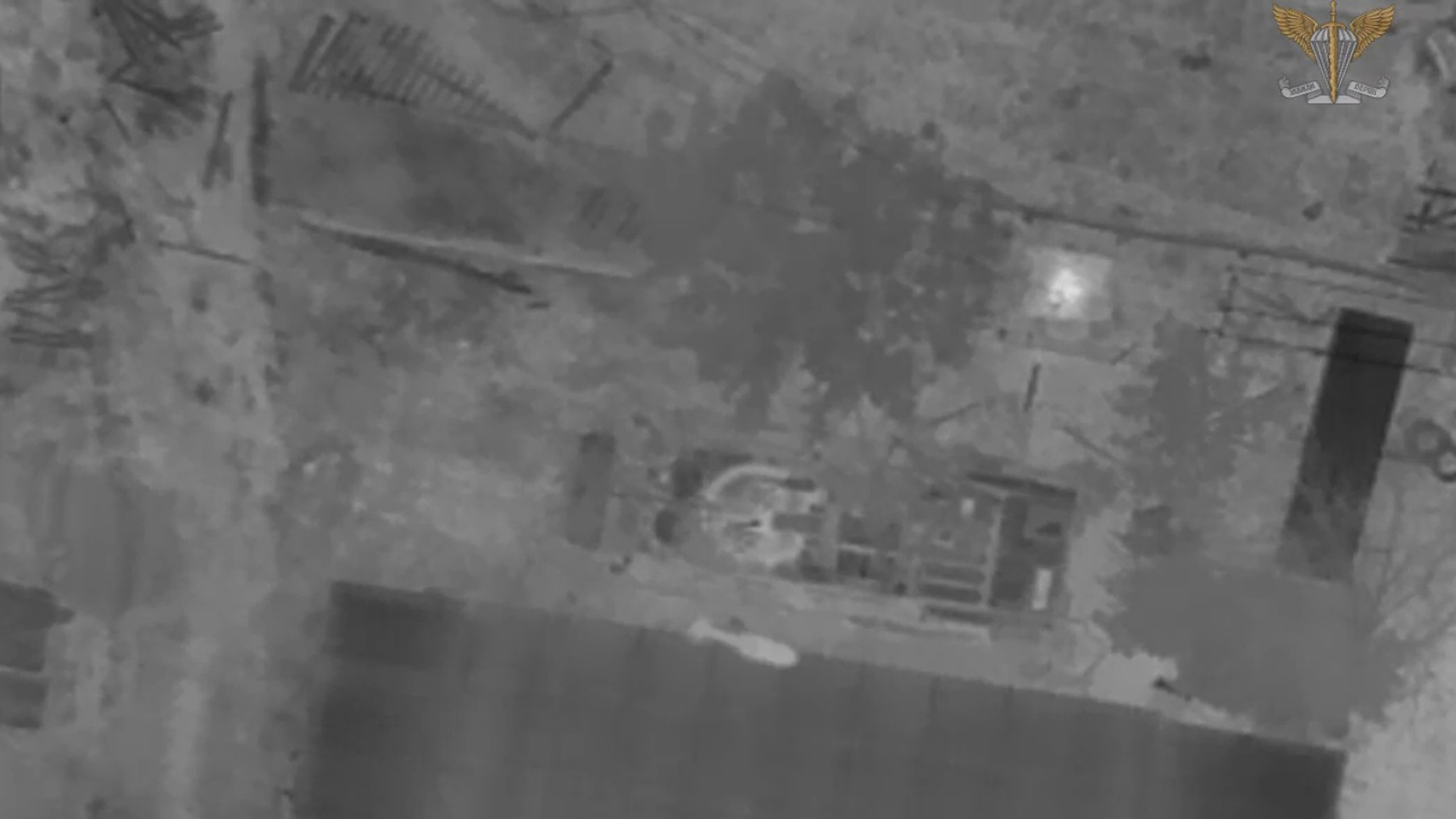 Soldiers of a separate intelligence unit of the Armed Forces of Ukraine destroy a Russian BTR-82 with the help of a drone in Ukraine in undated footage. Ukraine military authorities reported that the Russian soldiers were also killed during the attack. (@dshv.mil.gov.ua/Zenger)

The enemy vehicle can be seen hiding in what appears to be an urban environment, but this did not stop it from being spotted by a Ukrainian armed drone.

The footage, filmed from the Ukrainian drone, shows a first bomb being dropped right on top of the vehicle, causing a large explosion.

The drone immediately drops a second bomb on the armored personnel carrier for good measure. This causes a second explosion as the footage ends.

“Soldiers of a separate reconnaissance unit of the Air Assault Forces of the Armed Forces of Ukraine continue to successfully destroy the Russian invaders and their equipment, where the enemy does not expect them.

“In particular, a BTR-82 with a crew and a car with a mortar that ‘followed’ the Russian warship were destroyed.

“Death to the Russian invaders! Glory to the DShV! Glory to Ukraine!”

It is understood that the “Russian warship” is a reference to the Moskva, the Russian vessel that was the flagship of its Black Sea fleet. It sunk on April 14, with Ukraine saying that it hit it with missiles and with Russia claiming that it sunk after a fire broke out.

The BTR-82 is an advanced Russian, wheeled, armored personnel carrier that is part of the BTR-80 family. It is equipped with a long gun and turret and is designed to withstand blasts from mines.

Preparations are ongoing for the first ships carrying grain to leave Ukraine’s ports, with Turkey unveiling a centre in Istanbul to oversee the deal, which was brokered by the UN and Ankara and which was signed by both Ukraine and Russia.

US Secretary of State Antony Blinken has said that he is set to talk to Russian Foreign Minister Sergei Lavrov by phone. It will be the first call between the two diplomats since the beginning of the Russian invasion.