The images were obtained from the National Guard of Ukraine on the evening of Wednesday, July 27.
By Joseph Golder July 29, 2022
Facebook
Twitter
Linkedin
Email 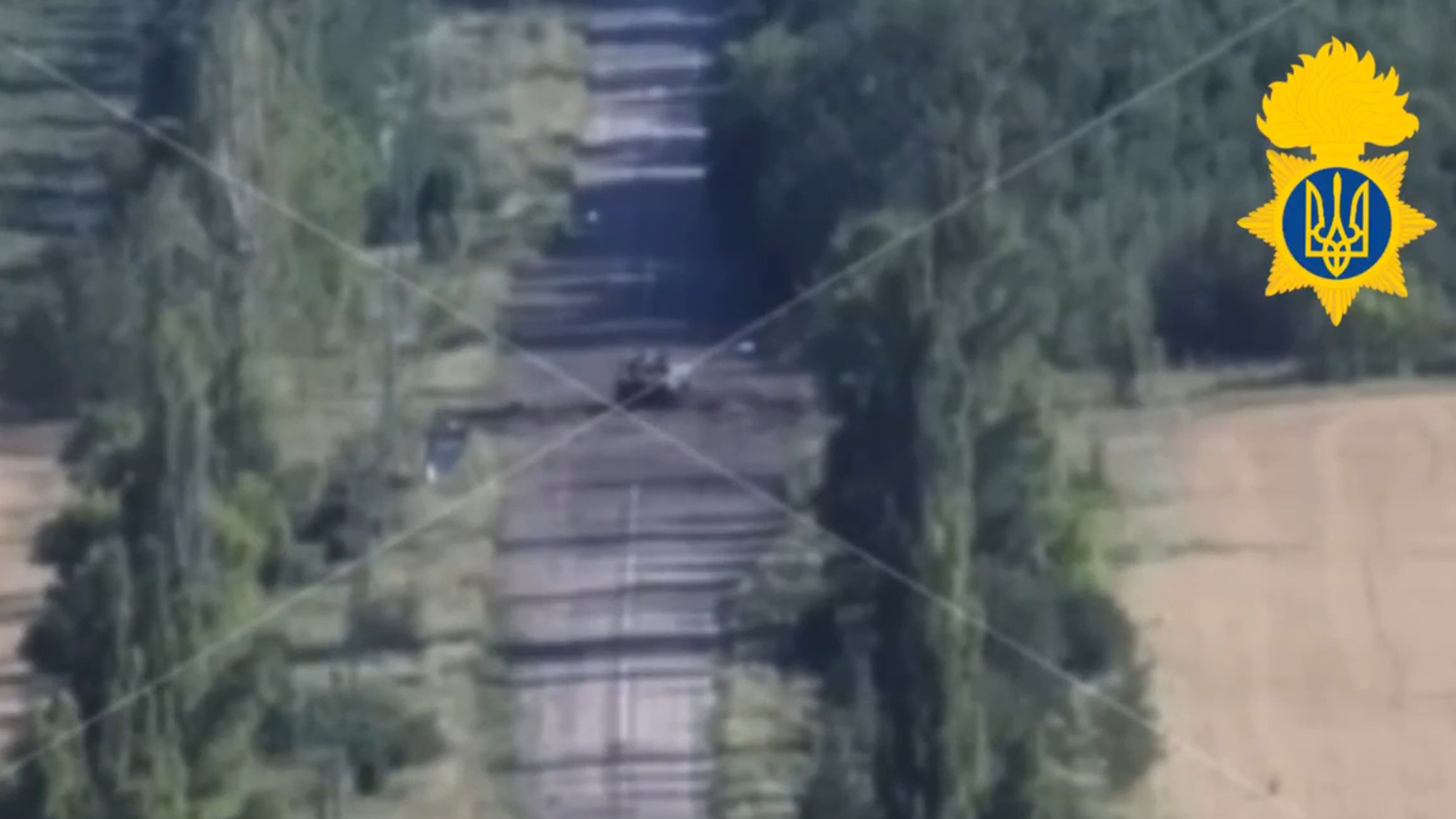 Picture shows a Russian BMP-2 in the Donetsk region in Ukraine in undated footage. In response to the attacks of the Ukraine National Guard, the BMP-2 was destroyed. (@NGUmainpage/Zenger)

This footage shows Ukrainian National Guard fighters in the Donetsk region of eastern Ukraine landing a direct hit on a Russian BMP-2 with an anti-tank guided missile.

The footage begins by showing the Russian infantry fighting vehicle in the middle of a road a few seconds before it is hit by the guided missile.

Suddenly, the projectile can be seen heading toward the target before it hits it and it explodes, causing grey smoke to rise into the air as the footage ends.

The images were obtained from the National Guard of Ukraine on the evening of Wednesday, July 27, along with a short statement saying: “Donetsk region. Soldiers of the National Guard’s special purpose unit, while performing a combat mission, came close to the enemy’s position and set up an ambush. After that, the Russian BMP-2 was destroyed with a well-aimed shot from Skif ATGM crew.”

The BMP-2 is a Russian amphibious infantry fighting vehicle that was first introduced in the 1980s in the Soviet Union. The ‘Skif’ – or Stugna-P – is a Ukrainian anti-tank guided missile that was first developed in the early 2010s.