The Scottish Parliament Could Make A National Apology For Slavery

“Conference believes honesty and owning up to the past is something most people in Scotland are open to.” 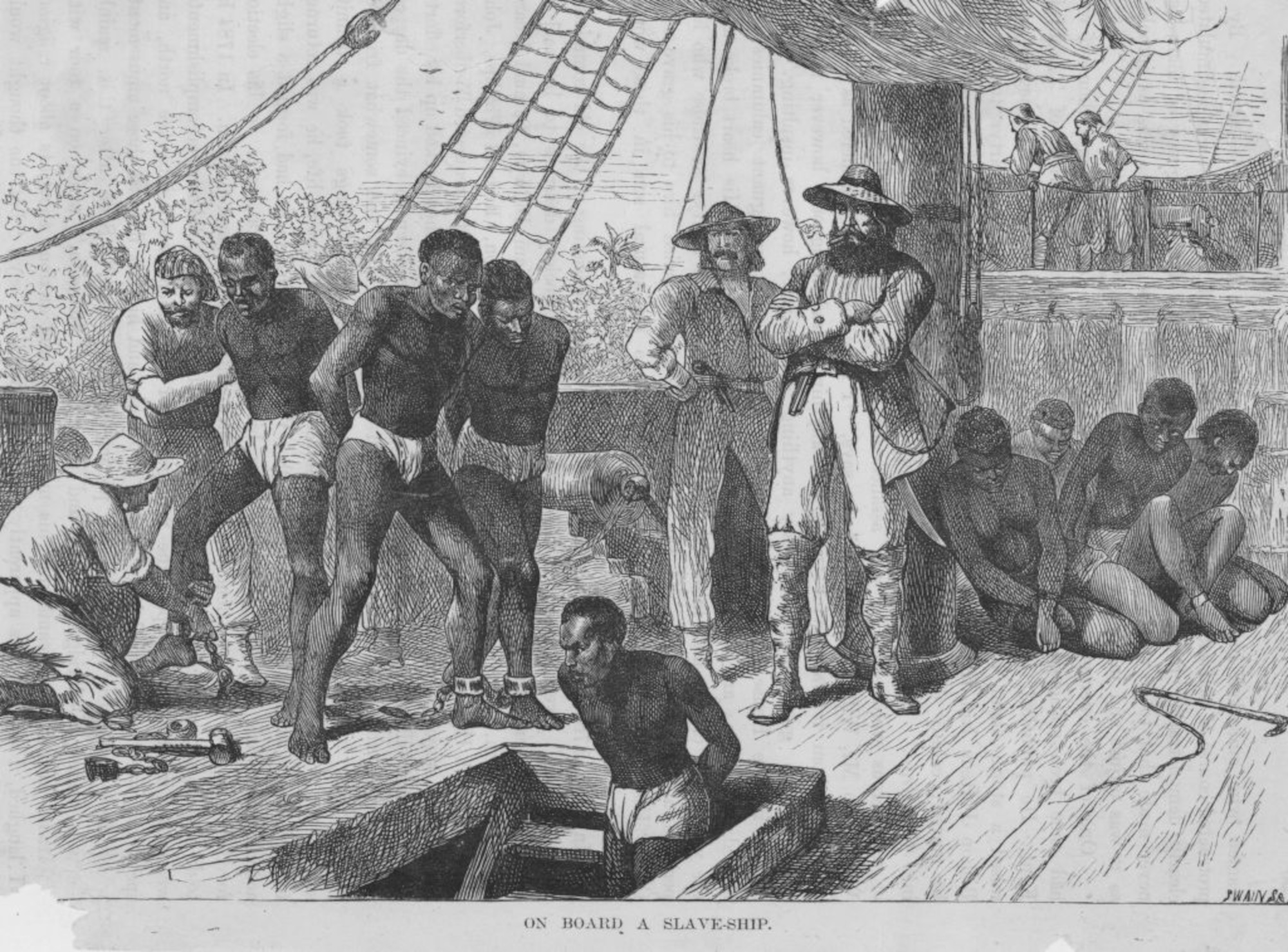 Enslaved people aboard a ship being shackled before being put in the hold. Illustration by Swain (Photo by Rischgitz/Getty Images)

The Scottish Parliament could make a national apology for slavery according to Scottish National Party proposals.

A resolution included in the party’s provisional conference agenda details the historical involvement of Scots in the tobacco, sugar, and cotton trades, based on the labor of slaves.

The motion, if passed, would see the Scottish Government tasked with deciding whether a national apology by the Scottish Parliament would be possible.

It has been proposed for debate at the conference by Anne McLaughlin, Minister of Parliament for Glasgow North East, and Glasgow City Council councilor Graham Campbell, who chairs Black-Asian-Minority Ethnic caucus of the Scottish National Party.

Such a move would follow the decision of Glasgow City Council, led by the SNP, to apologize for its role in the slave trade.

Leader of the council, Susan Aitken, said the blood of trafficked and enslaved African people was built into Glasgow’s “very bones.”

That followed the publication of a 119-page study by Stephen Mullen of Glasgow University, which detailed the city’s links to the slave trade.

He listed eight statues and 62 street names alongside a host of buildings which were linked to slavery, usually through the links to the trade connected with plantations owned by Scots or the ships which carried slaves against their will across the Atlantic.

The City of Edinburgh Council has undertaken a similar review of its links to the slave trade, asking people for their views and highlighting statues, buildings and street names that could be linked to the slave trade.

This followed protests in the Scottish capital during the global Black Lives Matter movement in July 2020 following the murder of George Floyd in Minneapolis, Minnesota.

These protests lead to a new plaque detailing the links to the slave trade of the man memorialized on the largest monument in Edinburgh, the Henry Dundas monument in St. Andrew Square.

The conference motion states: “Conference, however, notes the general lack of public awareness of the key role Scotland played in the development of the ruthless system of exploitation of enslaved African labor in those colonies.

“Conference believes honesty and owning up to the past is something most people in Scotland are open to.

“Conference therefore resolves to ask the Scottish Government to examine the possibility of the Scottish Parliament making a formal national apology for Scotland’s central role in the perpetuation of slavery and its colonial and post-colonial legacies and urges it to work closely with representatives of the Scottish Caribbean diaspora and with business, community and arts organizations towards the establishment of reparative justice – primarily through public awareness education, social and historical memory.”

The resolution also calls for the Scottish National Party to back calls for a national museum on slavery in Glasgow and to increase the scale of the links between Scotland and Jamaica as an act of “reparative justice”.

Earlier this year the First Minister made a formal apology to those killed under the Witchcraft Act 1563 and has pardoned miners arrested during the 1984-85 strikes.

The motion will go through an internal process within the SNP before the party’s conferences committee decides whether it will be debated at the Scottish National Party’s conference in Aberdeen.