The images were obtained from the Russian Ministry of Defense on Thursday, July 28.
By Joseph Golder July 29, 2022
Facebook
Twitter
Linkedin
Email 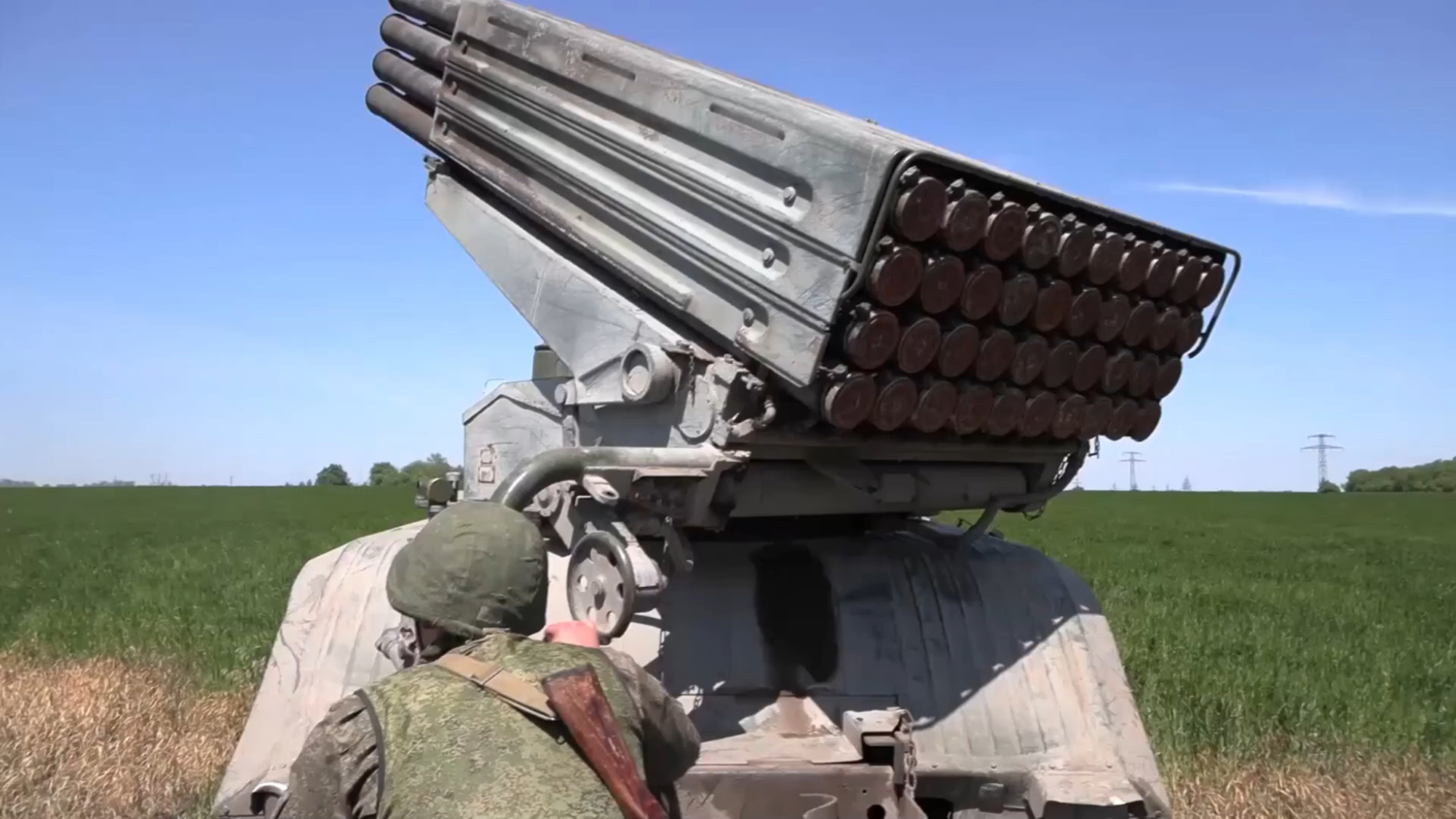 This footage obtained from the Russian Ministry of Defense purports to show a multiple rocket launcher vehicle operated by the pro-Russia Donetsk People’s Republic in action in eastern Ukraine.

The images were obtained from the Russian Ministry of Defense on Thursday, July 28, along with a short statement claiming that the footage shows combat operations of a BM-21 ‘Grad’ multiple rocket launcher vehicle operated by the People’s Militia of the breakaway so-called People’s Republic of Donetsk.