The images were obtained from the Russian Ministry of Defense (MoD) on Wednesday, July 27.
By Joseph Golder July 29, 2022
Facebook
Twitter
Linkedin
Email 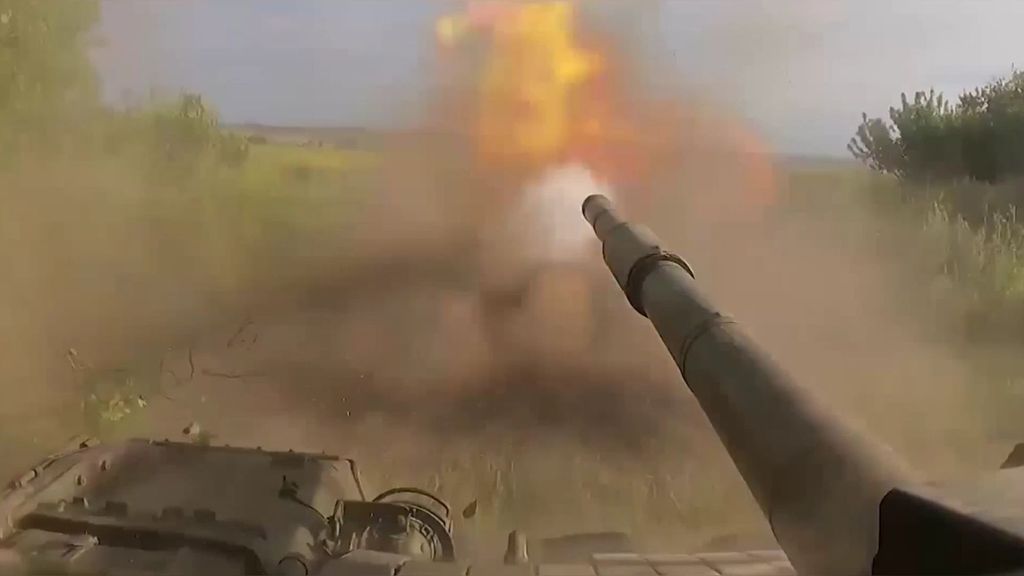 This footage obtained from the Russian Ministry of Defense purports to show tanks of the so-called Donetsk People’s Republic in action in the Donetsk region in eastern Ukraine.

The tanks can be seen bearing the now infamous ‘Z’ symbol. The ‘Z’ – as well as the letters ‘V’ and ‘O’ – is one of the symbols that can be seen painted on Russian military vehicles taking part in the invasion of Ukraine.

They can be seen opening fire, allegedly on Ukrainian positions.

The images were obtained from the Russian Ministry of Defense (MoD) on Wednesday, July 27, along with a statement (in Russian) claiming that the images show “personnel of the combat work of tank units of the 1st Army Corps of the People’s Militia of the Donetsk People’s Republic working to capture the stronghold of the Armed Forces of Ukraine.

“The tankers of the army corps advanced to the line of fire and destroyed firing positions of the Armed Forces of Ukraine.

“In total, during the battle, up to a platoon of militants was destroyed, as well as several pieces of equipment and weapons in firing positions.”