Made by A. Lange & Sohne in the early 1940s, the watch was supplied to the Luftwaffe during the conflict. 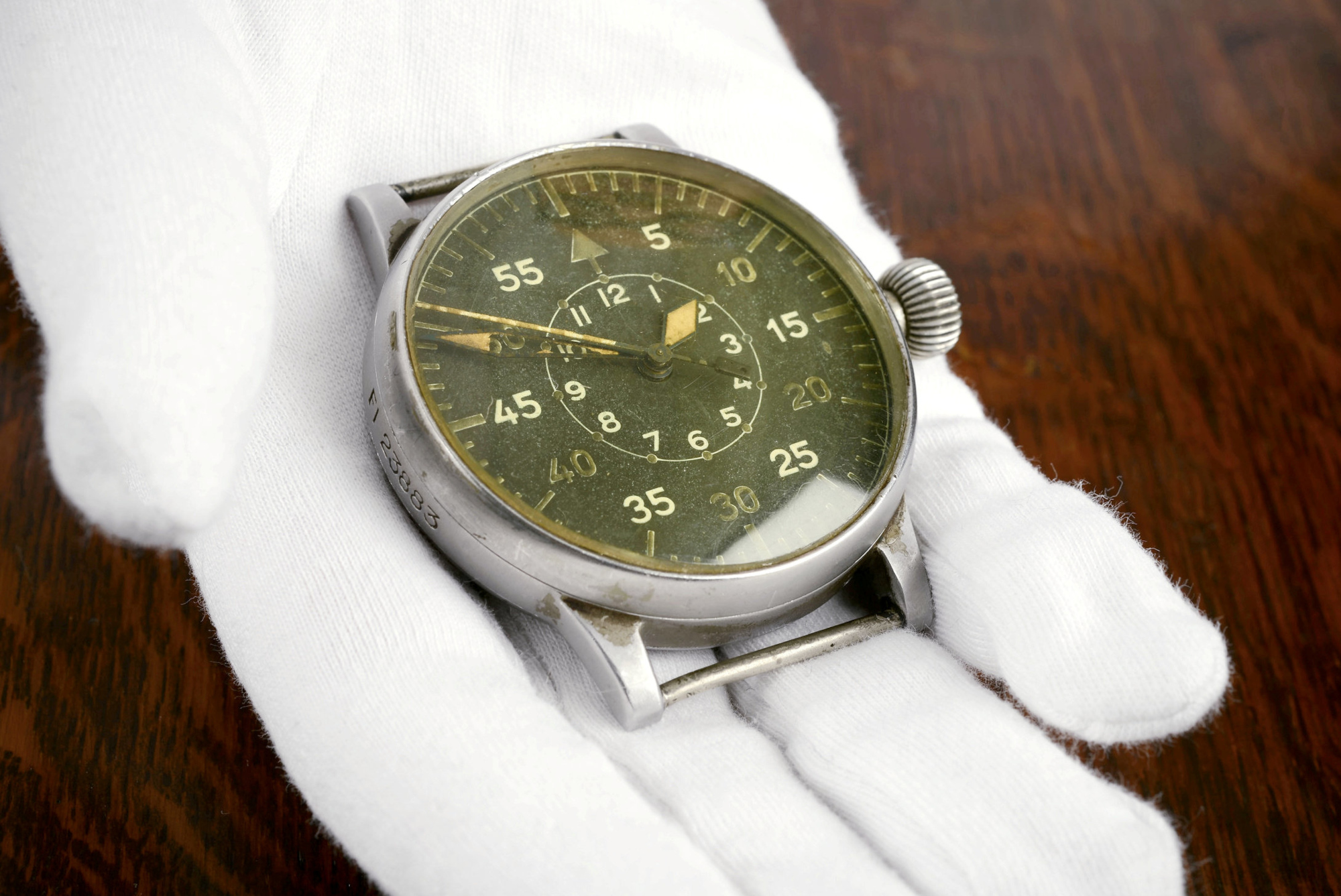 A rare watch worn by Luftwaffe pilots in World War Two which spent 75 years gathering dust in a desk drawer in Coventry is set to sell for up to $12,000 at an auction in Birmingham, England on August 8, 2022. (Steve Chatterley SWNS/Zenger)

A historic timepiece worn by Nazi pilots during WWII has emerged from a desk drawer and may soon fetch over $12,000 at auction.

Made by the renowned German watchmakers A. Lange & Sohne in the early 1940s, the watch was supplied to the Luftwaffe during the conflict.

Issued to aircrews before each flight, they were synchronized to the standard time of the German Naval Observatory after receiving a signal from their airbase.

If they survived their perilous missions while fending off Allied bomber flights, the pilots had to return the watches upon returning to base.

The now dusty watch is one of 6,904 Beobachtungs-uhren (B-Uhren) timepieces manufactured by A. Lange & Sohne from 1940 to 1945. It features large and luminous numbers on its dial to help pilots navigate in the dark.

Royal Engineer William “Bill” Albert Holyoake was a sapper or combat engineer during the war when he acquired the watch.

Upon returning to Coventry, his hometown in England, in the U.K., that had been heavily bombed by the Luftwaffe, he stored his prize in a locked desk drawer in 1947.

After his death in 2021, Holyoake’s family members discovered the watch while looking through his effects.

Kain Holyroyd of the auctioneering firm said: “Because the watches were returned after each mission and never owned by the aircrews, they were never passed down or sold after the war. For this reason, they are rare and valuable.”

He added, “Bill’s family said he rarely spoke about his time overseas during the war, but it was believed he collected the watch and other items while in Central Europe.”

In German, Beobachtungs-uhren means ‘observation watch, which was tested to the highest standards as a chronometer for precisely keeping time.

Lange and Sohne of Germany continues to be a highly-regarded watchmaking company, which produced watches for German Emperor Wilhelm II and Alexander II of Russia in the early 20th century.

With a huge 55-millimeter (2-inch) case, the B-Uhr could be easily read in a dark cockpit and could fit over the sleeve of the pilot’s flying suit.