Between 2009 and 2022, Dr. Brown and his team excavated the near four-kilometer-long fortification.
By Alice Amelia Thomas July 29, 2022
Facebook
Twitter
Linkedin
Email 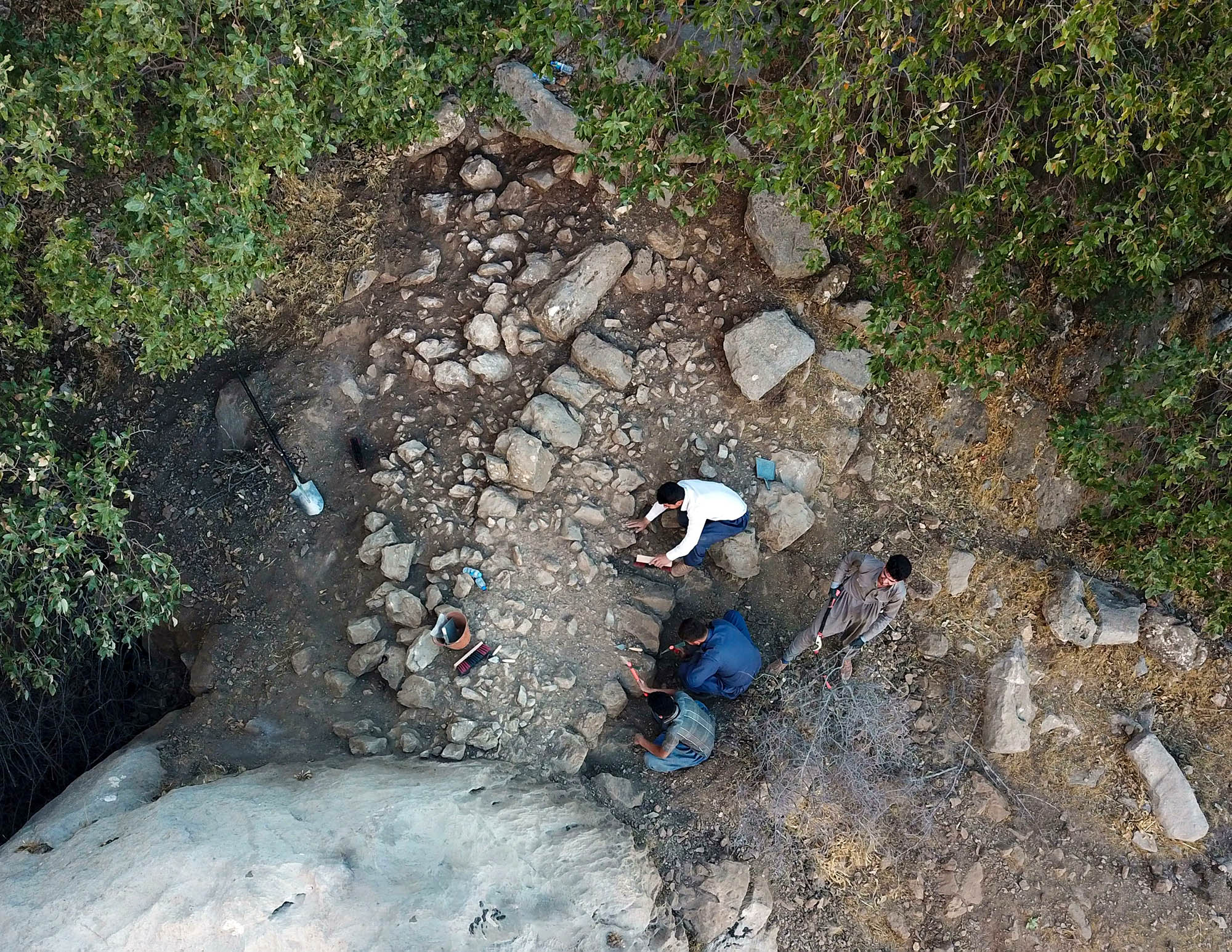 A rain shrine linked to a water goddess has been found in an ancient mountain fortress that archaeologists believe could be the long-lost city of Natuonia.

Little is known of Natuonia apart from its mention on seven bronze coins from the first century BC that describe a city found in modern-day Iraqi Kurdistan along with a strip of land on the Lower Zab River, known as Kapros in ancient times.

According to research by Dr. Michael Brown from the Heidelberg University in Germany, along with colleagues from the Directorate of Antiquities in the Iraqi city of Sulaymaniyah, the 2000-year-old Rabana-Merquly fortress may be the lost city of Natuonia and was a regional center of the Parthian Empire, an important political force in ancient Iran from 247 BC to 224 AD that stretched from the Mediterranean to India and China.

The fortress was positioned on the border of Adiabene, a small kingdom ruled by local dynasty kings who probably paid tribute to the Parthians.

Between 2009 and 2022, Dr. Brown and his team excavated the near four-kilometer-long (2.4-mile-long) fortification with the help of drone technology.

These carvings portray a figure with an unusual hat who is thought to be one of the kings of Adiabene, either Natounissar, the royal city’s founder, or one of his direct descendants.

According to one scientific interpretation, Natuonia comes from the royal name of Natounissar, which means fortification or moat in Parthian.

Dr. Brown stated: “This description could apply to Rabana-Merquly.

“The location near to the lower Zab/ancient Kapros river… and royal imagery all link the archaeological site to the description we can deduce from coinage.”

Dr. Brown added: “There are also some unusual high-status tombs nearby.”

Archaeologists also located a sanctuary-like structure that collected rainwater and converted it into a waterfall over a huge stone complex where a staircase was carved into the rock bed.

Researchers believe that the prominence of water suggests the presence of a cult that worshipped the Persian water goddess Anahita, associated with fertility, wisdom, and healing.

The excavation was part of a wider investigation into Parthian life in the Zagros highlands and provides an insight into the history of the Parthian Empire and its impact on the region.