Euskadi is the name Basque-speakers give to the Basque region of Spain. 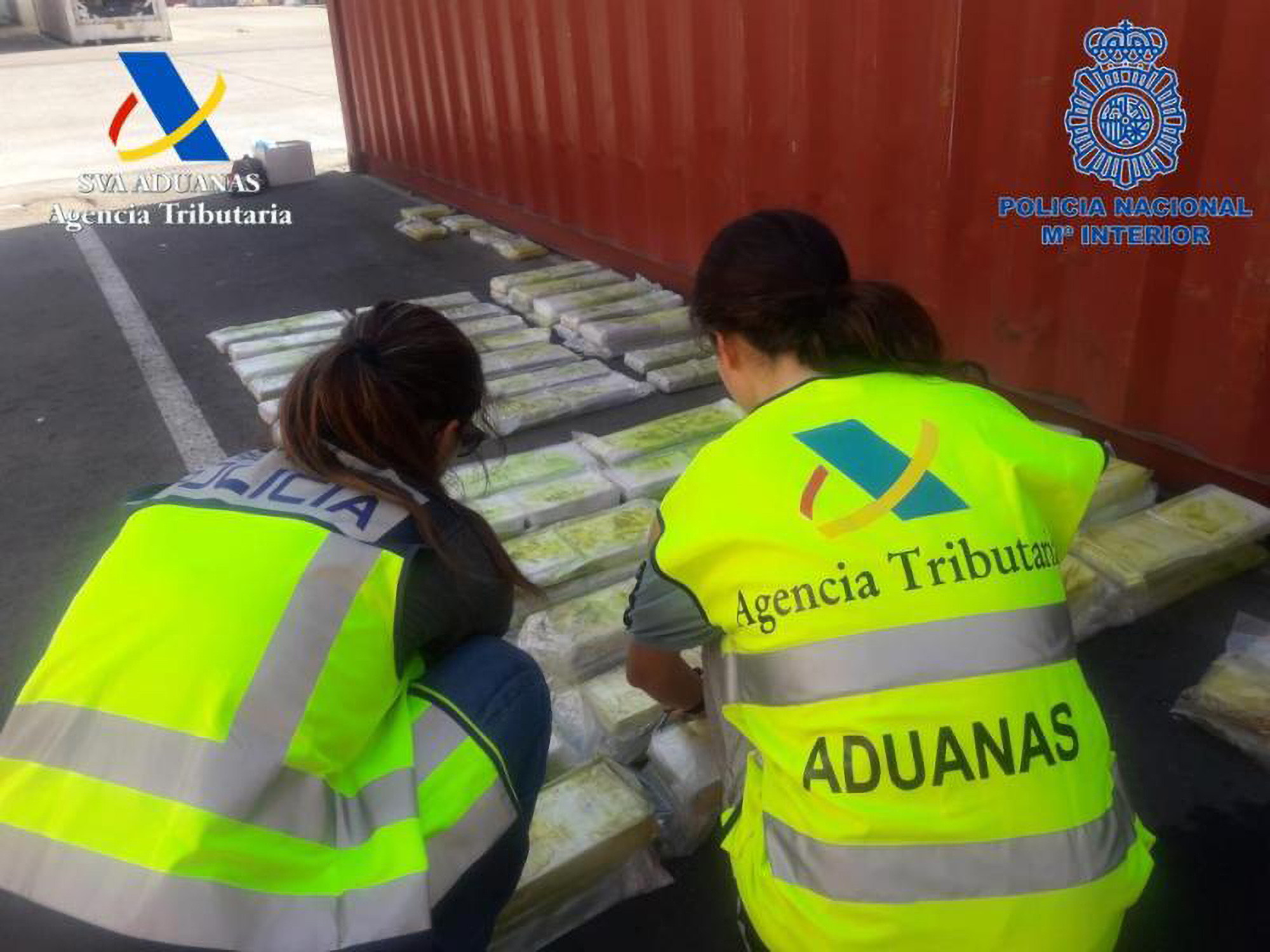 Police seize 534 kilos of cocaine that were transported in a motorhome, n Barcelona, Spain, in undated photo. The motorhome has been waiting in South America since 2019 to be transported due to the restrictions caused by Covid-19. (Zenger)

A plot to smuggle more than $60 million of cocaine stashed in an RV disguised as an outward-bound motorhome has been smashed by police in Spain.

Anti-narcotics police in the city of Barcelona, in north-eastern Spain’s Catalonia region, found the huge shipment coming into the country in a motorhome on a boat from South America.

Traffickers had disguised the vehicle with two kayaks on the roof and a bike rack to pass it off as an ordinary motorhome.

But when police stopped and searched the truck on arrival in the Port of Barcelona they found 534 kilograms (1,177 pounds) of cocaine hidden in the bodywork, as can be seen in this footage of the bust.

The Ministry for Public Administrations (MPA) said in a statement on July 27: “Agents of the National Police in the Basque Country and officials of the Customs Surveillance Service of the Tax Agency have seized 534 kilos of cocaine in the Port of Barcelona that were hidden in a motorhome.”

The confiscation was celebrated by local officials.

Spanish Minister of Parliament Denis Itxaso said: “The value of the drug in the retail market would have risen to more than 60 million euros [$60.7] and its main destination was Euskadi.”

Euskadi is the name Basque-speakers give to the Basque region of Spain.

The MPA statement continued: “The interception of this motorhome from South America that was carrying cocaine hidden in a false bottom occurred within the framework of a joint operation between National Police officers in the Basque Country and officials from the Tax Agency’s Customs Surveillance Service.

“To introduce the drug into Spain, at the end of 2019 the organization had sent the motorhome by boat with two kayaks and a bicycle rack with the idea of faking a shipment to practice outdoor activities.

“More than two years later, and having overcome the health restrictions caused by COVID-19, the vehicle was sent back to Spain, finally being intercepted in the port of Barcelona.

“Within the framework of the same actions, two members of the criminal organization have been arrested.”

They went on: “The sophisticated strategy of the criminal organization involved the use of foreign trade channels to export a motorhome to a South American country, simulating that it was going to be used for outdoor activities.

“While members of the criminal organization traveled by plane to South America, the motorhome was transported on a ship that left Spain at the end of 2019.

“In all likelihood, the organization’s expectation was to return with the drug in a few months, but the COVID-19 pandemic, with the consequent closure of borders, stopped the operation.

“The criminal organization was patient, and possibly convinced that the strategy it had designed would be fruitful, it waited for the normalization of maritime transport to take the motorhome back to Spain by sea, two and a half years after starting its trip.

“However, during all this time, the UDYCO of the Bilbao National Police and the Customs Surveillance Service of the Tax Agency in the Basque Country had maintained tight control over the objectives of the investigation.”

The statement added: “As soon as the motorhome was presented to Customs in the port of Barcelona, a joint team from both institutions proceeded to inspect it and discovered a hidden compartment which, in turn, hid a perfectly concealed double bottom that had been built in the basement. This double bottom concealed 333 packages, weighing 534 kilos [1,177 pounds] of a substance that, once analyzed, turned out to be highly pure cocaine.”