John Wood, 62, and his wife Gemma, 38 wed on October 5, 2019, with the day themed around Monty Python and the Holy Grail.
By Simona Kitanovska July 29, 2022
Facebook
Twitter
Linkedin
Email 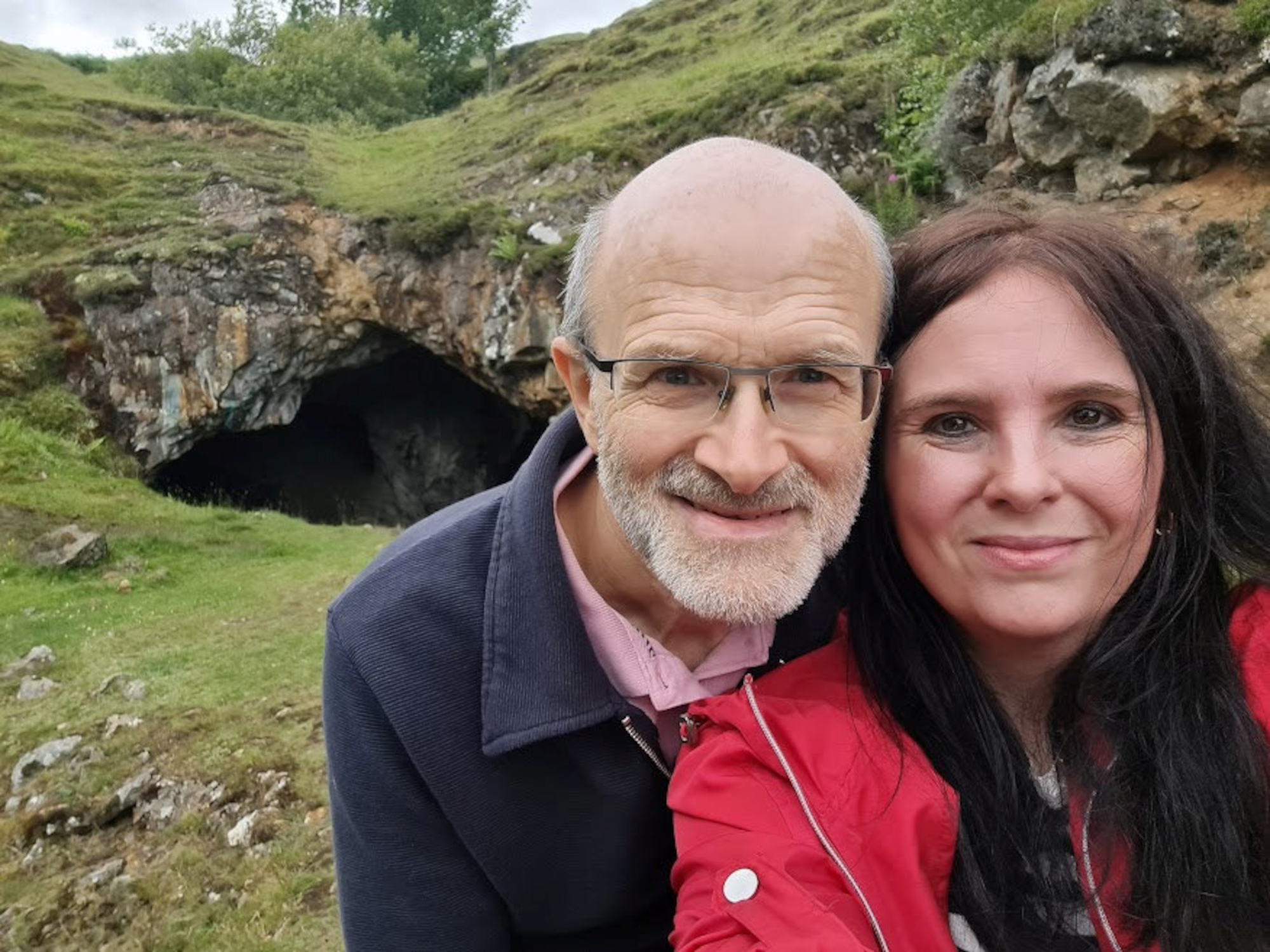 John Wood and his wife Gemma pose for a selfie on their honeymoon in Scotland, which lasted from July 11 to July 14, 2022. The couple had a Monty Python-themed wedding and brought props on their honeymoon so they could recreate scenes from the Holy Grail. (John Wood, SWNS/Zenger)

A couple who had a Monty Python-themed wedding brought props including a bloodied ‘killer rabbit’ so they could recreate scenes from the Holy Grail on location in Scotland, in the U.K., for their honeymoon.

John Wood, 62, and his wife Gemma, 38, fell in love after her uncle spotted a story in The Sun about a Monty Python-themed dating site that John set up after getting divorced.

Gemma got in touch and the couple hit it off.

They wed on October 5, 2019, with the day themed around Monty Python and the Holy Grail, with props including a china white rabbit which they painted with blood.

Gemma, who works as a social media manager, made a hand grenade which was used by ringbearers, and which they also brought to Scotland for their honeymoon.

They visited Doune Castle, Stirling, in the U.K., where much of the cult classic was filmed, and were delighted to find there were real swallows there.

They also visited Stalker Castle, Argyll and Bute – named the Castle of Aaargh in the film.

At the Tomnadashan mine near Killin, Perthshire, which featured as the Cave of Caerbannog, they recreated the ‘Killer Rabbit of Caerbannog’ scene.

They had also hoped to visit the Bridge of Eternal Peril but were unable to as it was too remote and a guide wasn’t available.

Wood, from East Grinstead, located in England, in the U.K., said: “The Holy Grail was filmed in Scotland, Doune Castle was where they filmed most of it.

“We were waiting for COVID to go away and had booked the hotels and had to cancel.

“We went to the castle at the end of the film where it ends and the police arrest them.”

Documentary maker Wood got hooked on the comedy shows when he was just nine years old, in 1969.

He used to listen to vinyl records on repeat because there was no video at that time.

The honeymoon lasted from July 11 to 14.

Wood, who found his love of Monty Python was not shared by his ex-wife, has seen Spamalot 20 times.

He added: “It is a fantastic mix.

“They are using contemporary language with ancient language.

“It is all about taking life less seriously.

“We talk about it all the time.

“Things happen in life that remind us of the sketches.

“I’ve loved it ever since I was a kid, when I first watched it I was nine.

“A lot of people tell me that they’ve grown out of it as they’ve got older, I can’t understand that.

“Gemma brought a homemade hand-grenade with her from the wedding.

“The rings were in it and the best man took the lid off and got the rings out.

“We brought it up with us, as well as a white rabbit which had blood painted on it.

“We did silly things at the cave, we had a fantastic time.”