The old location was on Paddington’s Platform One which is now used by the Elizabeth Line. 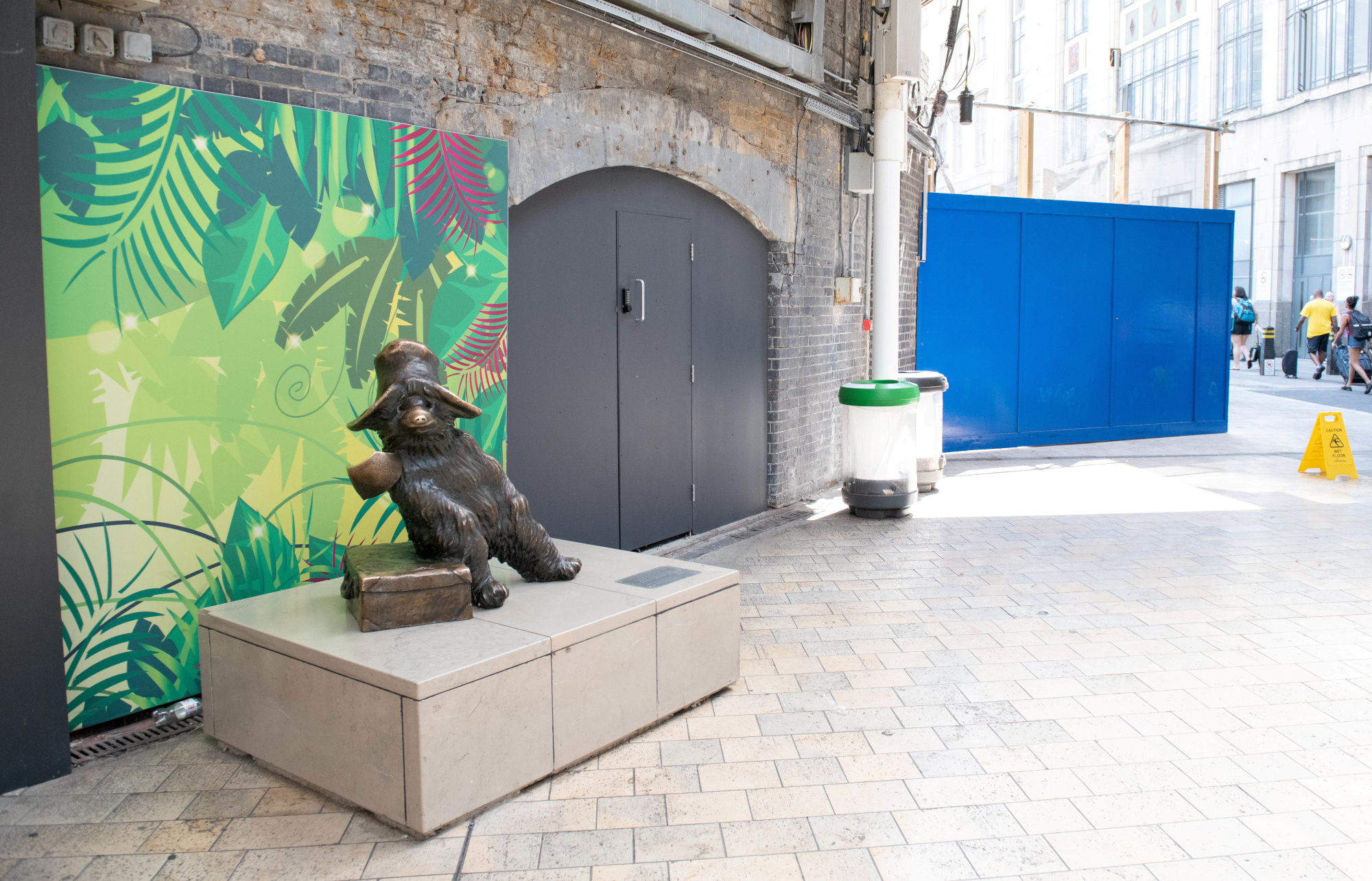 A campaign to move a statue of Paddington Bear back to its original position at the railway station where he was ‘discovered’ has been launched by TV presenter Martin Roberts.

The Homes under the Hammer host, 59, wants the iconic figure returned to where the fictional bear was found by Mr. and Mrs. Brown at the west London travel hub in the original book.

Roberts, who’s a lifelong fan of the popular fictional character, made a plea for support to his 51,800 followers on Twitter as he bids to get the statue returned to its original location under the station’s clock.

More than 3,700 people have ‘liked’ a video of Mr. Roberts expressing his outrage and over 300 commented.

The old location was on Paddington’s Platform One which is now used by the Elizabeth Line.

Its new location is by the station’s main entrance toward Platform 12 next to a pasty shop.

Roberts said: “I know there are more important issues in the world, but the Paddington Bear statue at Paddington station has been moved to a terrible location.

“I’ve seen so many people go to that statue where it was under the clock. It brings so much joy.

“People travel from all around the world. People bring their families down to London for the first time go to the statue and have their picture taken. It’s just absolutely lovely to watch.

“It’s a real shame it’s gone to where it is now. It’s a truly rubbish location.”

Among people to offer their support was Eleanor Scott who said: “When I went to Paddington to go to Eurostar, I didn’t see him. For the love of God, move him back!”

John Wood said: “We were there last month and couldn’t find it … my daughter was gutted … please move it back.”

And Alex Marsh replied: “Went recently with my daughters to show them where he had always been before, back when I was a regular commuter.

“They, and I, were gutted we couldn’t find him. Glad I’m not going senile at least and had not misremembered his location”

Network Rail says the Paddington statue was moved because there is now an emergency exit near the original spot.

A spokesperson said: “Sadly Paddington had to be moved as his previous location is now an evacuation route and it could cause issues in an emergency.

“The good news is that the statue is being improved with Paddington set to get a new pedestal and backdrop.”

However, Roberts said that, while he was in favor of health and safety, there was “plenty of room” for the statue to be returned to its original spot under the station clock.

Now he is urging Paddington fans to leave labels on the statue asking for Paddington to be returned to his original spot.

The famous fictional bear takes his name from the station and in the story, he is found by Mr. and Mrs. Brown when he arrives from ‘darkest Peru’.

The bronze life-sized statue was designed by sculptor Marcus Cornish and unveiled by the story’s author Michael Bond on February 24, 2000.