Cannaway was sentenced over video link to 14 months of detention in a Young Offender Institution on Wednesday, July 27. 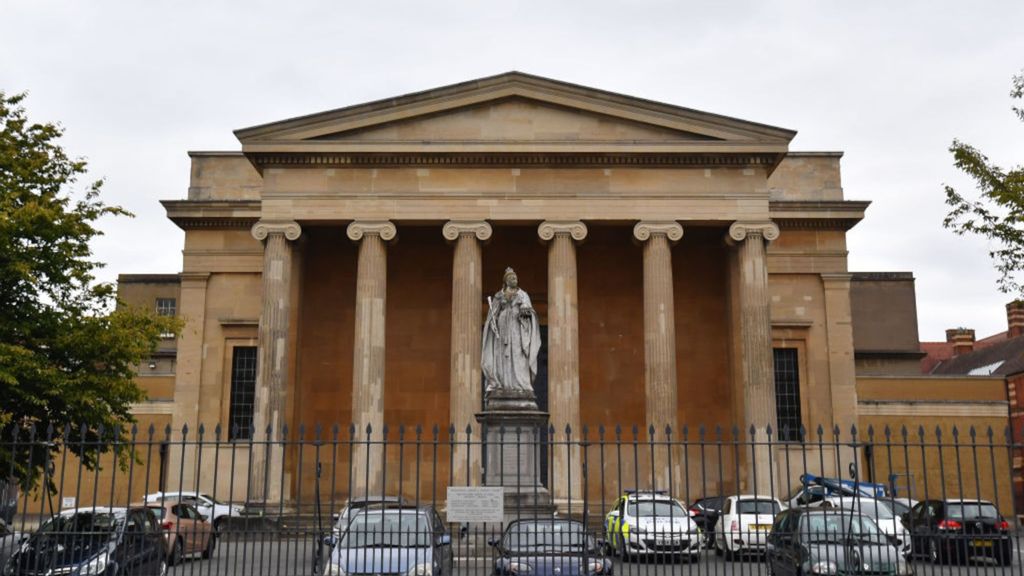 A baby-faced teenage miscreant with a long history of offenses has finally been jailed after he attacked a mother who stuck up for her bullied son – by punching her in the breasts.

Kyle Cannaway, 19, has been making residents’ lives a misery in Worcester, England, in the United Kingdom, with his loutish behavior and already has 43 convictions to his name.

The rebellious teenager was previously slapped with a court order banning him from spitting and throwing stones or eggs and prohibited from entering downtown Worcester in the west of England.

He also narrowly avoided jail in January after he tried to rob a man by pretending his mobile phone was a gun.

And Cannaway was once again hauled before a court this week after he threatened a 15-year-old boy and then punched the boy’s mother repeatedly in the breasts.

A court heard the boy phoned his mother when confronted by Cannaway and she arrived at the scene to warn: “Leave my son alone.”

But the teenage thug responded by spitting at the woman’s car window, and then opened her car door and punched her repeatedly in the chest.

Cannaway then began swinging punches and spat in the face of a police officer who arrived to detain him at the scene.

He admitted in Worcester Crown Court to charges of having committed assault by beating, threatening behavior, as well as assaulting an emergency worker.

Cannaway was sentenced over video link to 14 months of detention in a Young Offender Institution on Wednesday, July 27.

Sentencing, Queen’s Court Judge James Burbidge told the offender, “You don’t seem to be able to help yourself.

“I do accept you have real issues and were exploited as a child, but the public needs occasional rest from people who can’t help themselves.”

Prosecutor Naomi Nelson-Cofie said the incident took place on June 17 when the boy was on his bicycle and Cannaway shouted ‘what are you looking at?’

She said: “Cannaway changed his stance, putting up his fists as if he wanted to fight with him.”

The boy called his mom on the phone who came to the area by car but Cannaway remained in the area, ‘hiding in bushes’.

Prosecutor Nelson-Cofie added: “She asked the defendant to leave her son alone.

“The victim was sitting in the vehicle when the defendant walked up and spat at the car window.

“Cannaway then forced open the car door and punched the woman ‘several times to the breast area. She was left with obvious bruising.”

The court heard the defendant suffered from autism, attention deficit-hyperactivity disorder, post-traumatic syndrome, autistic traits, and ‘a mental age equivalent to someone between nine and 12 years old.’

At the time of the attacks, Cannaway was in breach of two suspended sentence orders, one for attempted robbery and another for criminal damage.

This was also the sixteenth time he had breached a criminal behavior order put in place to control his aggressive antics.