Grace Westwood has been kept alive with the miracle device since last May while her frantic parents searched for a donor. 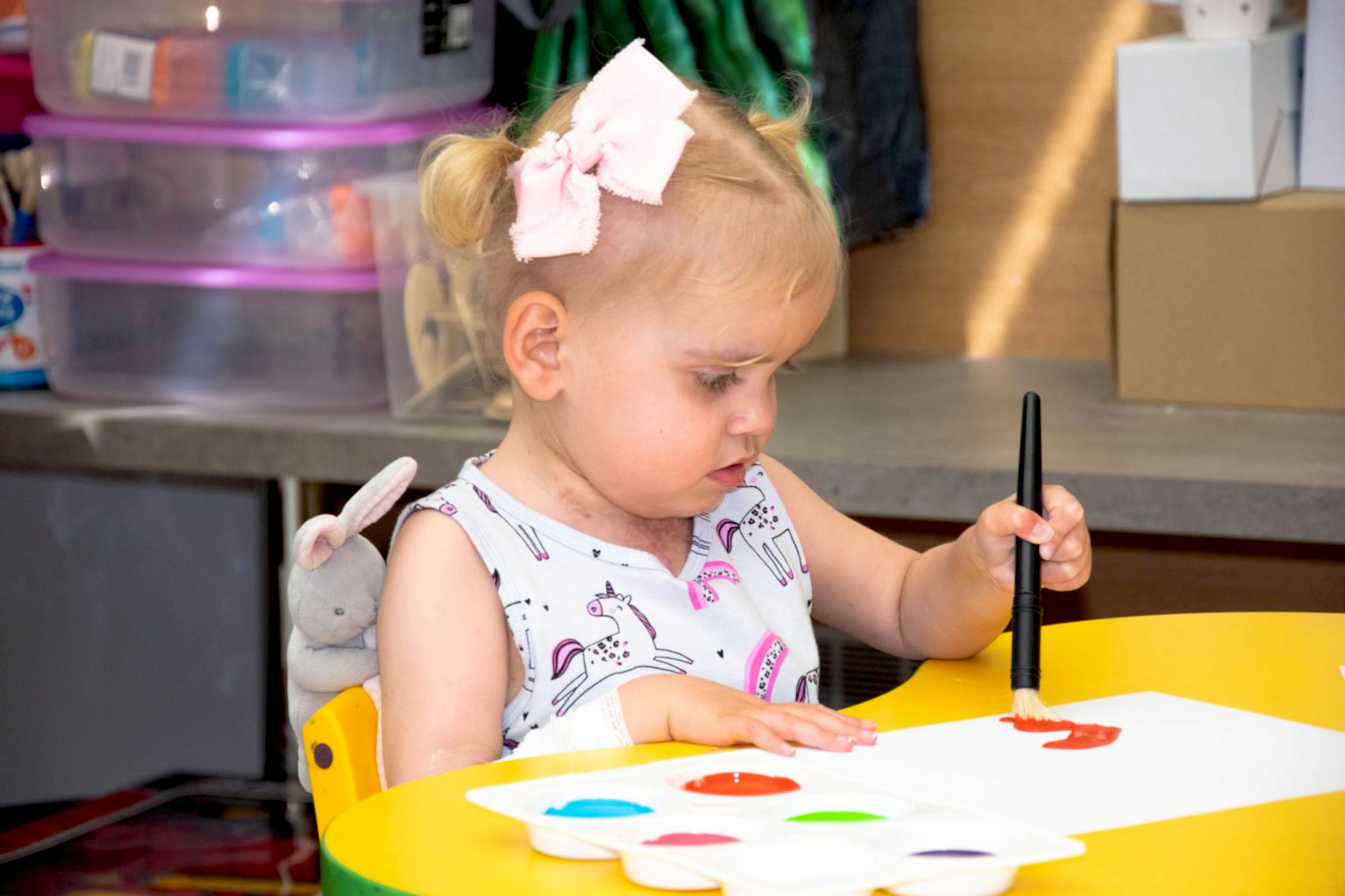 A two-year-old girl who was the first child in the U.K. to have a mobile heart fitted has finally been allowed home after receiving a life-saving transplant.

Grace Westwood – who was born with a heart muscle disease – has been kept alive with the miracle device since last May while her frantic parents searched for a donor.

But after she underwent the tricky 12-hour operation at the Newcastle Freeman Hospital this month, she has now been given the all-clear to the delight of her parents.

The child was first admitted to the hospital when she got sick in March 2020, and later became one of the longest people left waiting on the urgent transplant list.

And in May last year, she was fitted with a mobile “Berlin Heart” driving unit, meaning that she could go to the park for the first time.

But in July this year, her stunned parents, Darren Westwood and Becci Jones, got the call say a new donor heart was available for their little girl.

Westwood said: “One of the transplant coordinators said there was a match and I think for the first ten minutes it just didn’t sink in as Grace had been waiting for such a long time.

“We’ve always tried to stay really positive as a family and taken each day as it comes but when that day finally came it just felt surreal.”

Jones said she had found out that their daughter was going to get a new heart from Darren (Daz), adding that she was equally shocked by the news.

She said: “When Daz rang it just didn’t seem real – I think I was in shock as we’d been waiting so long for the news – it was an extraordinary day and I cried a lot.”

Westwood said he was left emotional when the time came for Grace to have the complex heart operation earlier this month.

He said: “It’s hard giving your little girl away to the surgeons, you just have to hope for the best, I remember us walking away and just starting crying.

“It would be 12 hours until we could see her again but fortunately everything went well.”

It has been a remarkable but difficult journey for Westwood and Becci, who moved to the North East from their hometown of Birmingham, located in England, in the United Kingdom, during the pandemic.

After Grace fell ill, she was airlifted to the Newcastle Freeman Hospital, where she was fitted with her ground-breaking artificial heart, letting her regain some independence.

Now, Grace is finally getting to go home with her big brother, Josh, and one of the first things they do will be a trip to the beach.

However, her family are still mindful that someone else has gone through their own personal tragedy and made the decision for their child to become a donor.

Jones said: “It’s really hard to put into words the gift that family has given us – they’ve lost a child but given us so much.

“They’ve given us Grace’s life and I really hope they get a little bit of comfort knowing what they’ve done for us – thank you just isn’t enough.”

Westwood added: “Grace is like a different child and just to hold her with nothing attached, is just amazing.

“Just to see her walking without being tethered to a machine is amazing.”

As the family prepares to go home, they’re mindful that some of Grace’s friends are still on the ward facing that same wait.

Westwood said: “We know other families are in the same position we were – the only advice we can give is to try and stay positive as there are some incredible people out there.

“Anything we can do to raise awareness of organ donation is so important.”

Jones also had mixed emotions about leaving her “second family”.

She said: “The staff and the hospital have been amazing – we’re so happy to be going home but slightly nervous too.

“We are so thankful to all the staff at the Freeman who have gone above and beyond for us.”

Consultant pediatric cardiologist Dr. Abbas Khushnood said: “It’s very unique and rare where patients have to be on mechanical support device to keep the heart pumping for such a long period of time. Grace has been very lucky.”

“To see someone like Grace, who has had such a long journey, eventually getting a heart transplant just gives us more hope for younger children with heart failure to be able to get a transplant.”