The images were obtained from the Office of Strategic Communications of the Armed Forces of Ukraine on Tuesday, July 26. 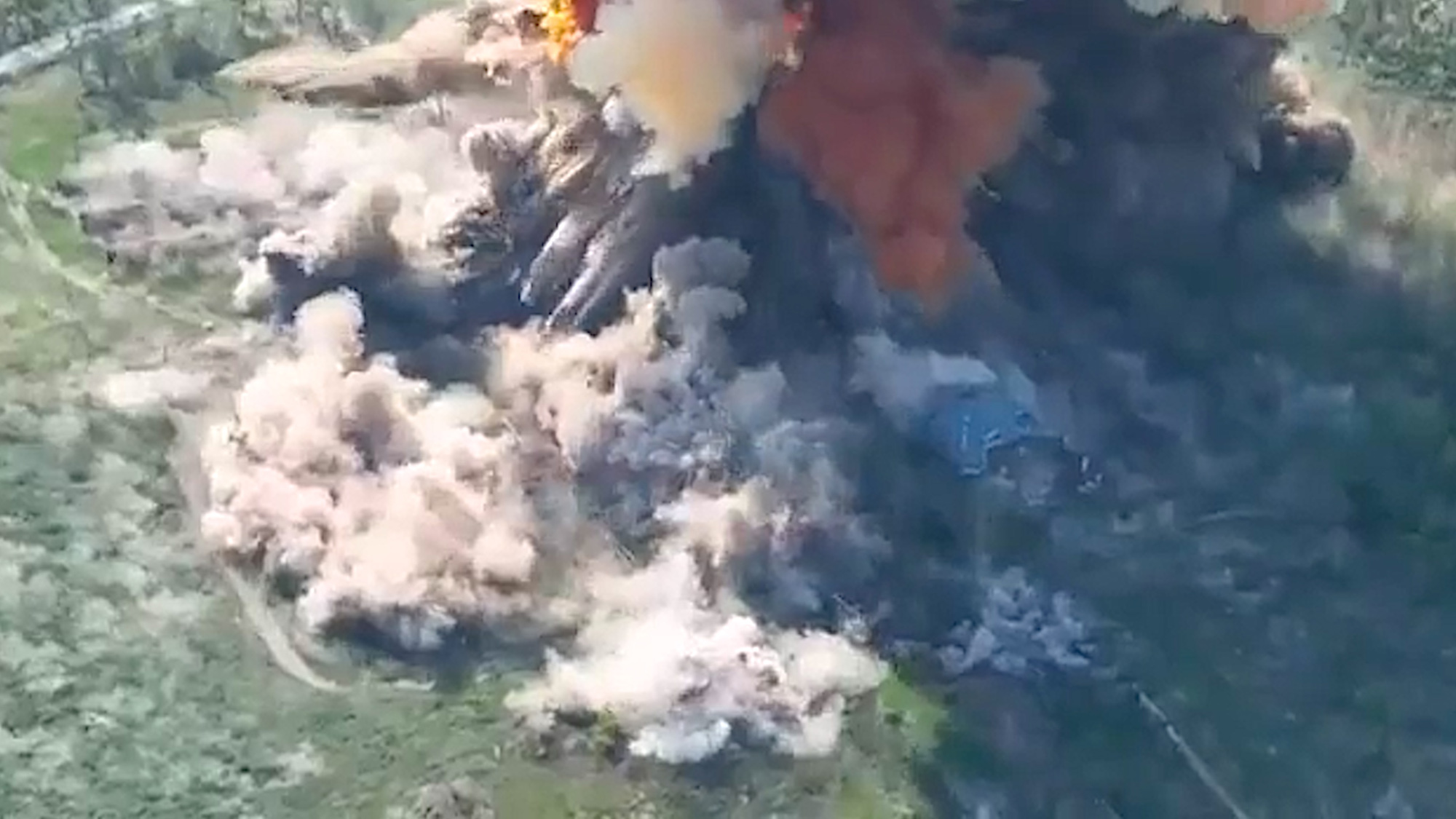 Russian ammunition depot explodes as it is destroyed by the Ukraine Armed forces in the Kharkiv region in Ukraine in undated footage. Strategic Communications Department has also claimed that Russian military personnel was destroyed during the attack. (@AFUStratCom/Zenger).

Ukrainian forces have once again shown off their mastery at blowing up Russian ammunition depots, with this latest one in the Kharkiv region going up in smoke, as can be seen in these images.

The images were obtained from the Office of Strategic Communications (StratCom) of the Armed Forces of Ukraine on Tuesday, July 26, along with a short statement saying: “In the Kharkiv region, another field ammunition store and personnel were destroyed.”

Ukrainian forces have had considerable success in recent weeks blowing up Russian ammunition depots in a strategy that is geared toward hobbling the invader’s ammunition supply chains.