Ukrainian Marines Take On Russians In Push Toward Occupied Kherson

The footage was obtained from the 35th Marine Infantry Brigade of the Ukrainian Navy on Tuesday, July 26. 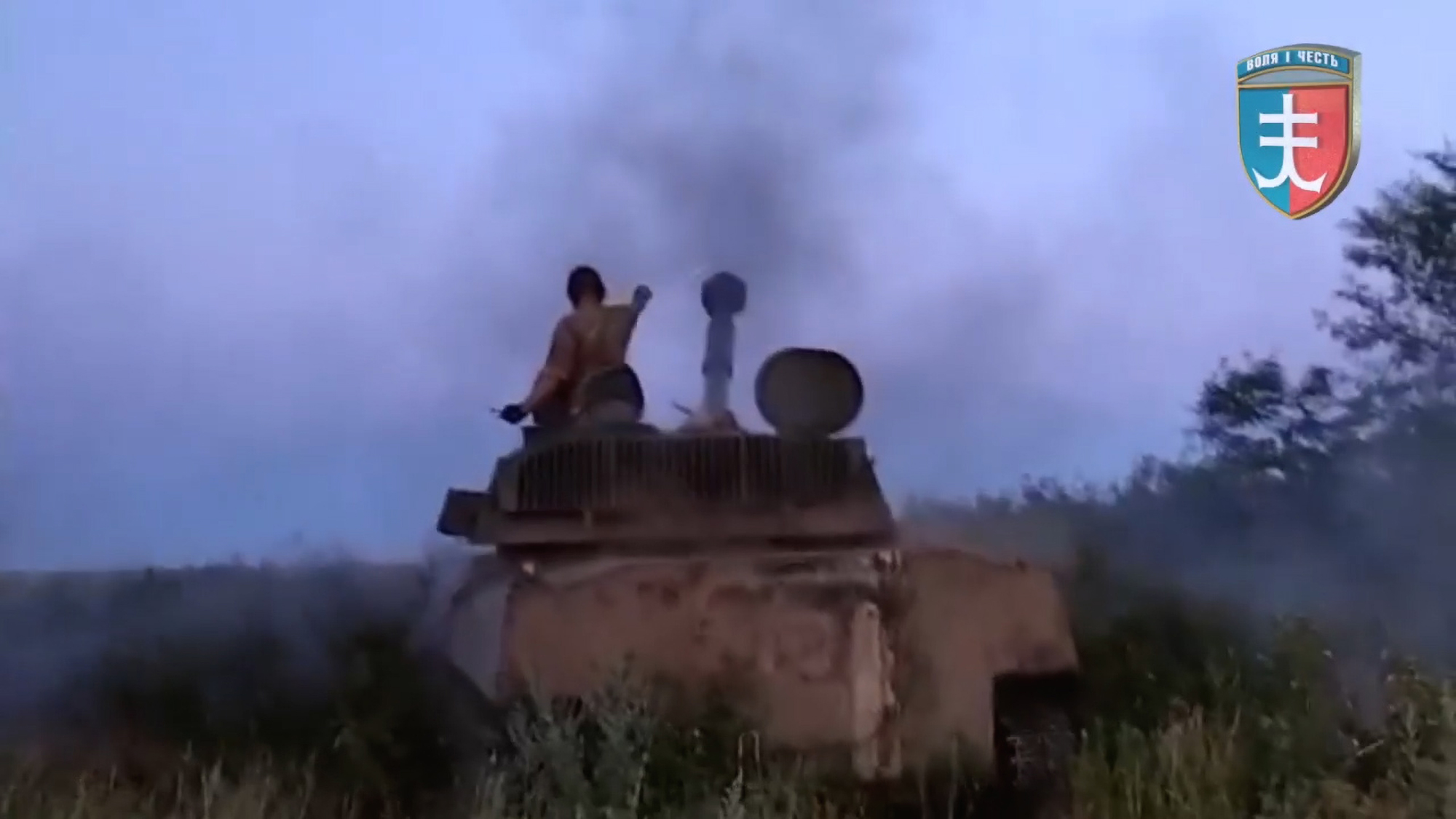 Soldier of the 35th separate marine infantry brigade named after Rear Admiral Mykhailo Ostrogradskyi stands on a tank in undated footage. The brigade works against Russian enemies in the Kherson direction, Ukraine. (@35obrmp/Zenger)

These images show Ukrainian marines fighting Russian forces in a push toward the occupied city of Kherson.

The footage was obtained from the 35th Marine Infantry Brigade of the Ukrainian Navy – also known as the 35th Separate Marine Infantry Brigade named after Rear Admiral Mykhailo Ostrogradskyi – on Tuesday, July 26, along with a short statement saying: “Artillery soldiers from the 35th separate brigade of marines named after Rear-Admiral Mykhailo Ostrogradsky are diligently ‘practicing’ on enemy positions in the Kherson direction.”

They added: “The Cossack bloodline will never die, its glory has been flowing since ancient times.”

The Cossacks are predominantly an East Slavic Orthodox Christian people group originating in the steppes of Ukraine. They have historically been semi-nomadic and known for their martial prowess. The Turkic kazak word ‘cossack’ typically means “adventurer” or “free man”, according to the Encyclopedia Britannica.

The images and the statement were also relayed by the Navy of the Armed Forces of Ukraine and by the Center for Strategic Communications and Information Security, which operates under the umbrella of the Ministry of Culture and Information of Ukraine.

Zenger News contacted the 35th Marine Infantry Brigade for further comment, as well as the Russian Ministry of Defense, but had not received a reply at the time of writing.