The footage was obtained from the Security Service of Ukraine (SBU) on Tuesday, July 26. 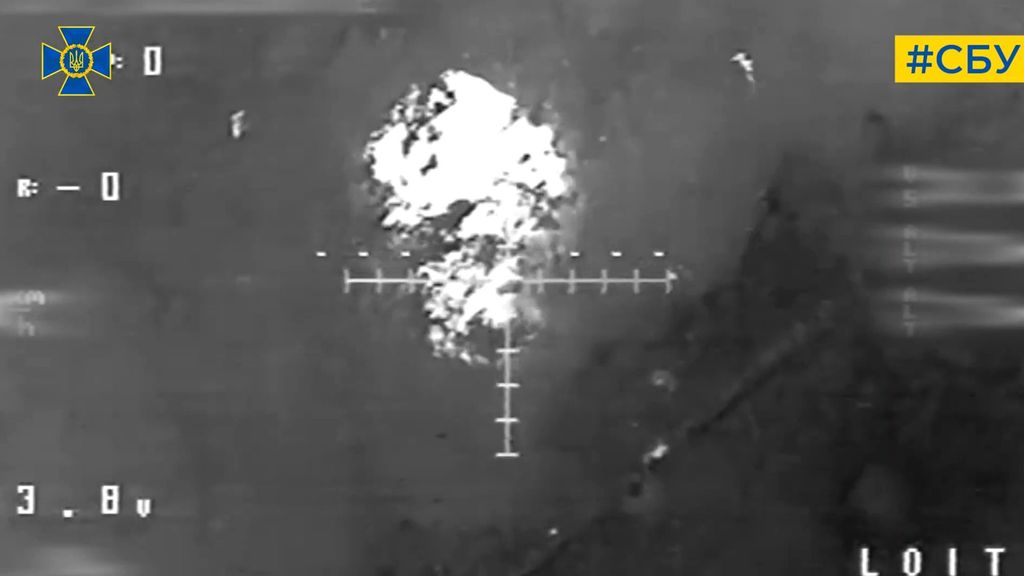 They released these images showing the Russian tanks being hit from above just days after showing how they blew up a T-72 tank using the same tactic of dropping a bomb on it from above using a drone.

The footage was obtained from the Security Service of Ukraine (SBU) on Tuesday, July 26. It includes images of the first Russian T-72 tank being blown up a few days ago, as well as two additional T-72 tanks that the SBU has now said they have also destroyed.

The SBU is the main Ukrainian intelligence and security agency that conducts counterintelligence and anti-terrorism activities. It operates under the direct authority of the President of Ukraine.

They said that they had taken out three Russian T-72 tanks over the last few days, adding: “Our work on improving the statistics of Russian losses in Ukraine is still in full swing.”

The images come days after the SBU said that they had destroyed a T-72 and taken out 15 Russian soldiers using a weaponized drone. The T-72 was first designed by the Soviet Union in the late 1960s, before entering service in the early 1970s.